There’s been a lot of talk recently about the responsibility of journalists to tell the truth.

However, there seems to be one part of the news-making equation that has so far been given a free pass, and that’s the information provided to newsrooms by PR.

Due to cutbacks in journalism, and the demands of the new media environment we live in, short staffed newsrooms are tasked to produce high quantities of content every day. Some are even faced with unprecedented output quotas to compensate for the newly diminished workforce.

Something has to give in this scenario, which means an increasing percentage of journalistic output is reliant on the information fed through by PR.

According to the PR Census 2016, the PR industry employs 83,000 people in the UK. In comparison, a Labour Force Survey released in June 2015 discovered that 64,000 people were involved in a job role concerned with journalism (e.g. editor, reporter etc.). That’s a big difference, so perhaps it’s time we started talking about the responsibility those working in PR and advertising have to the general public.

This responsibility is one taken seriously by the vast majority of PR professionals. David Woodward is a former journalist who is currently a strategy director at Weber Shandwick, one of the world’s leading public relation firms. He is acutely aware of the situation PR currently finds itself in.

Our business is founded upon relationships with a free press. Professional journalists rely on us to tell them the truth, and in turn share that information with audiences who hold all of us accountable. Increasingly, we are also content creators ourselves. Of course, branded content is not journalism. But we must never deceive and always be completely accurate in what we say and advise our clients to say.

In an industry which has the sole purpose of spreading the good word about a client, towing the ethical line when pitching to journalists has been a stumbling point for a selection of brands throughout history.

This needs to stop. As an industry we need to ensure a certain code of ethics is adhered to. And while agencies are bound to the rules of bodies such as the PRCA, legislation shouldn't be the only thing stopping false claims getting out into the world.

Here are three ethical pillars of public relations and advertising professionals -- that under no circumstances should be breached. It's a steadfast list, which leaves the door open for the odd superlative here and there. After all, we are in the business of marketing.

This is the over-arching theme for this entire post, so to include it as a separate point might appear redundant. However, I believe it’s an area worth indulging in. As does Becky Merchant, an account manager at the Stand Agency in London.

It is the responsibility of Public Relations practitioners to ensure that all their communications are accurate and they offer truthful and insightful stories to cover. While organizations no doubt have to be more transparent these days, 2017 is no different from other years; it’ll always be the responsibility of PR to represent clients in an accurate and honest way.

While accuracy and honesty might have been the responsibility of PR ever since Edward Bernays set up shop in New York City back in 1919, it’s certainly the case that things have come in leaps and bounds since then. Take the 1940s for example, a time where claims like the one below were allowed to go out in front of millions without being questioned … 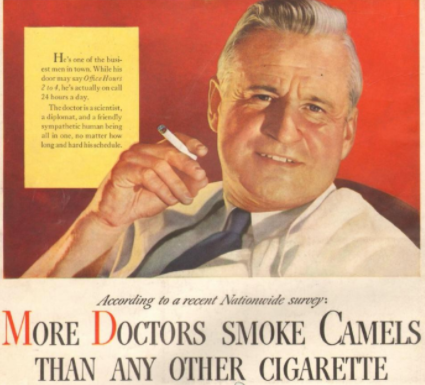 Camel cigarettes actually ran with this slogan for eight years, and it was even featured as an advert in the American Medical Associations official journal. It will come as no surprise to learn that the recent nationwide survey was carried out by an agency who had supplied said physicians with cartons of camel cigarettes just days earlier.

While it’s tempting to look back and laugh, it’s worth reminding ourselves that these practices are still happening today for example … 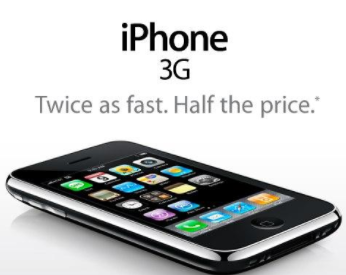 Yes, the iPhone 3G courted controversy when the announcement press release read like this…

Neither of these claims turned out to be true, and when consumers decided to complain, the matter went to court. Apple’s lawyers responded with a less than solid defense

No reasonable person in the plaintiff’s position could have reasonably relied on or misunderstood Apple’s statements as claims of fact.

Arguing that consumers shouldn’t believe their own marketing messages is probably the exact opposite of what you should be doing. As you would expect, this bonkers reaction generated a lot of negative coverage across the media. The whole thing could have been avoided through a bit more honesty from the get go.

As the previous point touched on above, calling something a nationwide survey -- when It really isn’t -- is bad form. Besides the fact that journalists will probably ask for at least some documentation to back up your claims, lying about the public’s perception of certain issues is just not cricket.

When it comes to sharing internal statistics or survey results, there really is no excuse for anything but the cold hard facts.

Here are a few golden rules to stick to when carrying out your next piece of market research.

Around 10.5 million Volkswagen cars worldwide were sold under the pretense that they were fitted with a 'ground-breaking clean diesel' engine … that never actually existed. In September 2015 it was revealed that in fact these vehicles were emitting 40 times the level of emissions they said they were.

Civil suits could inflict Volkswagen with an excess of $45 billion in fines, and the company’s reputation has been almost irreversibly tarnished. And let’s not forget about the environmental impact of all this.

While manipulating data led to more green-thinking consumers purchasing a Volkswagen in the short term, it has put a big question mark over the future of the company in the long term. Now that’s what I call bad PR.

Contrary to what you might think after reading this article, not all misinformation is down to PR. Some of it is down to a message being misconstrued by journalists.

A hastily put together press release which is not clear can be just as damaging as one that is full of bare faced lies.

As explained earlier in this blog, the pressure on journalists in 2017 is astronomical, meaning the time dedicated to sub-editing copy is at a minimum. This means mistakes are more likely to get through unless your press release is clear and concise. If it’s not, you run the risk of being ignored completely, or your message being lost in the final story.

To avoid these outcomes, you need to be competent on the fundamentals, and it’s always handy to brush up on these in an industry that moves at a thousand miles an hour.

Brands being open and honest with the public is proven to be the most important thing to consumers time and time again. An industry survey conducted by Cohn & Wolfe in 2014 stated that the number one behavior people demanded from brands was "to communicate honestly about products and services."

In 2015 a survey revealed that 85% of people were more likely to support brands that are open and honest. And just last year, a survey by Label Insight found that 94% of consumers said transparency from brands and manufacturers was important and impacts their purchasing habits.

So with that in mind, how can an open and honest PR and Marketing agenda reward your brand?

You’re doing your bit for journalists, and stemming the tide of fake news.

This is not just good news for society as a whole, but will result in better relationships within the media - leading to increased coverage of open and honest stories.

Customers will appreciate your transparency, and be more inclined to buy into your marketing and use your services.

The stats don’t lie. And while this is easier said than done in a world of shareholders, quotas and deadlines, companies who strive to stick to a core principle of ethical responsibility will reap the rewards.

You stay out of trouble!

The less time spent in the courtroom the better.

It’s a cut throat world out there, where companies with the best marketing thrive and the rest settle just to survive, if they can even do that. And while journalists and bodies like the Advertising Standards Agency  and the PRCA are in place to protect the public from spurious claims, it's vital that individuals assess the ethics workload and ensure the information the public is exposed to is legitimate.

“The top line is this: we help organisations manage and protect their reputations, either through what they say or what they do. When fake news damages or harms reputations and breaks the public’s trust, we will take steps to undo the damage by insisting on truthful reporting. We have to hold our partners and vendors to the same high standards. We won’t intentionally do business with any business that deliberately traffics in fake news or distributes content to fake news sites.”