How to Convince Your Boss to Invest in Social Media Marketing 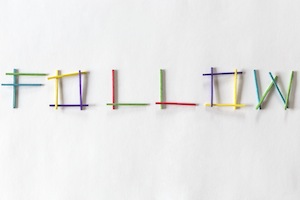 Picture this: You’re sitting in front of your boss, eager to pitch your idea of using social media to engage prospects and market your brand. The only thing standing in the way of your idea's approval is the person in front of you -- a hardened executive whose facial expression says they can’t wait to say "no." Your palms are sweating, as you realize you’re not prepared to defend your position.

Don’t let this happen to you! If you want to convince your boss that social media marketing is integral to your overall marketing success, you'll need plenty of resources to back up your argument.

These scenarios will help you learn how to respond appropriately to each one and support your points with the right data and arguments of your own.

1) "Our prospects don't use social media."

This is probably the first argument you'll hear, especially if you're a B2B company. While not all industries engage on every social media platform out there, you can be certain that most industries do so on at least two or three of them that make the most sense for their brands' interests.

Perhaps the number-one social media platform for B2B industries is LinkedIn. As the "professional-only" site (you won’t see pictures of lattes or comments about cats), millions of people use LinkedIn, as do numerous brands -- many of which take advantage of the site's Company Pages.

Let's use this platform as an example of one you could pitch to your boss as a site you should be using in your marketing efforts.

First, log in to LinkedIn at your boss’s desk and show them LinkedIn Groups. Now, type in whatever your primary prospect’s industry is. From avocado growers, to agricultural groups, to xylophone manufacturers, you’ll find more professional groups represented on LinkedIn than you care to know about.

Then, tell your boss that by joining LinkedIn Groups relevant to your products and services, you can begin contributing to discussions and commenting on posts with valuable information of your own.

Note, however, that spammy comments, sales pitches, and irrelevant input are not tolerated. Be genuine, be smart, and be aware. Engagement must be authentic and helpful to Group members. If it's not, you could be asked to leave. When you join a Group and contribute wisely, you’re establishing credibility and value.

Next, take the same approach with Facebook, Twitter, and YouTube. Find your company’s top-10 prospects on these sites and show their pages and accounts to your boss. Many, if not all, of them will have a presence on one or the other and interact with their customers, leads, and partners through the platforms.

If your prospects are on social media, that tells you -- and your boss -- that they’re accustomed to that way of communicating and understand its value. It also tells you that you’re behind and need to establish a presence of your own!

2) "None of our competitors use social media."

Even if your competitors aren’t on social media (they are), being first on the scene is an opportunity to stand out and keeps you from playing catch-up. It means you’re a big fish in a pool of prospects searching for valuable information that could help them grow their businesses.

In short, the earlier you get in, the better your chances are of making a mark and establishing your expertise and credibility.

If your brand is the "first one in," it won’t be alone for long. Download and show your boss HubSpot’s 2013 State of Inbound Marketing report, which clearly shows that social media marketing is on the rise.

Here’s just one of many statistics you can use to back up your reasoning: 23% percent of marketers invested in blogs and social media during 2013, up from 9% in 2012.

You can also prove that competitors are on social media simply by searching for each of them on the most widely used networks -- including LinkedIn, Facebook, Twitter, Pinterest, and YouTube -- and outlining your competitors’ activities.

After seeing how active one or more of your competitors have been on these sites, your boss may finally decide it's worthwhile to join them on social media and attempt to reach more members of your core audience.

Years ago, I’m not sure if anyone knew just how consumed our daily lives would be with social media. Aaron Lee addressed the subject of social media and its prospects for longevity a few years ago, describing it as a "fundamental change in how we communicate" -- not just a fad to be waited out and dismissed. It seems he was on-point, wouldn't you say?

You can also give your boss a snapshot of social media's impressive growth from 2006-12 by sharing this detailed article by Steven White, which shows considerable growth in pretty much every major social media site during the six-year period.

The numbers bolster the argument that social media is a change to our lives, not just a fad that will have its 15 minutes and go the way of the pet rock. And as networks become stronger, features become richer, platforms become easier to use, audiences become larger, and -- in turn -- brands have greater opportunity to leverage social media to engage with their best prospects and grow their businesses.

Executives want you to get the brand’s message out to prospects and deliver quality leads, yet their perceptions that social media is for young kids sharing fashion photos and videos of cute puppies doing human-like tricks works against its legitimate uses.

To fight this argument, go right back to the State of Inbound Marketing report. It’s full of information related to successful use of social media in generating leads.

The study shows, among other things, that social media is one of the top drivers of leads, that it’s the top driver of reducing the cost-per-lead (CPL) for B2B and B2C businesses, that CPL is actually reduced when social media marketing is used, and that 52% of all marketers surveyed actually sourced a lead from Facebook in 2013. 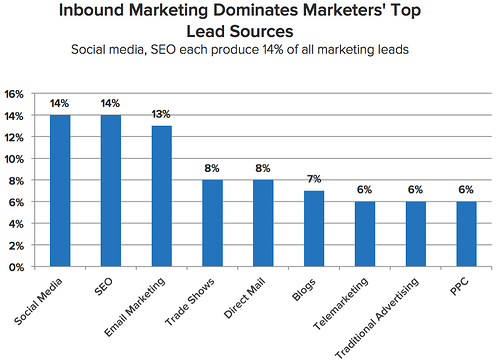 You’re not going to win any arguments about social media without some cold, hard facts, especially if the C-suite executive you’re talking to is a traditionalist who's unfamiliar with the power of social media.

But with a fact-based defense, even the most stubborn exec won’t have any choice but to dive in and start taking full advantage of the networks that make the most sense for his or her brand.

Which social media platform do you want to start utilizing for your marketing efforts that you haven't tried yet? Which ones have worked best for you so far? Let us know in the comments!