A big part of every marketer's job is understanding how and why our prospects behave the way they do. We do our keyword research, we develop buyer personas, and we track where people are most likely to click on our site pages. 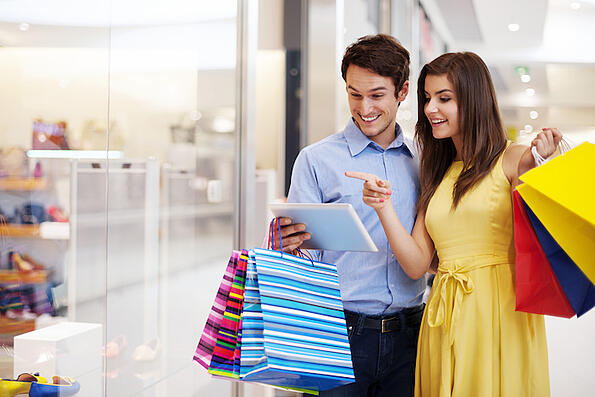 But there’s more to the story. What about the psychology behind your prospects' behaviors? How useful would it be if you could predict or inform their behavior, and then base your marketing on that information?

Armed with a few social psychology lessons, you can get pretty darn close. In this post, I'll tell you about eight social psychology theories that can be applied to marketing to help you reach your target buyers more effectively.

When a person receives a gift, she often experiences warm feelings toward the gift-giver and wants to give something back. This, in a nutshell, is the principle of reciprocity.

Here's what that looks like in action: The UK Behavioural Insights Team found that 11% of people were willing to donate an amount worth one day’s salary when they were given a small gift of candy while being asked for a donation, compared to 5% of those that were just asked for the donation.

Before asking something of your prospects, leads, or customers, provide them with a "gift" first -- as in, something for free. It doesn’t have to be big: Maybe a helpful ebook, a free consultation call, branded company swag, or even a handwritten note. Not only will people be more willing to follow through with your request, but you'll be portraying your company in a positive light, establishing brand loyalty, and leaving a community of brand evangelists in your wake.

In their famous 1966 experiment, Freedman and Fraser send someone around to ask people to place a small card in a window of their home supporting safe driving. Two weeks later, the same people were asked by a different person to put a large sign in their front yard advocating safe driving. The result: 76% of people who agreed to the first request now complied with the more intrusive request, compared to only 20% of people who were never asked to put a sign in their windows and were just asked to put up a large sign in their yards.

The lesson here is that you are more likely to get a big "yes" from someone if you get a small “yes” from them first. A bond forms between the requester and the requestee during the small request, which makes them more likely to comply with a bigger request. Also, people tend to want to act consistently from how they acted in response to the first request.

Don’t ask someone to buy your product or set up an hour-long demo call when they visit your site for the first time. Make a smaller request instead; for example, asking to set up a quick 15-minute call to discuss something indirectly related to your product or service, like a consulting session. Think: Small requests before larger requests.

When utility software company Opower wanted to encourage people to reduce energy consumption at home, it told people, “your neighbors are reducing their energy use” and compared energy usage numbers within neighborhoods. This tactic led to a 4% reduction in household usage, as opposed to simply using the slogan “save energy to save money," which did not produce a reduction in household usage.

Peer comparison is connected to the theory of social proof, which is the positive influence created by finding out that other people are doing a certain action. This influence can lead someone to believe that they should be doing that same action.

In emails and landing pages, show prospects how many people with the same profession have downloaded this certain ebook or template. For example, you could place a ticker beside your social sharing icons showing how many of their colleagues have shared this post to their networks. This peer comparison should encourage both the downloading of the offer but also social sharing. (Check out this post for more ideas on how use social proof on your landing pages.)

Meredith and Wheeler (2008) found that different polling environments impacted how people voted. For example, 56% of voters voted for a pro-school budget increase when voting in a school, compared to 53% of voters who voted in a location that wasn't a school. When reproduced in a lab, these results were found to be statistically significant when reproduced in a lab (64% versus 56%).

Our decisions are influenced by subconscious environmental cues. And at times, these activated cues are strong enough to influence the decisions we make by recalling past memories, attitudes, and predispositions to a certain topic.

When setting up sales calls for a product demo or price negotiation, schedule the call when the potential buyer is in an environment that he or she would be using the product -- usually the office, and not at home.

The theory behind the mere exposure effect is that you are more likely to have good feelings towards something that you are exposed to often. In 2000, Zajonc conducted a study in which it showed participants a series of foreign words, which they were asked to rate based on each word's connotation. The words that were shown repeatedly were rated, on average, one point higher in positivity than words that were only shown once.

Expose your marketing content to your buyer personas regularly by making sure they rank well in search. To succeed, you'll need to get to know your buyer personas like your best friends so your content ranks for a variety of topics they're searching for. The more exposure to your brand's content, the more likely they will feel positively toward your brand.

The theory called the temperature premium effect is that physical warmth elicits positive emotions (or "emotional warmth"). A study published by The Journal of Consumer Psychology found that warm temperatures, which activate positive emotions, can actually increase a consumer’s product valuation. Participants in warm condition were willing to pay more for a pen ($8.72) than those in the cool condition ($7.20).

This is relevant to companies that have storefronts. When choosing your store atmosphere, it may be better to set the ambient temperature on the warmer side (although an optimal temperature has not been recorded in a study to date.)

In one experiment, children who had an interest in drawing were placed into three different experimental conditions: regular rewards, surprise rewards, and no rewards. After the experimentor left the room, the children were observed to measure the percentage of time they spent drawing after receiving their rewards (or lack thereof). Children in the surprise rewards condition drew 18% of their time alone, compared to 13% for those that received no rewards, and 5% for those that had regular rewards.

Try providing your potential customers with surprise coupons or deals, rather than a promotion that exists weekly and at the same time each week.

The scarcity principle goes back to the simple formula of supply and demand: The rarer the opportunity, content, or product, the more valuable it is to a consumer. Worchel, Lee, and Adewole (1975) asked people to rate chocolate chip cookies for their study. They put ten cookies in one jar, and two of the same cookies in another jar. The cookies from the two-cookie jar received ratings twice as high as the 10 cookie jar even though the cookies were exactly the same.

Scarcity is especially powerful for event marketing. If you’re looking to increase ticket sales, it might be worth sending a personalized email to people who haven’t registered yet to remind them that there are only X number of tickets left since so many people have registered. The same could be done for a webinar, or anything that has a limit on the number of registrants allowed.

Which psychological theories do you use in your everyday marketing? Share them with us in the comments below!