YouTube vs. TikTok: Which Is Better for Your Business in 2022?

Short-form video is dominating the social media landscape — and many marketers want to get a piece of the action. But this leaves one important question: which video-sharing platform is worth your time, effort, and money — YouTube or TikTok? 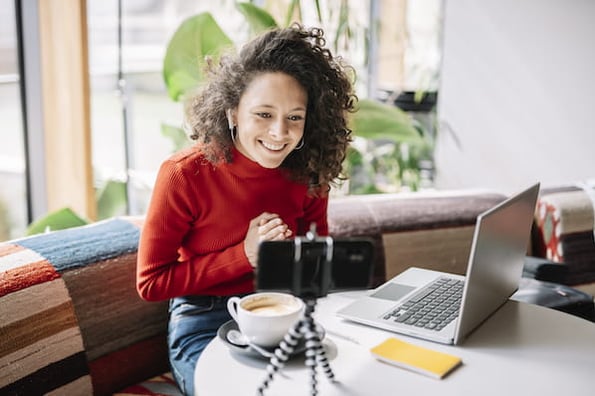 While YouTube is the more mature platform, it's hard to ignore the buzz around TikTok. In order to make the right decision, it's essential to understand their unique audiences, marketing opportunities, and algorithms.

Let's take a closer look at the key differences between YouTube and TikTok — and how to choose the right platform for your business.

With a global user base of more than 2 billion people, it's safe to assume that your target audience is on YouTube. Let's take a closer look at its user base.

The platform is also popular across different age groups. Outside of China, 77% of Gen Z, 75% of millennials, and 44% of Baby Boomers visit YouTube daily. Specifically, the 18-25 year age group commands the largest visitor base.

YouTube attracts a global audience, with more than 95% of the internet population using it. That said, India accounts for the largest audience size, followed by the United States and Indonesia.

TikTok is known as the platform for Gen-Z — and the stats confirm it. Over half of Gen-Z consumers are on TikTok, and 46% of 13-19-year-olds say they use the platform daily.

Unlike Youtube, TikTok's user base skews primarily female (57% worldwide). That figure jumps to 61% for TikTok users in the US. While TikTok's user base is increasingly diverse, there's no denying its popularity among younger female audiences.

TikTok is a global platform available in 154 countries worldwide and in 75 different languages. The United States accounts for the largest user base (120 million users), followed by Indonesia, Brazil, and Russia.

There's no real competition here (yet). YouTube commands an audience of over two billion monthly users — almost half of the entire internet-using population. It's no surprise that one in five social media marketers plans to invest the most in YouTube this year, according to a recent HubSpot Blog's report. 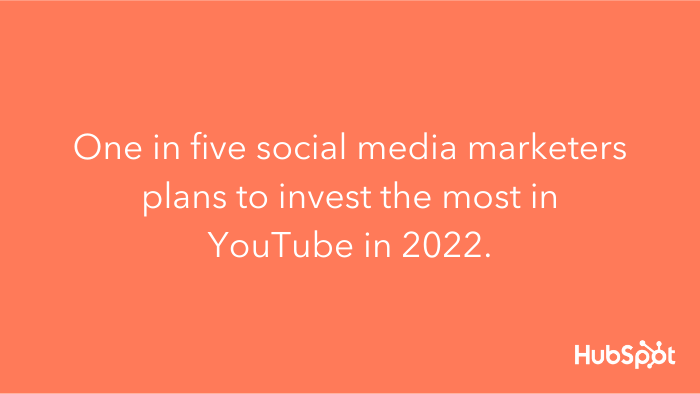 However, TikTok is a relatively new platform with stellar growth year-over-year. TikTok was the most downloaded app in 2019 and 2020, racking up over three billion downloads so far. It also boasts 1.2 billion monthly users, which experts predict will reach 1.5 billion by the end of 2022 — keeping YouTube on its toes.

Additionally, while TikTok doesn't bring in the same monthly users, it certainly wins at engagement. In fact, TikTok is the most engaging of all social media apps, with an average user session of 10.85 minutes. As a result, 52% of marketers who use TikTok plan to increase their investment in 2022. 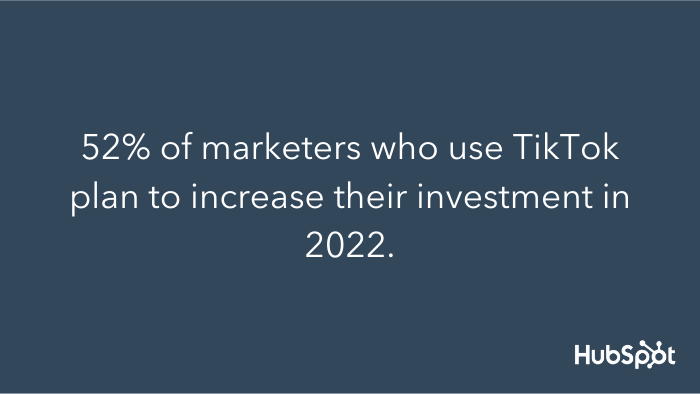 Unlike other social media platforms, YouTube has become the unofficial home for long-form content. For instance, you've likely stumbled upon a 30-minute workout video or even a 2-hour podcast on YouTube.

However, it's impossible to deny the popularity of short-form video content. In fact, 31% of marketers are currently leveraging short-form video, and 29% plan to leverage it for the first time this year. 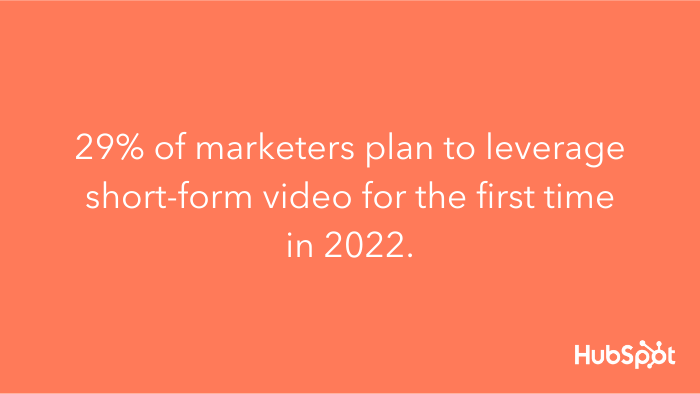 To put it plainly, TikTok is a short-form powerhouse. In fact, the app has become synonymous with fun, "snackable" content that attracts Gen-Z and millennial audiences.

Why does this matter? Short-form video is the most popular and effective social media format in 2022. So much so that 50% of social media marketers plan to leverage short-form video for the first time this year, and 95% of those who already use it will increase or maintain their investment.

Initially, TikTok videos could only be 15-seconds long. However, the app has extended the limit to 60 seconds. For marketers, this means more wiggle room to play around with video concepts. However, this only applies to videos recorded natively on the app.

YouTube ads are powered by Google. You have several ad formats to choose from, including:

YouTube offers a lot of flexibility for marketers to experiment with different ad formats. For example, you can opt for a quick, 6-second ad at the beginning of a video or a 30-second non-skippable ad in the middle of a video.

Despite its "newness," TikTok has become a viable option for brands willing to get creative with their digital marketing. So much so, it launched TikTok for Business in 2021, allowing marketers to create and manage ad campaigns on the platform.

Additionally, there are different ways to advertise on the platform, including:

As we'll discuss later, each ad format on TikTok has a different price tag — so even if you have a smaller budget, you can play your cards right with a solid strategy.

YouTube follows a cost-per-view pricing model. Each view can cost between $0.10 and $0.30, depending on your industry and target keywords. You only pay when a user takes action — such as watching the entirety of your ad or clicking on a call-to-action.

You can spend as little or as much as you want. However, most businesses invest $10 or more a day to run an advertising campaign on YouTube. If you set a daily budget, Google will only charge you up until that amount, making YouTube ads a relatively safe investment.

If you decide to advertise on TikTok, you can select a daily or lifetime budget that can be adjusted at any point during your campaign. However, at the campaign level, you must have a minimum daily and total budget of $50. For an ad group level, your budget must exceed $20 daily.

It's also important to note that TikTok doesn't use cost-per-click as a metric. Instead, it uses cost-per-mille (CPM), which means cost per 1000 views. TikTok ads start at $10 per CPM, so it's possible to make an impact at a relatively low cost.

Which platform is right for your business?

One final question remains — which platform is better for my business? Ultimately, the answer hinges on several factors.

First, who is your target audience? As you can see, both YouTube and TikTok boast diverse audiences, but TikTok commands a younger, predominantly female audience. YouTube, on the other hand, is popular across multiple age groups. To state the obvious, you should prioritize the platform that will reach your audience.

Second, what type of content do you want to make? Does it lend itself more to lighthearted, snappy videos or longer, more in-depth ones? Is 15 seconds long enough to convey your message, or do you need more time?

Lastly, it's important to consider your budget. YouTube offers more flexibility in choosing a daily budget. And, since it follows a cost-per-view pricing model, you only pay when a user takes action. To run a campaign on TikTok, you must commit to a daily budget of $50, which quickly adds up.

With these questions in mind, you have a better idea of which platform is right for your business. But remember, marketing is all about experimentation. You don't need to commit to one platform right away — in fact, it may be useful to run side experiments on both to see what results you get.