Never Heard of 'Graymail'? Here's What You Need to Know 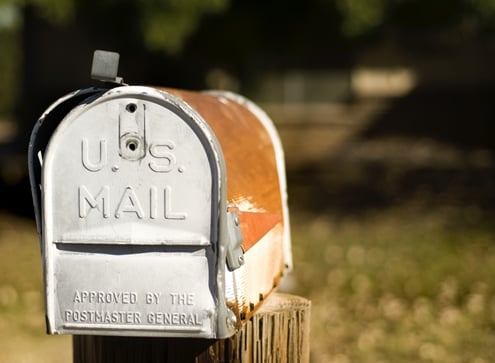 You may know it as ham. Or bacon (spelled 'bacn'). I guess email marketers have a penchant for meat products.

Most people, however, just call it graymail.

Never heard of it? I hadn't either, until a coworker casually dropped it in conversation and left me with a few dozen follow-up questions. Here's what I learned.

Graymail is email you opted in to receive, but don't really want.

For instance, you know when you go shopping, buy a few things, and during the checkout process someone asks you for your email address so they can send you deals? The subsequent emails you get from them are often a type of graymail. You technically opted in to receive those emails, but most people grow weary of them and don't engage with them.

ISPs know these messages are graymail based on recipient engagement -- or lack thereof. So if you open an email from a retailer -- and then never open or engage with their subsequent 50 or so emails -- it's a good sign that it's graymail.

Over time, ISPs learn what you consider graymail based on your actions -- and the actions of all recipients across email sent from that domain -- so it gets smarter with categorization.

Again, graymail isn't spam. It's content that's perceived as spam-like, in that recipients often don't want the email and may mark it as spam out of annoyance -- but it doesn't meet the legal definition of spam.

It's also not the same as graylisting, a term you may have heard a few times. Graylisting refers to the idea that ISPs might not deliver an entire batch of mail all at once if they don't trust your IP. So let's say you just got a new dedicated IP and want to send out 100,000 emails -- they might accept some of those emails, graylist the others, and send the remainder when they know it's safe to deliver messages from you.

Graymail and graylisting, however, aren't directly related -- they just both have gray in the name.

Where does graymail go?

So you've got all this graymail out there -- where does it go?

A lot of companies have come up with products specifically to address graymail. That's what Gmail's Priority Inbox is, for instance. Hotmail actually helped coin the graymail term and created a product to address it, as well.

If your message is identified as graymail, it will likely get routed to one of the graymail products -- like your Promotions folder, for instance. So it got delivered ... but it might not get seen.

How does graymail affect email marketers?

Graymail is another reason to do what good email marketers already do: focus on segmentation, personalization, and engagement. You should:

In that way, graymail's actually great for email marketers -- because it sets aside marketing emails for a time when recipients are in the mood to be marketed to. And when they're in the mood and have the time to consume marketing emails, they have all of those messages at their fingertips. It's a better experience for the recipient and, thus, a better result for the marketer.

How to Clean Up Your Email List With These 5 Tips