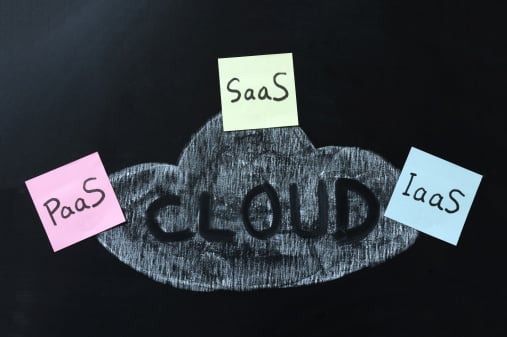 Just a few years ago, SaaS sales were in an extremely nascent stage. Salesforce only just got off the ground in 1999, and in the last five years alone, we’ve seen rapid adoption of the SMB and mid-market SaaS monetization model.

And yet, at the same time, the maturity of the associated sales skills -- and teams -- has been arguably a bit behind the rate of their industry’s growth.

At Bowery Capital, we only invest in enterprise startups that provide transformational upgrades to segments of today’s traditional IT stack, which means we’re often investing in SaaS businesses.

To put it mildly, business software sales are not easy, and we’re still seeing the rate of innovation outpace the availability of awesome, machine-operated inside sales folks. The tides are turning, as budget owners are decreasing in age and increasing in tech savvy. It also doesn’t hurt that there are often lower costs associated with deploying SaaS solutions.

Today, when we meet with young executives and ask the tough questions about their sales strategy and readiness, we often find that these CEOs are wearing the sales hat too. While I’m a firm believer that executives are great evangelists and sales folks -- sometimes the best -- there are a particular set of skills that successful SaaS sales people just have.

The folks I talk to typically come out of large IT businesses like Oracle, Salesforce, and SAP (and some of the emerging 2.0 winners like Workday, HubSpot, and LinkedIn). They likely grew up learning the quantitative more than the qualitative approach to selling, unlike the abundant ad salespeople I see most often who are far more relationship-driven.

At the end of the day, smart companies know the type of salespeople they need and the strategies they will engage in to win against their larger competitors. Most of the time, these salespeople are also extremely efficient and responsive.

To get at those key attributes, there are several key questions I hope all companies I meet with have thought through and can answer.

1) Who is the primary buyer?

In a world where CMOs and CTOs make joint purchasing decisions, where VP-level employees control millions of dollars of spend, and where developers just out of school can buy stuff on the corporate credit card, one of the most important things that early-stage companies can do is figure out who exactly will be their buyer.

This isn’t always easy, but it will really help your lead qualification efforts and limit the amount of time you spend talking to people who simply don’t matter. You’ve got 12-18 months to prove to investors that people want to buy your product in some volume so efficiency in sales is a must.

With the cost efficiency gains in sales marketing today, it’s particularly appropriate to figure out early on what your DNA is as a sales organization -- and how you are nailing the go-to-market.

3) How are you qualifying prospects to maximize effectiveness?

We’ve seen this happen a thousand times: An early-stage company launches with PR fanfare and scores a Fortune 500 lead. They then spends six months nurturing it and take their eye off the ball only to find out the Fortune 500 customer didn’t really even want to buy in the first place.

Even at the early stages, do you have a focused approach to qualifying your top of the funnel and limiting the meetings you really don’t think will convert?

4) Are you telling the right story?

My friend Tien Tzou, the CEO of an amazing subscription billing company called Zuora, likes to use the analog of "three rooms" for storytelling in enterprise sales. There is the first room called "The Market," the second called "The Value Prop," and the third called "The Product."

Most early-stage companies focus too much on the tactical and "why my product is the best" rather than bringing a buyer back to 30,000 feet -- an understanding of the market and where the world is today.

5) What is your sales infrastructure?

In this day and age, we have so much technology at our disposal we can truly drive sales efficiency. I am constantly curious how early-stage companies plan to get set up on an effective tracking mechanism and build a systematic and scalable sales machine. Not doing so will ultimately make life much more difficult, and oftentimes, this is a deal-breaker for us as investors.

Planning to figure it out later can have severe consequences on an organization. Thus, I think it's always best to have this thought through and potentially built out before you have 1,000 inbound leads rolling in a day.

6) What happens when the CEO stops selling?

As I mentioned above, early-stage companies usually have great success when the CEO sells the product to early customers. The CEO knows the most about the product, is the most passionate, and generally can articulate the vision and pitch in the best manner. That unfortunately has to end when an organization wants to scale.

What is the profile of your first non-executive sales hire? How are you retaining and archiving the knowledge from the CEO? These are just a couple questions that we try and get out upfront.

7) How will you lean into your early customers?

The world of asking a customer’s PR team for a quote or video testimonial and getting shot down is largely coming to a close in our view. Large organizations are much more open about the technology they use and, as a result, sales professionals and sales marketing teams have had great success in recent years building an evangelism engine to drive growth.

Given an early-stage company is almost always trying to trade off in-kind support for revenue (i.e. video testimonial, case study, PR mention, etc.) I’m always curious to see how new companies approach this. Having a strategy and idea about what you want out of your early customers will set you apart from the pack.

Mike Brown Jr. is a general partner at Bowery Capital. Prior to, Brown co-founded AOL Ventures and led investments in over 30 companies primarily focused around the next generation of CMO and CTO spend. You can find him on Twitter @MikeBrownJr.