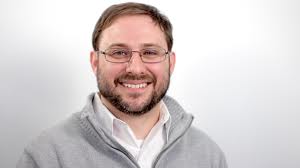 Stories kill two birds with one stone -- they both entertain and educate. As salespeople know, crafting a story around a product or service is a good way to spark prospects’ attention and draw them in. But salespeople can also benefit from story time when they’re picking up tips on how to execute their jobs better.

Rick Roberge, a former salesperson turned sales trainer, is one of the masters of this technique. During last month’s HubSpot Sales Acceleration event, Rick told stories about his career, each of which contained a valuable lesson for the attendees. Below are three of Rick’s best tales from the meeting, with three useful morals for sellers.

“What Selling Knives Can Teach You About Odds”

Most everybody has sold, known someone who has sold, or has purchased Cutco knives. Cutco was one of Rick’s first jobs -- selling the ultra-sharp and resilient knives door to door.

His primary customer? “I sold to single girls for their hope chests,” Rick said. Then once they got married, the newlyweds would have a quality set of knives to put in their kitchen. However, because there was no way to tell which houses contained his ideal prospects, Rick had to knock on a lot of doors.

One day, Rick hit the pavement with Dave Kurlan, a coworker of his at the time who has since become a well-known sales author and expert in his own right. They knocked on the first door. No luck. The second door had the same result. And the third. The fourth. The 10th. The 50th. For Dave, who was currently experiencing a sales slump, it looked as if his losing streak would remain unbroken.

And yet, the two salesmen pressed on for 130 more houses. Now with sore knuckles, Rick knocked on the 180th door. A young lady answered and exclaimed, “Cutco? I’ve been waiting for Cutco -- I’m getting married! Can I look?”

It might’ve taken a while, but Rick and Dave finally made a sale. The lesson?

“That’s how we figured out there’s always somebody out there waiting to buy your stuff,” Rick said. “You just have to find them.”

To me, this underlines the fact that the success of a salesperson is 100% within their control. Salespeople possess the desire and commitment to be successful or they don’t. If you aren’t willing to “knock on 180 doors” to find that one person you can help, you won’t make it.

“Why People Stop Paying Their Bills”

After another sales job, Rick found his way into debt collection. He found that in certain ways, the job was even harder than sales. “You think your prospects are hiding from you? Try being a bill collector!”

He spent 20 years in collection, during which he encountered a variety of debtors and heard countless excuses as to why they had stopped paying their bills. One day, it dawned on Rick that all the various explanations could actually be boiled down to one simple fact.

“People stopped paying their bills when they became unsold -- when they forgot why they bought in the first place,” he said.

So who was at fault for a customer losing touch with the reason for their purchase? After some more thinking, Rick found his answer.

Reps today would be smart to remember that sales isn’t just about the initial transaction -- it’s also about making sure the customer doesn’t become unsold. Establish the right foundation in the sales process, and retain your customers for life.

Rick is firm that salespeople should always do what’s in the best interest of others. If he doesn’t believe he can help a prospect, he tells them so. Then for the clients he does take on, expectations are clearly laid out and agreed upon.

“What Networking Is Really About”

Over the years, Rick attended countless networking events with a variety of colleagues. He traded business cards and watched other people trade theirs.

But after the events ended, he always noticed something odd. Not many of these connections resulted in true relationships. Reps would call people they met at a networking event, only to be sent to voicemail. They’d reach out a few more times and never hear back, despite the claim that this person wanted to “keep in touch.” What happened?

Think about how you interact with the attendees at a networking event for a minute. What’s the first question you are asked? If it’s a professional gathering, I’m betting it’s “What do you do?”

Rick realized that this question is a trap for salespeople. As soon as the rep revealed they were in sales at a particular company and handed over a card to that effect, their new acquaintance mentally crossed them off their “follow up” list. Unless a person is ready to buy at that moment -- like the woman Rick sold knives to -- they’re going to screen a salesperson’s calls.

This means leaving your company off your business card, and resisting the urge to answer the question “What do you do?” Instead of launching into your spiel, Rick recommends posing more questions to your new acquaintance to understand what they do. In the spirit of giving before you get, offer up a referral if you think of a person who could benefit from an introduction.

Remember that it’s always about the other person. Whether it’s a customer, prospect or someone Rick just met, he never puts himself first -- he figures out how he can help before anything else. He’ll give his time to diagnose, open his rolodex to make introductions, or give critical feedback if that’s truly what the person needs.

It’s rare that salespeople will adopt all of a particular thought leader’s sales philosophies completely, but I’ve done pretty well with Rick’s advice. I was one of Rick’s first clients when he became a sales coach, and I have incorporated his philosophies when I sell and when I coach my salespeople. Perhaps if more of us fully embraced and practiced these morals, the world would think better of salespeople in general.