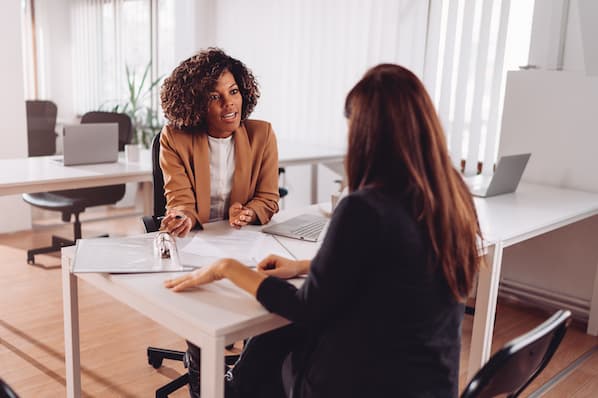 I knew nothing about the bargaining zone when accepting my first job offer. Wide-eyed and nervous about getting rejected, I accepted the initial salary — and came to regret it soon after.

Luckily, I've learned how to navigate the bargaining zone while working with executives and salespeople who have skillfully negotiated everything from multi-million dollar deals to more favorable contract terms.

Understanding the bargaining zone is essential to reaching an agreement in any situation. It can help you manage the anxiety, fatigue, or stress that comes along with negotiating. And if you approach it like any other skill, you'll improve your ability to strike a deal that works for you along the way.

It took me years to understand and use the bargaining zone — luckily for you, this post will explain what it is and how to use your advantage during any negotiation.

What is the Bargaining Zone?

The bargaining zone, also called the Zone of Possible Agreement (ZOPA), is the range of common ground between the negotiating parties. For example, say you want to spend $2,000 on a new mountain bike, and the seller wants to get at least $1,700 for it. The bargaining zone is from $1,700-$2,000, so you have $300 of common ground to find a compromise.

The tricky part? You typically don't know the size of the bargaining zone when going into a negotiation — you only know your side of the range.

That's because no one wants to reveal the bare minimum they're willing to accept. Would you jump to tell the seller you're open to spending $2,000 if you knew you could get the bike for $1,700? Not exactly.

This veil of secrecy makes the bargaining zone tricky to navigate. But if you know how to negotiate within it, you can reach an agreement that incorporates some must-haves from each side.

This is how people wind up striking a deal and walking away satisfied. When people fail to reach an agreement, it's usually because the bargaining zone doesn't line up. This is called the negative bargaining zone, and it can throw your discussions for a loop.

If there's no overlap between two negotiating parties, everyone involved is operating within a negative bargaining zone (or negative ZOPA). At this point, an agreement can't be reached unless one of the parties is open to adjusting their terms. No one is dotting i's or crossing t's.

Going back to the bike example, you'd be locked in a negative bargaining zone if you wanted to spend no more than $2,000, but the seller won't accept a price below $2,200. You're not walking away with a new two-wheel ride until someone is willing to budge.

Negotiations can die in the negative bargaining zone. If you find yourself here, there are ways out — you simply have to make your way into the positive zone.

Negotiations are in the positive bargaining zone (or Positive ZOPA) when all parties have some sort of overlapping terms. The price, conditions, or delivery schedule match up — and it's possible to come to an agreement that works for everyone. In the bike example, the price you want to pay is in the range of what the seller puts on the price tag.

The thing is, you could be in a positive bargaining zone without even realizing it. You often don't know the boundaries of the person you're negotiating with, so you'll have to work to find out whether you're in a positive or negative zone. Using the tips below, you can find out the limits of the zone and land on terms that make both sides happy.

All negotiations are dynamic. You may come in with an idea of what you want, but that can change as conversations flow. A price that's acceptable from the start may be turned down a day later. A timeline that seemed concrete could change as teams re-prioritize a project. A base salary may be adjusted with additional vacation days or stock options.

This constant fluctuation is why people have to understand one another's needs, interests, values, and must-haves. You have to know yourself and your needs well — and then work to figure out the same details for the other side. Here's how to go about it.

A BATNA — or best alternative to a negotiated agreement — is a clear walkaway line that establishes a baseline for the negotiation. It can be a bottom-line price, the soonest delivery date, or the lowest percentage of sales commission.

Keep in mind, a BATNA is provisional and can flex as conversations flow. But typically, it's what a party is willing to accept in the worse-case situation before walking away.

Even with an established BATNA, you only know one side of the bargaining zone. Your counterpart's BATNA is unclear — which is why the back-and-forth dance of offers and counteroffers happens. Both sides are trying to figure out what the walkaway line is, and they often get as close to that line as possible.

The work you put in before a negotiation is often more important than the act itself.

If you don't know what matters to you and what you want out of a negotiation, you wind up spending time and energy on details that don't move you closer to your ideal outcome. On the other hand, preparing lets you clarify what's at stake, what your interests are, what each party is aiming to walk away with, and the possible issues that may arise.

Preparation alone may not get you everything you want, but it does give you the confidence to lay out your terms, consider the other side's perspective, and be clear about your bargaining zone boundaries.

Great negotiators don't fight their way through a deal. They build trust, come up with creative solutions, identify trade-offs, and offer alternatives. How? By being curious.

If you're trying to figure out the other side's BATNA and understand the bargaining zone limits, you have to ask open-ended questions and learn what matters to them. You can start with some of these:

Listen to their answers to learn what's on the table. Maybe they have money to spend but need a high-quality deliverable. Maybe they want a quick delivery, but they're willing to provide resources to help get it done. The more curious you are, the clearer the bargaining zone limits become.

Remember, the bargaining zone can change throughout a negotiation as each party learns more about the other side, refines their priorities, and reconsiders their BATNA. Staying flexible in the face of these fluctuations is essential to successfully navigate a negotiation.

Seasoned negotiators can tell when a sudden change makes someone flustered or desperate. They know when they're beginning to gain leverage and will use it to their advantage to get a more favorable agreement. But they can also tell when they're losing steam, which is the perfect time to drive them to take action.

Remaining calm, ignoring aggressive tactics, or noting unacceptable terms can help you stay open to changes during a negotiation. People often assume you have nothing to lose and will reconsider their own terms — possibly moving from a negative bargaining zone to a positive one.

As the bargaining zone shifts, it will likely affect the other terms on the table. That's why it's important to keep a holistic view of the negotiation. You don't want to zone in on one aspect of a deal and forget about the whole picture.

Maybe you're willing to budge on the price by offering a discount because you'll gain a long-term customer. Or maybe you accept a rush project because your team has the capacity, and you know it will be business as usual the following month. Keeping the overall outcome in mind will help you work toward more favorable terms and let you nudge the other side closer to their walkaway limit.

Now that you understand the bargaining zone, take a look at these real-world examples to see what it looks like to reach (or walk away from) an agreement.

In 2011, the Mayor of Chicago, Rahm Emanuel, upset the Chicago Teachers Union (CTU) by repealing a promised pay raise and lobbying to limit the union's ability to go on strike. The two parties began negotiations but couldn't reach an agreement after delays from the city caused months of back and forth. In 2012, the teachers went on a 10-day strike.

Eventually, both sides agreed to adjust their terms and come to a compromise: the teachers won their fight for annual raises, and the city got to extend the school day. But along the way, Emanuel soured his relationship with the CTU, which resulted in a strike that left parents without child care.

This example shows how delaying negotiations and playing hardball on the bargaining zone can have negative consequences that push the other side to dramatic, oftentimes negative actions.

To decrease its financial struggles, the Minnesota Orchestra management team suggested reducing musician's salaries by 32%. The players promptly turned down the proposal and refused to make a counteroffer, which led to a lockout and months of canceled concerts. Soon after, the music director threatened to resign if an agreement wasn't reached in time to play the anticipated Carnegie Hall concert.

With the deadline approaching, community groups raised money to offer the musicians a bonus that would amount to a 17.5% pay reduction. The musicians rejected the offer, the director resigned, and the Orchestra endured a 16-month lockout until the players eventually accepted a pay reduction.

The strong-handed tactics of the musicians and the union representing them resulted in painful negotiations, lockouts, and strikes. This shows how important it is to stay flexible and open-minded when negotiating in order to find solutions that may lead to an agreement.

To successfully maneuver a negotiation, the people involved have to work towards a common goal along the bargaining zone. By using these tips to shift from a negative to a positive zone, you can find what someone is willing to accept — and use that as a benchmark to make the deal more favorable for you and the other side.

What Is Contract Negotiation?

How Anchoring Impacts the Negotiation Process