The Best Days and Times for Sales Meetings, According to New Data

You just crushed a demo, you’re making good progress toward quota, and you’re ready to get on your next call and crush it, too.

But 10 minutes after the prospect is supposed to join the meeting, they still haven’t shown up. You’ve been no-showed.

Having a prospect flake isn’t just annoying -- it’s also a big waste of time. Every second you spend twiddling your thumbs is a second you could have used to email a hot lead, follow up with a buyer who’s gone dark, or give a demo to someone who’s more interested.

You can reduce the likelihood of a no-show by qualifying more rigorously and setting an explicit agenda. But that’s not all: You can also book sales meetings at the right times.

Gong.io, a sales intelligence platform, analyzed sales calls to see which days of the week and times of days have the highest and lowest no-show rates.

The Best Times of the Day

Many experts recommend calling early to get in touch with decision makers before the gatekeeper shows up or while your contact is still relatively available. This advice still holds true for unscheduled calls -- i.e., calls your prospects aren’t expecting. 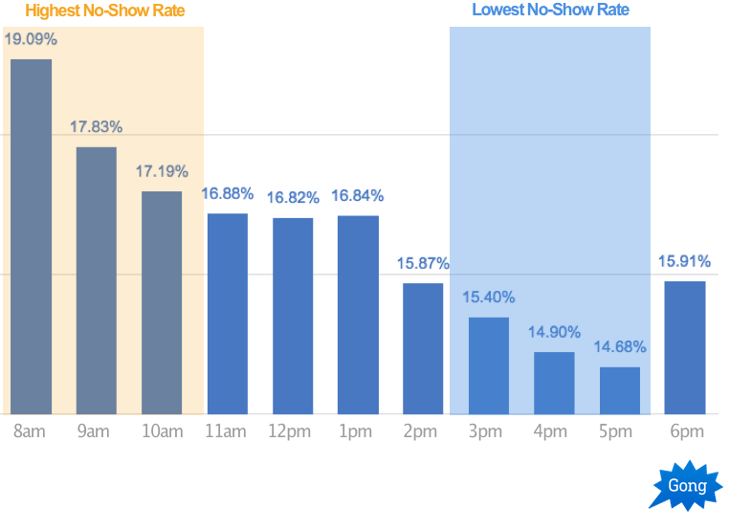 Clearly, your prospects are getting into the office, realizing they have a ton of stuff on their plate, and deciding to bail.

Gong.io’s data shows salespeople are scheduling too many calls in the morning and early afternoon rather than late afternoon. 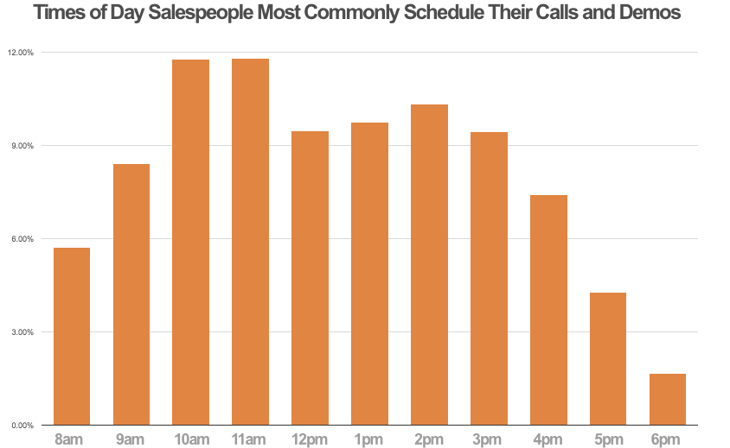 The Best Days of the Week

You might expect the highest percentage of no-shows to be on Friday -- and you’d be right. Prospects are increasingly likely to leave you high and dry as the week goes on.

But don’t let this data point convince you to never again schedule an end-of-week call. The difference is pretty incremental: Monday’s no-show rate is 17.46%, while Friday’s is 18.01%. 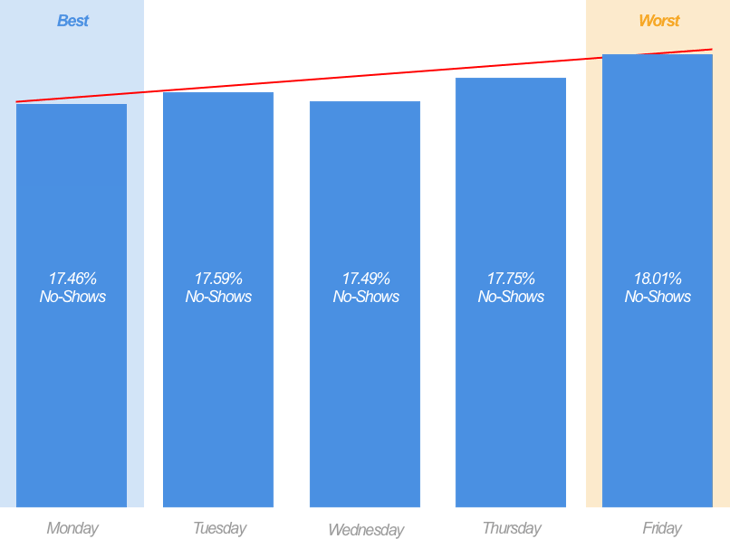 The two days you should never have a meeting? Saturday and Sunday. The no-show rate is four times higher over the weekend.

If you want your prospects to show up, you have to pick the proper times. Take this data into account next time you suggest when to meet.

Get Started with HubSpot's Sales Email Template Builder for Free

GET STARTED FOR FREE