What Separates Sales Professionals From the Sales Posers? These 6 Characteristics 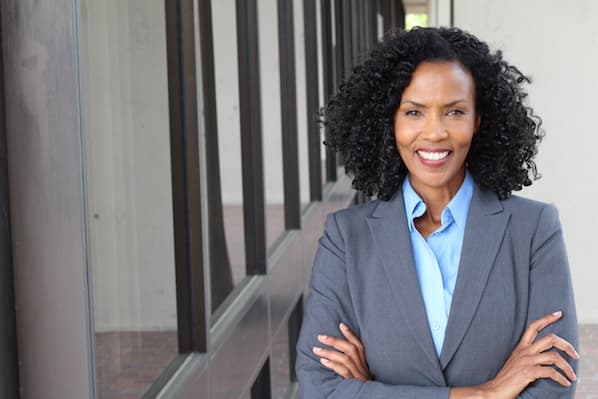 One weekend, I was in Chicago for a baseball game with some friends. We all had similar mid-morning flight times out of O’Hare the following Tuesday morning. Being a group of six, we needed a large vehicle to get us from downtown to the airport.

No problem. The doorman at the hotel hooked us up with Leo, a private driver. He called Leo and told him what time we needed to be picked up.

Being a skeptical road veteran and having been left waiting too many times for rides that didn’t show up when I needed to catch a flight, I asked the doorman for Leo’s number and called him myself to get reassurance he would show at the scheduled time. Leo said the right things and I was comfortable that he’d indeed be there. And he had the right "sound" -- a positive and upbeat voice, good articulation, solid listening skills. I was actually looking forward to meeting him.

At about 15 minutes before the scheduled time my phone buzzed. It was a text from Leo saying that he was in the black Suburban parked in front of the hotel. He also attached a selfie with him and the SUV in the background, so I knew what and who to look for. Nice.

As we walked outside, he smiled and waved to us. He ran up to my group, shook hands, and grabbed as many bags as he could so we wouldn’t have to load them in ourselves. My friends and I piled into the neat and clean vehicle.

We left early enough to give ourselves a comfortable time cushion, knowing what Chicago traffic is typically like. Things were flowing smoothly for the first five miles ... and then traffic came to a screeching halt.

The highway became a parking lot.

Now we were getting a bit worried about time. Leo remained calm. He checked his phone and informed us there was an accident a couple of miles ahead.

"Not to worry," he assured us.

With the skills of a NASCAR driver, Leo navigated through groups of cars, wiggled over to the shoulder, and got off the interstate. He told us he planned to bypass all of the trouble.

We got an up-close view of the neighborhoods of the North side of Chicago as we cruised west toward the airport. He had an uncanny way of timing the traffic lights perfectly so we rarely came to a stop.

Knowing my way around Chicago reasonably well, I asked if we were going to stay on the street we were on all the way to Rosemont, just by the airport. "No," he replied. "We're going to get back on the interstate just ahead."

But sure enough, he navigated back onto the interstate -- now moving at full speed.

I jokingly told Leo that it seemed like he knew what he was doing. He looked at me with a smirk and a wink: "That’s what 20 years of experience will do for you."

We pulled into the airport with plenty of time to spare. Leo hopped out instantly to unload the bags, thanked us profusely, and asked us to call any time we were in Chicago. I assured him I would, and tipped him heartily.

What could've gone very wrong went very right. It was a professional job, done by a true professional.

What does this have to do with you and sales?

In my perspective, there are professional salespeople, and there are people who are merely in sales jobs.

We’ve all had what we considered "just a job" -- we showed up, we were present, we did the work with varying degrees of effort and accomplishment, we would have rather been somewhere else, and we got a paycheck for it. It was a means to an end.

On the other hand, there are professional salespeople -- just like Leo.

What does a salesperson do?

A salesperson finds prospective customers for their company's products and services through online research, email and phone outreach, and social media messaging. They work with these prospects to identify their challenges and needs, and ultimately find a solution. And this leads to the sale of the products or services that solve the problem.

These are a few of the key activities that professional salespeople do to sell their products or services.

So, how can a salesperson become a sales professional?

What is a sales professional?

A sales professional is someone who sells products or services to potential customers. They seek to solve prospects' challenges through the products they sell. Great sales professionals will have strong selling and communication skills.

Here are six characteristics of a true sales professional.

Professionals are obsessed with getting better. They are lifelong students who know they will never graduate because there’s always more to learn.

I’m amazed at how few salespeople invest in their own self-development. They spend more on coffee than on what they do every day -- the work that puts money in their pocket.

Maybe you think it's your company's job to train you. But in my opinion, whatever your company does for you in this area is a bonus. Professionals know their level of competence and subsequent achievement is ultimately up to them.

Leo took pride in the fact that he had experience, and it was obvious that he works at learning whatever it takes to get people from point A to B in the best, most efficient way.

Professionals are excellent at connecting, engaging, and carrying on a conversation.

From the first moment we spoke by phone, to the helpful text, to the banter in the car, Leo built a relationship and instilled a feeling of confidence that we picked the right person.

In sales, everything we do relies on our ability to communicate. To me, communicating isn’t blasting out mass emails. That's being a computer jockey. Instead, it’s constantly learning, practicing, and refining your sales messaging.

One thing that hasn’t changed in our hyper-technologically advanced world is that the best way to sell is still by talking to a person. Instead of whining about how hard it is to get to buyers, professionals figure out a way to get through, get in, and have meaningful conversations.

Recently, I was dealing with a person who I would describe as someone who "holds a sales job." It was evident he did not care whether I bought or not. He sounded as if I was keeping him from something more important, and was actually annoyed when I asked questions that required him to -- gasp! -- research some information. (Which, you won't be surprised to hear, he ultimately did not do.)

Professionals know that customers buy for their reasons, not yours. That’s why I always tell salespeople to start by first examining customers and prospects, and what they want.

Leo had this nailed. He thoroughly understood what his customers wanted and delivered on every checkbox.

It’s sad that standards have generally been lowered so much across the board to the extent that when people actually do what they say they’ll do, it’s somewhat of a surprise.

When Leo showed up 15 minutes early, I knew I was dealing with a professional. Professionals do what they say they’ll do. Period. Whatever it takes, you can count on them -- regardless of how major or minor the commitment.

You know people like this, and you also know the opposite. You can come up with names right now, can’t you?

Which group are you in?

You know professional when you see and hear it. Everything about Leo’s smile, walk, talk, and vehicle projected a professional image.

Even if all or most of your sales take place primarily over the phone, you most certainly still project your appearance through the way you sound, your voice quality, your delivery, and your equipment.

Appearance also comes through in writing. Are your emails filled with value? Or are they closer to the untargeted canned templates that so many lazy sales-job-holders blast out?

It’s said that you can tell a lot about a person based on how they react in the face of adversity.

Any warm body off the street could take an incoming call order. A real sales professional proactively puts herself in risky positions all the time, because that's where the real selling takes place. She isn’t flustered by a tough screener or deterred by prospect objections. Resistance actually prompts her to ratchet it up another gear, bear down, and gracefully employ the correct words to address the situation in a calm, conversational way.

Do you think this comes naturally to people? Nope. It comes through learning, practice, and falling and getting back up time and again.

Leo didn’t panic, beat on his steering wheel, blare his horn, or curse at other drivers when we got stalled in traffic. He calmly assessed the situation, and thought, "Okay, what do I do next?" and then did it.

I love working with real sales professionals and have had the privilege and honor of dealing with thousands over the years. The best thing about being a professional is that you decide and control if you are one or not.

If you aren’t yet at the level you’d like to be, no worries. Make the commitment, do whatever it takes in all of the above areas, and you'll get there.

Professional sales is, in my opinion, one of the best vocations in the world. We help others and deliver massive value while being rewarded handsomely in so many ways.

It’s an elite club. I’m glad you’re part of it.

To learn more, check out these steps to build a high-performing sales team next.