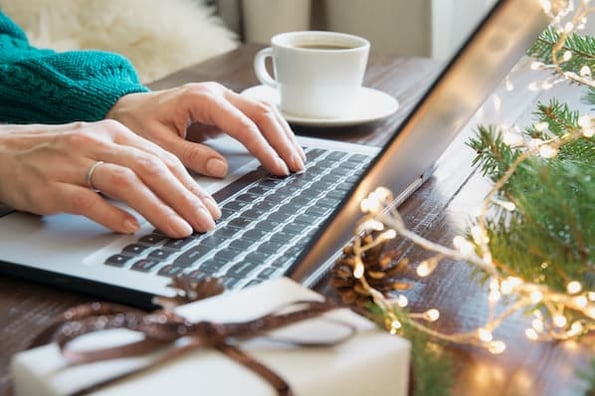 Here are ten ways to sell differently this holiday season. Employ these tactics now, and you'll be more prepared to end the year on a high note.

10 Ways to Close Deals Around the Holidays

According to HubSpot Sales Director Dan Tyre, figuring out the key dates for the season as early as you can is key to getting ahead for the holidays. Planning your sales activities around the dates and days of the week of major holidays.

Let's use an example related to Thanksgiving in the US. Some businesses are off the entire week, and many start to slow down on Tuesday and Wednesday before Thanksgiving on Thursday. Additionally, 50% of companies don't open the day after Thanksgiving. Working through your calendar can help you understand many people you are trying to sell to likely won't be responsive or present for sales conversations during that week, so you should plan around that data.

In Australia, businesses start on holiday around mid-December. By December 15, most businesses in the country close, so if you sell to customers there, taking the major holiday dates into consideration can prevent surprises.

"I recommend clarifying early and often what out of office time will look like for your prospects over the holidays. You can even weave it into your early rapport on a discovery call by asking what their holiday plans look like and if they are taking any time off.

It's also important to ask who else needs to be involved in the decision making process and what their time off schedule looks like. Nothing is worse than being at the finish line with a deal and being surprised when a decision maker is out of office and unreachable."

2. Start setting expectations with your team and prospects early.

For HubSpot Senior Sales Manager Mintis Hankerson, preparation is key when it comes to reaching her sales goals by the end of the year. She says, "To succeed during the holiday season, I always prepare in advance. By November, I know exactly what's in my team's pipeline and I know what is coming for the rest of the year."

She recommends mapping out a plan before the holidays to know exactly where your team stands, and what number you need to hit before the end of the year. During this time, it is also important to set clear expectations with your prospects, letting them know what timeline you're working on, encouraging them to move through the sales process efficiently.

Dan agrees with this advice, encouraging reps to work backwards to determine when key milestones need to be reached in order to close their deals in time. He says:

"I start very early in the quarter asking clients 'When do you want to implement this solution?' Most people will say 'by the end of the year' which can come up quickly.

I respond by saying, "Great! That means we need to have onboarding done by December 15, installation by December 5, the purchase needs to be complete by November 20, and proposals need to be complete before that.' When you start looking at your timeline in reverse, you realize you don't have much time to waste."

The good news is that many people understand that making purchasing decisions around the holidays, so being a good project manager and scheduler can be a great benefit to the customer and can establish some urgency.

Any concessions (whether pricing or terms) should expire on December 10th instead of December 31st. This forces negotiations to take place before stakeholders in Procurement and Legal are out of the office -- something your well-meaning prospect might not have considered.

If you introduce an expiration date for terms or discounts and your prospect says they'll still need a few weeks to decide, say, "That's fine, but this current discount will expire on December 10th."

This distances you from the stress of closing deals during the holidays and shifts the scramble to your prospect.

If they still can't close by December 10th but are actively interested in locking in a discount or terms, ask your prospect what they can do by the 10th.

If they can give you something as simple as a purchase number, you've succeeded in moving the deal forward. But hopefully, the urgency of an expiring discount gives your prospect the push they need to meet your December closing deadline.

Representatives from your prospect's finance, legal, and procurement teams, and much of the executive staff will likely be busy or on vacation beginning December 15th. While most mid-level prospects are winding down for the year, operations and executive teams are often busy finishing important paperwork, planning for the new year, and balancing budgets.

Without these stakeholders, even your most eager prospects won't be able to move their deals forward. The solution? Close for post-sale activity.

In mid-November, tell your prospect,

"Nick, I know you want to get this product/service implemented as quickly as possible. You should know our January onboarding schedule is booking up fast. If we don't get this scheduled in the next week, it might be February or March before we can onboard you."

If you've inspired enough urgency, your prospect should say, "Oh really? Is there anything we can do to secure an earlier onboarding slot?" Reply, "We have a few spots open in December. If we can get the paperwork finalized, I'll schedule your onboarding for next week."

When you explain that waiting until January to close will push onboarding and training until February or March, it puts the advantages of closing quickly into perspective. That can be the jolt your prospect needs to attain final approvals as soon as possible.

This might sound contrary to sales nature -- but hear me out. Most new opportunities in mid-to-late November are not going to close by the end of the year. This means they're simply taking up time and resources you could be using to close existing opportunities.

If a prospect's requesting a December demo or late-November trial, simply say, "I'm afraid our trials are spoken for through December, but I can get you scheduled first thing January."

Your prospect might say, "Great, let's get January in the books," which allows you to focus on deals that have a real chance of closing before the end of the year. And if your prospect says, "Is there anything you can do to squeeze us in this December," this signals you have a motivated buyer who might close quickly. Capitalize on their eagerness, and move forward accordingly.

Instead of packing your December calendar with demos and trials, book a plane ticket to that client who's just about to close, or devote extra time to coaching a prospect through gaining executive buy-in. These are subtle shifts that will help you come out on top of your end-of-year number.

6. Commit to an aggressive discovery call schedule in December.

One of the biggest mistakes you can make is waiting until January to fill your pipeline. You should begin filling your new-year pipeline in December.

Waiting until January will start your year off on the wrong foot. Schedule discovery calls with new prospects in December. And book as many as you can, regardless of qualification.

This will accelerate the sales process so your January will be filled with qualification conversations. And it will propel you forward, despite the emotional roadblock you might hit when the calendar flips to the new year.

7. Spend time on internal activities at the end of December.

Take some time in December to work on internal activities that will benefit you and your colleagues in the new year. Meet with people in product marketing, operations, etc.

December is a good month to revisit and reenergize internal connections. Ask about upcoming product enhancements and marketing campaigns. And get insight into the company's roadmap and goals for the first half of the year.

Meeting with colleagues in different departments will give you a clearer idea of the direction the company is going in the upcoming year. And it's always beneficial to know of any organizational changes ahead of time. This way you'll be prepared to hit the ground running when you get back from your holiday break.

8. Do some public speaking in December.

Flex your presentation muscle and look for public speaking opportunities in December. Is your alma mater hosting an alumni panel for current students? Are there any conferences you can speak at?

Ask your friends, colleagues, or manager if there are any marketing or sales events you can speak at, or if there's a webinar you can host.

You could even assist human resources with onboarding new hires. It's a good way to practice your presentation skills without having to do it in front of a prospect or customer.

Test out these strategies to have a productive December, and close more deals. Your holiday sales playbook must go beyond offering discounts. Your customers are smart. They know you're trying to close as many deals as possible around the holidays. They also know the discount you've extended or the special terms you've offered are just there to get them to sign on the dotted line.

Dan recalls a common mistake salespeople make when they're working on a tight deadline:

"When I show up to work with salespeople at the end of the month and say 'Let's call the contact's cell phone' in hopes of closing a deal and I hear '...I don't have it' I realize we have made a crucial mistake.

In the second or third meeting, I always ask 'Who is my SPOC (single point of contact) for this initiative?' When they introduce me to my SPOC I ask them 'Are you a text person or phone person?' In my experience, many people say they prefer texts.

I then ask them for their phone number, and immediately text them saying, 'Now you have my contact information (and I have yours) if we need to quickly touch base.'"

Having contact information in place so you know exactly how to get a hold of key decision makers can save you precious time so your team isn't scrambling at the end of the year.

At the end of a stressful year, taking some time off at the end of the year to spend time with family and decompress is important. If you've planned ahead and need some time off, Dan recommends being upfront saying "I'm going to be offline from December 24 through December 31 so let me know how I can help before my time off."

This clear messaging shows empathy, realism, and many people are understanding and accommodating.

Try a different approach, and see how the holiday selling season treats your stocking this year. And if you're looking for more ways to close your December deals, check out these sales closing techniques next.

Editor's Note: This piece was originally published in December 2018 and has been updated for cohesiveness.