"Hi there. I'm not available right now. Please leave a message and I'll get back to you. Beeeep." 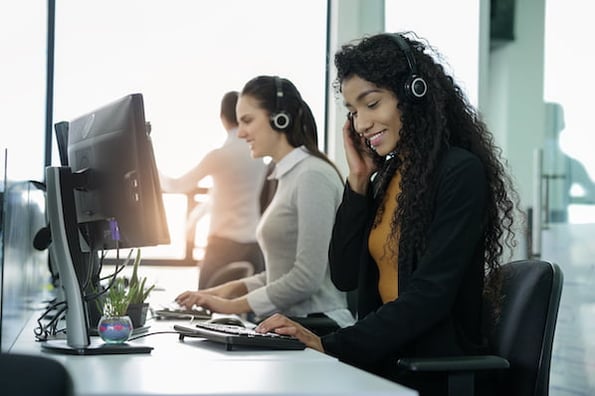 This interaction (or lack thereof) can be a sales rep's worst nightmare, and for good reason — leaving a good sales voicemail is hard. But it's an integral part of sales that cannot be ignored.

Here, we'll discuss seven voicemail mistakes and how to recover from them, plus give a few example scripts to inspire your next call.

7 Voicemail Mistakes + How to Recover

There's nothing worse than getting on the phone without any material to start a conversation.

Alli Kramer, Account Executive at HubSpot, shares a tip she learned from her previous HubSpot manager, Chaz Fiorino: "He always advised to send an email before you call your prospect. That way you already have a call script of some kind in front of you when you make the dial and you can quickly refer to your email in the VM."

The goal here is to warm up your prospects before you pick up the phone. This can be done with an email, a LinkedIn message, or a comment on their social media. Then, reference it later. 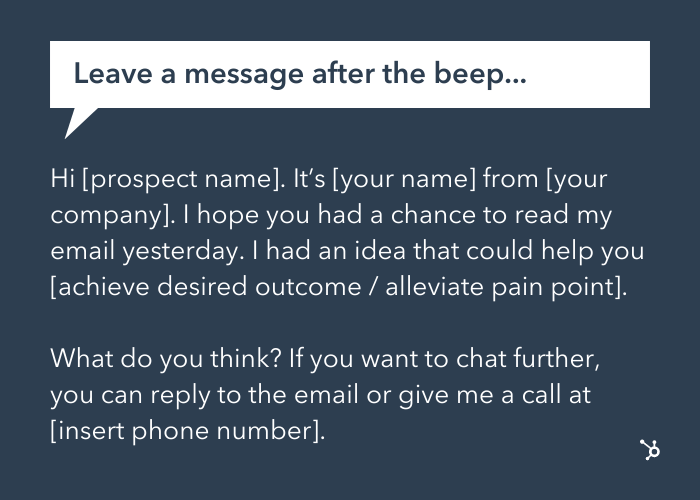 As you're nearing the end of your voicemail, it's tempting to close with a generic phrase like, "Hope we can talk soon" or, "I'll circle back on X date." While these are safe options, they rarely inspire action from the recipient.

Before hanging up, try giving an action for the prospect to take (call me back, look out for my email, etc.) — or ask a question. Kramer tells me, "Instead of leaving your phone number at the end of a voicemail, you can ask them to let you know what they think of your email and if it’s worth a brief chat." 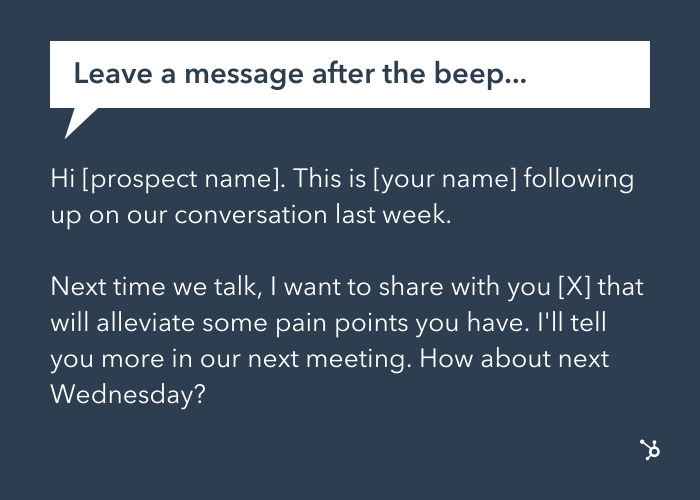 3. Making your voicemail a commercial.

Perhaps the biggest mistake in a sales voicemail is pitching too aggressively. While your ultimate goal is to sell your offering, you first need to sell a conversation. In other words, think of a voicemail as a resume — it’s there to get you the interview, not the job.

Here are a few tips to steer you in the right direction: 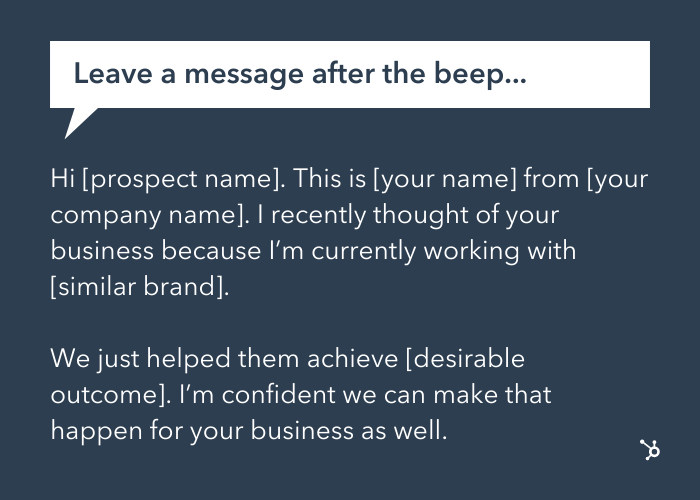 4. Failing to create a sense of urgency.

Sometimes, even the most compelling voicemails don't generate responses. If that happens to you consistently, try to add a sense of urgency to your voicemails — that might just be what it takes to get your prospect to pick up the phone.

For instance, noncommittal directions like, “Call me back when you're free,” can make your offer sound unimportant. Instead, say something like, "I can get you a free trial if we can get the ball rolling by Friday." While this tactic isn’t a good fit for every business, it's something to consider. 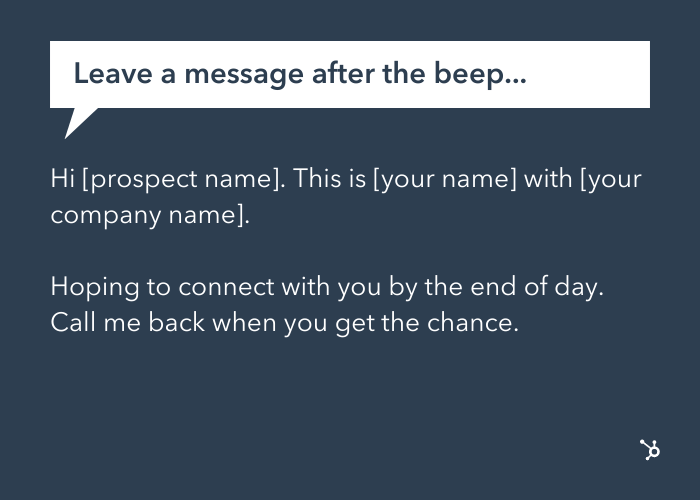 To be clear, this tip isn't to suggest you should recite a script word-for-word. But you should have a good idea of what you want to say (and how you'll say it). It's an effective way to speak more confidently, stay on track, and cut down on those pesky "um's" and "ah's."

Another part of preparing for a sales call is researching your prospect. Visit the prospect’s website and investigate their solutions. Use technology to gather more information, such as their social profiles, their connections, their role, and so on.

Once you find common ground between you and your prospects, lead with that in your voicemail. This signals to the recipient that you've done your homework and they're not just another name on a list. 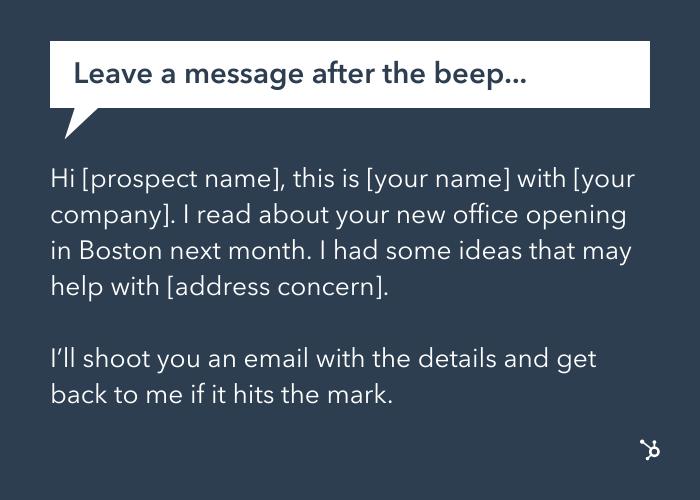 You call a prospect and it goes right to voicemail — game over, right? Not quite.

She continues, "It's rare people will get upset when you double dial, but if they do, you can always say something along the lines of, 'Apologies for the double dial there, forgot to leave a voicemail the first time around.'"

We all remember the viral video of the professor doing a live interview with the BBC when his dancing daughter enters the room. If it taught us anything, it's that some interruptions are unpredictable — an unexpected sneeze, a fire alarm in your building, or even a nosey toddler stumbling into your office — but there's no need to fret.

When this happens, the best response is to acknowledge the blunder, apologize, and laugh it off. Remember, there's another human on the end of the line – and they're probably laughing along too.

Now let's dive deeper into the top Do's and Don'ts for prospecting voicemails:

Here's the big takeaway — a good voicemail should be more about the prospect than the salesperson. This means doing your due diligence, asking the right questions, and crafting a good approach. With these tips in mind, start practicing and testing different voicemail scripts to find what works best.

Equip your sales team with these voicemail scripts for any occasion.