I've always loved hypnosis — like I'm a huge fan of those local "hypnotist" performers who do those shows where they bring up volunteers at kid's birthdays or on cruise ships and make them do jumping jacks or pretend they're turtles or something else along those lines. 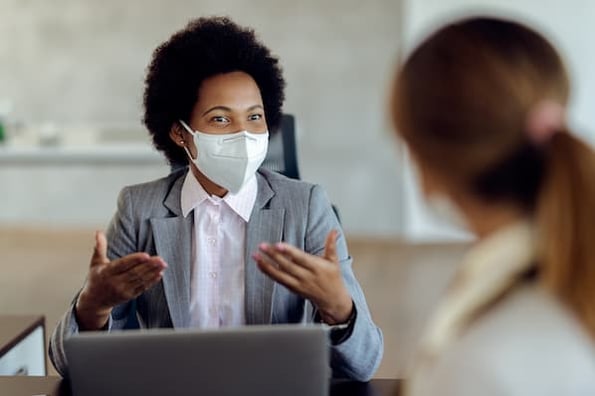 They always fascinate me. I always wonder how they do it, and more so, I wonder why they don't apply those powers in other contexts. Being able to hypnotize people is a pretty solid skill to have in the back pocket.

I feel like it would have a lot of practical applications beyond making people do pushups on stage at work retreats. For instance, I think salespeople would stand to gain a lot from being able to hypnotize people. But to my knowledge, they generally don't teach those techniques at sales seminars.

Still, there are some phrases and techniques sales reps can employ to get about halfway there. Those tactics serve as the basis for a strategy known as NLP sales — a means of subtly, unconsciously swaying prospects through elements like diction and body language.

Here, we'll learn some more about the concept of NLP sales, some NLP sales phrases, and some NLP sales techniques that you can use to add a halfway-hypnotic edge to your sales efforts.

Neuro-Linguistic Programming or NLP is a framework that accounts for how people subconsciously produce real-life outcomes through thoughts, language, and feelings. NLP sales involve using specific phrases, strategies, and behaviors to play on that system and subtly shape how prospects feel about an offering.

NLP sales, as a concept, rests on the premise of quickly building meaningful relationships with prospects to sway them into buying. It leans on using specific words and actions to develop emotional connections with potential customers.

Neuro-Linguistic programming is often likened to subliminal messaging and hypnosis. While neither of those perfectly aligns with the nature of NLP, they can give you a solid picture of the concept.

Like those processes, NLP plays on prospects' unconscious reactions to your behavior. But NLP sets itself apart from those others through its basis in harder data and better-proven research. That's not to say that NLP is some magic, unequivocally effective means of interacting with prospects, but it's still a useful idea with several practical applications.

NLP sales phrases are sometimes referred to as "magic words" or described as "hypnotic". While those characterizations might be exaggerated, there's still something to be said for that kind of language's power. These kinds of phrases are emotionally evocative. They're compelling in their ability to capture prospects' attention and make them feel something.

These kinds of terms are fairly similar to power words — psychologically engaging language used in copywriting to generate consumer interest. Both kinds of phrases are meant to be persuasive and slightly over-the-top.

They can also be used to generate urgency, like:

Many are used to establish trust with prospects, including:

Obviously, that list isn't exhaustive, and there are plenty of NLP sales phrases that fall outside of those three buckets. But the words I just mentioned capture the essence of the concept. NLP sales phrases are strong and resonant — always said in the hopes that they'll be compelling enough to sway prospects into taking action.

1. Being Mindful of Your Body Language

NLP sales methods extend beyond the words you use — your body has a lot of bearing on their success as well. Being mindful of your body language is key when conducting NLP sales. That kind of nonverbal communication can throw customers off just as easily as it can make them relax.

Unnecessarily imposing or overly relaxed body language can put prospects in a less-than-ideal frame of mind when they hear your pitch. If you want to get the most out of leveraging this brand of sales, make sure that you conduct your sales efforts with nonverbal cues that convey attentiveness while being nonthreatening.

Prospects are emotionally receptive to compassion and the sense they're being heard. That's why active listening is one of the key NLP sales techniques salespeople should understand. Be attentive to what your prospect is saying and reflect it back with compelling, sensory language that can simultaneously captivate and comfort them.

NLP phrases and techniques aren't particularly useful if they're not said with context and intention. You have to have a solid pulse on the conversation, understand where your prospect is coming from, and adapt your responses to remain in keeping with those thoughts and sentiments. Active listening is how all of that starts.

Positive affirmation is the name of the game when it comes to NLP sales. These kinds of efforts are rarely rooted in fear, pessimism, or negative reinforcement. So don't try to scare or bully your prospects into buying.

That's counterintuitive and not in keeping with the NLP methodology. When conducting NLP sales, you need to foster proactive trust — that means using language and actions that simultaneously keep things upbeat and well-directed. Be equal parts frank and reassuring to keep your prospect engaged and in high spirits.

One way to effectively build trust and rapport with a prospect is to subtly match and reflect their body language, mannerisms, and words. This process, known as mirroring, has been known to put prospects at ease and generate positive responses. The key here is not being too overt with this process.

If you immediately repeat your prospect's words to them verbatim or very obviously and precisely adjust your body language to reflect theirs immediately after it changes, it'll probably come off as strange and heavy-handed. But if you can mirror them effectively and discretely, you'll thoroughly enhance your NLP sales efforts.

By no means are NLP sales techniques magic tricks. A lot more goes into a successful prospect interaction than your body language and diction. If your pitch isn't fundamentally sound, all the positivity and reflective posture in the world can't do too much for you. Still, it's worth it to have a grasp on the tactics listed here. NLP might not be infallible, but that doesn't mean it can't enhance your sales efforts in general.