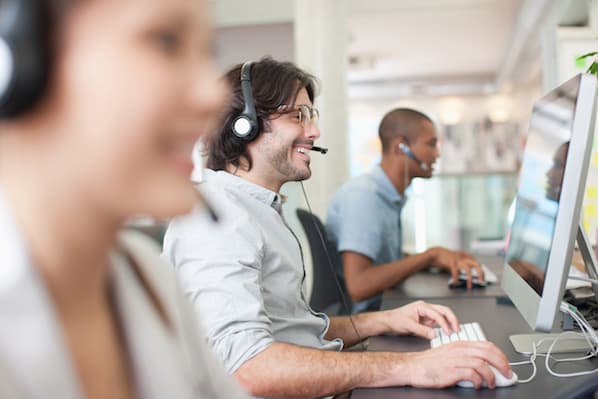 Who's likelier to make a mistake: The rookie sales rep who's never sold a day in their life, or the veteran rep who's been on the front lines for nine years?

The reality is, they're both going to screw up. Experienced salespeople simply make different mistakes.

Here are the five biggest errors I see seasoned reps make -- along with the steps you can take to avoid them.

Successful salespeople pay attention to their customers' commonalities. This helps them hone in on the most lucrative buyer personas and disqualify poor fits.

Unfortunately, many start to believe there's only one "recipe" for a good customer. In other words, they over-qualify.

To give you an example, suppose a rep sells in a competitive landscape. They noticed they enjoy a high success rate when they talk to prospects 90 days before their contract renewal.

When a buyer who's six months away from renewing their contract falls in their lap, the rep thinks, "That's not the DNA of my typical buyer; I'm not going to invest in the opportunity."

This mentality can really depress a salesperson's potential earnings.

I recommend that at any given time, 10-15% of the deals you're working should be risky. If you have 20 in your pipeline, two or so should be opportunities you're not comfortable forecasting. You'll maintain a predictable revenue without leaving valuable money on the table.

2. They lean too heavily on existing champions.

As salespeople become comfortable in their role and territory, they begin to develop strong relationships with certain customers. In fact, the longer a salesperson stays in a role, the more account champions they usually have.

But familiarity breeds complacency. As soon as the rep gets comfortable and assumes they're guaranteed their customer's business -- both current and future -- they expose themselves to the competition. By far the biggest reason smaller, scrappier suppliers can kick out long-standing vendors? The incumbent stopped truly working the account.

To avoid this fate, use a multi-threaded approach. Every month or quarter, ask yourself:

Challenge yourself to add at least one new contact to your CRM every quarter. If there's an opportunity to expand the account, you should be adding a new opportunity into your pipeline every year.

I don't recommend asking your champion to make these introductions for you. Not only is it a big ask, they don't always know the people you should be speaking to.

Instead, be upfront and tell them your objectives. Make them feel important by offering to include them in your conversations.

Here's a script you can use:

"I've worked with you for [X months, years] and [company] for [Y months, years]. You're an amazing client. This year, I'm going to talk to more people -- my goal is to speak with one new [business unit, team, department, stakeholder, user] each [month, quarter]. When I reach out, would you like to be included on those calls?"

According to HubSpot Research, the majority of salespeople with five-plus years of experience say that when they find something works, they don't change it.

That's an issue. While a tactic or technique may have been very effective in 2010, 2012, or even 2018, technology, industries, jobs, and people change. Continual success depends on continual learning, practice, and evolution.

I'll give you the perfect example. I asked a group of salespeople I was training to describe the purpose of an email subject line. They unanimously agreed it was convincing the prospect to read the email and summarizing its contents.

If it were 2005, that would have been a great response. However, in 2019 email subject lines have a different purpose. Buyers don't really care about them -- but spam filters do. Use the wrong words or format, and your prospect's email client will send your message straight to the spam folder.

To ensure you're keeping your skills sharp and current, read sales blogs (like this one or my own), subscribe to sales podcasts, attend training, proactively request feedback and guidance from your sales manager, go to sales conferences and networking events, or ask the other salespeople on your team what's working for them. You probably don't have time for all of these, so pick two or three strategies to focus on.

4. They haven't networked within their company.

Let's say a salesperson joins their company when there are 500 employees. Fast forward a few years later and the business has grown to 1,500 employees.

While they might think they've exhausted all of their networking options, the salesperson hasn't taken into account all the new people who have joined.

These individuals can be a valuable source of knowledge and potential referrals. It's important for even the most experienced salesperson to continue networking and meeting colleagues at their company. If not, they're missing out on opportunities for new prospects and potential customers.

5. They ignore the importance of small deals.

Small deals are important. If you take a look at the salespeople who meet their quota, they often have a mix of smaller deals that helped them meet their goal.

Those that exceed quota during a quarter often had large deals that closed during that time period. But there's risk associated with larger deals.

For example, a salesperson hit the following quota percentages:

A junior manager might look at that performance and assume the salesperson didn't had a weak pipeline and didn't do enough prospecting when they didn't hit quota. While a more experienced manager would look a bit deeper and look at the breakdown of the deals in their pipeline. It's likely the performance from the first two quarters was attributed to larger deals.

It wasn't because they had a bad pipeline; it was because they were making quota based on a few big deals. Remember, don't overlook the smaller deals that make up quota-achieving reps' numbers.

Rookie or veteran -- you've got to keep learning and moving forward. To learn even more, check out these sales closing techniques next.