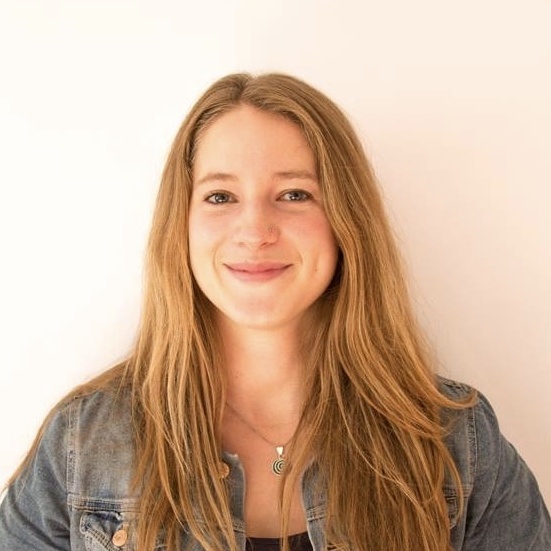 When trying to maximize our productivity, it’s easy to get caught up finding the next great tip or “lifehack.” But we often overlook the hidden psychology of productivity.

More and more studies are showing the profound impact that our minds and emotions have on how much (or little) we accomplish.

“We usually think of ourselves as sitting the driver's seat, with ultimate control over the decisions we made and the direction our life takes,” psychology and behavioral economics scholar Dan Ariely writes in Predictably Irrational: The Hidden Forces That Shape Our Decisions. “Alas, this perception has more to do with our desires -- with how we want to view ourselves -- than with reality.”

I read dozens of research articles each week on the science of creativity, motivation, procrastination, and how people work best. These are nine of the most fascinating and surprising studies that illuminate just how how much our inner psychology impacts our productivity. Each provides concrete takeaways that just might make you approach work in a whole new way.

1) Need a creative boost? Go for a walk.

As a modern knowledge worker, you’re not grinding work out -- your day-to-day requires out-of-the-box thinking on a regular basis. You may need to develop a novel strategy for finding qualified leads or take a new approach to nurturing relationships with your current customers. However, that kind of creativity can be difficult to summon on command.

The next time you’re waiting for divine inspiration to strike, you may just want to go for a walk.

In 2014, Marily Oppezzo and Daniel Schwartz of Stanford University conducted four studies that illuminated the striking creative power of walks.

In all four studies, participants were tested both sitting and walking both indoors and outdoors in various combinations. They were then asked to complete a series of exercises designed to measure creativity.

In three of the studies, the exercises measured “divergent thinking.”

“In these experiments, participants had to think of alternate uses for a given object,” the study reads. “[Participants] were given several sets of three objects and had four minutes to come up with as many responses as possible for each set. A response was considered novel if no other participant in the group used it.”

Participants came up with an astounding 60% more unique responses while walking than while sitting.

In the fourth study, participants were asked to create complex analogies for a given phrase.

“For example, for the prompt “a robbed safe,” a response of “a soldier suffering from PTSD” captures the sense of loss, violation and dysfunction. “An empty wallet” does not,” according to the study.

What you can do about it: Next time you need to do some creative thinking about a complex problem, mull it over on a long walk. Leave sitting for more straightforward tasks.

When we scour the internet for strategies and hacks to become more productive, we often overlook our most important asset: ourselves.

Sean Achor, Harvard researcher and author of The Happiness Advantage, has spent his career studying the profoundly underestimated professional benefits of happiness.

“Ninety percent of your long-term happiness is not predicted by the external world but by the way your brain processes the world,” Achor says in his TED talk The happy secret to better work. “If we change our formula for happiness and success, we can change the way we affect reality. Only 25% of job success is predicted by IQ. Seventy-five perfect of job successes are predicted by your optimism levels, your social support, and your ability to see stress as a challenge instead of a threat.”

One striking example of the relationship between happiness and success can be found in a multi-year study in the 1980s of 15,000 sales professionals conducted by Dr. Martin Seligman and insurance and financial services firm Metropolitan Life.

Seligman measured the reps’ levels of optimism, and found that when scores were correlated with sales records, the 50% most optimistic reps sold 37% more insurance than those in the bottom half of optimism. More strikingly, the top tenth of reps sold a whopping 88% more than the bottom tenth.

Seligman conducted a follow-up study in 1995 and found that across multiple industries -- including insurance, automobiles, real estate, office goods, and banking -- optimists outsold pessimists by 20% to 40%.

What you can do about it: Productivity isn’t just about getting more done at work. Improve your performance by prioritizing the things that make you happy outside of work too. Achor recommends making time to socialize with friends and family (especially when you’re most stressed) and making a conscious attitude to be grateful.

3) Small wins have a big impact.

What factors contribute most to positive emotions and perceptions about work? Teresa Amabile and Steven Kramer, co-authors of The Progress Principle: Using Small Wins to Ignite Joy, Engagement, and Creativity at Work, found a simple, yet often overlooked answer.

At the end of each day, participants answered questions about how productive they felt that day and a number of variables that might have influenced their perceptions of the projects they were working on.

“When we compared our research participants’ best and worst days, we found that the most common event triggering a “best day” was any progress in the work by the individual or the team,” the researchers wrote. “The most common event triggering a “worst day” was a setback. Steps forward occurred on 76% of people’s best-mood days. By contrast, setbacks occurred on only 13% of those days.”

Progress was strongly correlated with improvements in all three components of “inner work life”: emotions, motivation, and perceptions.

On progress days, participants were more upbeat and experienced more “joy, warmth, and pride,” they were more interested and engaged in their work, and they were far more likely to perceive positive challenges in their work and positive interactions with their teammates than on days when they experienced setbacks.

But you don’t need dramatic progress to trigger the benefits of the “progress principle” -- the study found that small steps forward could produce outsized effects on mental wellbeing.

“A notable proportion (28%) of incidents that had a minor impact on the project had a major impact on people’s feelings about it,” the researchers wrote. “Small but consistent steps forward, shared by many people, can accumulate into excellent execution. Progress events that often go unnoticed are critical to the overall performance of organizations.”

What you can do about it: If you’re looking to boost your personal productivity, keep a to-done list of everything you’ve done throughout the day. Take time to review your list and reflect on what you’ve accomplished at the end of every day. If you lead a team, find ways to acknowledge and celebrate your team’s progress.

4) Stop focusing on your goals.

We’re taught from a young age that the key to success is setting goals. Yet recent research suggests that focusing too much on our desired outcomes may actually make us less likely to achieve them.

A 2013 study in Applied Psychology measured the weight loss of 126 dieting women. The more weight dieters lost one week, the less they were likely to lose the next. This weight rebound was consistent across all participants, and was smallest for dieters who focused on the concrete actions they took to lose weight (changing their eating habits) rather than the desired outcome (weight loss).

A similar study by Ayelet Fishbach and Jinhee Choi of the University of Chicago and the Korea Business School studied over 100 students at a gym. Prior to getting on treadmills, one group of gym-goers were asked what their goals were for working out. The other group was asked to describe their process of exercising. Students from the goal-oriented group said they planned to run farther than the process-oriented group, but they exercised for just 34 minutes, compared to the process-oriented group’s average of 43 minutes.

What you can do about it: Create process-oriented goals rather than outcome-oriented goals. Want to generate more leads? Decide how many emails you’ll send or calls you’ll make each week, rather than the total number of new leads you want.

5) Put it on your calendar.

In a study published in the British Journal of Health Psychology, researchers how often 248 participants exercised over a 2-week period. The participants were split into a control group, a motivation group, and an intention group.

The control group tracked how often they exercised. Before starting the study, they read 3 paragraphs of a completely unrelated novel.

The motivation group also tracked their exercise, but read a pamphlet on the health benefits of exercise.

Ninety percent of participants in the intention group exercised at least once in the following two weeks, but only 39% of the motivation group and 29% of the control group did so.

What you can do about it: When setting your goals, write out a specific schedule for the actions you’ll take -- it might be writing 500 words of a book every day when you wake up or running 20 minutes at the end of the workday. Put those blocks of time on the calendar to keep yourself accountable.

6) Express your deadlines in days, not weeks or months.

Have you ever found yourself slamming coffee at 3 a.m. struggling to finish a project you’ve had months to work on? That’s because our brains are wired to prioritize our present selves over our future selves. That psychological quirk makes it extremely difficult to kick the procrastination habit. But there’s a simple way to trick yourself into working ahead of your deadlines.

“[P]articipants were told to imagine they had a newborn child, and that the child will need to go to college in either 18 years or 6,570 days,” The Atlantic reported. “The researchers found those in the “days” condition planned to start saving a whopping four times sooner than those in the “years” condition, even when controlling for income, age, and self-control.”

What you can do about it: Trick yourself and your team into starting sooner by stating all of your deadlines in terms of days not weeks, months, or years.

Our high ambitions motivate us, but they can also lead to guilt and negativity when we put things off. However, this study suggests that being hard on yourself when you’ve failed to live up to your own expectations actually leads to more avoidance and procrastination.

Students in an introductory psychology course were given surveys immediately before two consecutive exams to measure how much they’d put off studying, their mood/emotions, and their degree of self-forgiveness for previous procrastination. Students who practiced self-compassion after procrastinating on the first exam procrastinated significantly less in studying for the second exam in comparison to students who beat themselves up over their failure to study ahead of time.

What you can do about it: Next time you don’t live up to your own expectations, don’t continue to beat yourself up over it. Take a step back and forgive yourself for the lapse in self-discipline. Self-compassion may actually help you follow through next time.

14 of the Best Electronic Signature Apps