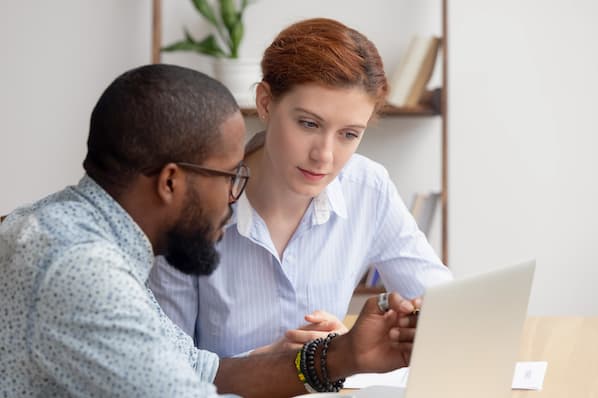 Predicting the outcome of a deal is like predicting a tornado. If you say, "There’s a tornado coming — I know because I can see it," no one’s impressed. The same is true for a deal that’s obviously very close to closing.

On the other hand, if you say, "There’s a tornado coming in the next half hour — I know because of these X conditions,” you give everyone a chance to prepare. It’s the same as anticipating the likely outcome of a sales opportunity while there’s still time to influence it.

Unfortunately, most managers are horribly ineffective at running deal reviews. So I've put together a high-level overview of the deal review process and laid out five rules to make your deal reviews valuable for both you and your salespeople. Let's jump in.

A deal review is a meeting between a sales rep and sales managers to review engagements with individual accounts to determine the viability of closing specific deals and the strategies that the rep in question can employ to maximize their chances of doing so.

Here are the key components every deal review should contain.

1. Overview of The Account's Business

You need to know who your rep is working with if you're going to provide actionable feedback and insight. Here, reps should include a brief yet meaningful overview of the business in question, including what it sells, its scale, its industry, its goals, and its key pain points. It should also offer some background on key decision-makers at the company and a rough estimate of the potential size of the deal.

2. Key Reasons a Prospect Should By

Here, the rep should be able to articulate how your product suits the company in question's specific needs, interests, and goals. This component is key to helping you determine the viability of the deal and the actions that need to be taken going forward. If a rep can't articulate why a company needs your product or service, it will be difficult to hash out how they'll be able to convince that business to buy.

Here's where the rep gives their idea of what the roadmap for landing the deal in question should look like — offering you a strategy, action plan, and timeline. This lets you gauge the rep's critical thinking skills, weigh how feasible the rep's strategy looks, and provide actionable recommendations for ways it can be improved.

Salespeople are optimists by nature — and often by necessity as well. They need this quality to survive the rejection and emotional variability of the role. However, it means they’re usually not good at objectively analyzing how a deal is going.

Instead of asking reps to fight their nature, do the analysis portion of a deal review on your own. They give you data. Then you take that information and decide how likely that prospect is to buy and when.

My second rule when it comes to deal reviews is don’t ask questions that you wouldn’t be able to answer. When a sales manager sits down with their reps, they typically asks question after question no sales rep could possibly answer:

Not only are these questions ineffective, they’re demoralizing. Your salesperson feels like they're being attacked. They ends up resenting the weekly or bimonthly deal review — not only are they losing valuable time in front of prospects, but their manager is going to ask them a bunch of questions they don't know the answers to.

To get an accurate view of how an opportunity is going and run a deal review your rep won’t dread, stop asking ad hoc questions. Limit yourself to six to 10 questions you and your reps have agreed upon in advance. Ask these same questions for every single deal.

When your salespeople know exactly what you’ll ask, they don’t feel like you’re trying to trick them or expose their ignorance.

Plus, they’re motivated to discover the crucial information and take the necessary actions to progress a deal.

Wondering what those six to 10 questions should be? I suggest touching on budget, appetite for change, and whom they’ve spoken with, along with other key closing signs.

You can pinpoint these leading indicators by taking an hour to sit down with your reps and reviewing the past 50 deals they’ve closed. Look for the not-so-obvious commonalities.

For example, maybe you see your reps almost always close when they get the prospect’s cell phone number on the first call, receive an org chart, or identify a customer champion before the first demo.

Whatever those leading indicators are, make them part of your deal review.

Let’s say receiving the buyer’s cell phone number is a major sign the deal will close. Tell your salespeople that you’ll always ask, “Did you get their cell number?”

The next rule: As soon as a rep says they don’t have an answer, move on to the next deal. The expectation is that they’ll get the answer before the next deal review.

Here’s a sample conversation to show you what I mean:

Sales manager: “Why is the prospect investigating diversity training now?”

Sales manager: “Great. Did you get an introduction to the decision maker?”

5. Don’t Use Deal Review to Coach

My final rule for deal reviews: Never treat them as coaching opportunities. You’re seeking clarity, not trying to improve your salesperson’s behaviors or techniques.

If you pause in the middle of discussing a deal to say, “So-and-so, you need to get the budget for these X reasons,” you’ll lose valuable time to talk about the deal itself and the other opportunities in the rep’s pipeline.

Instead, wait until you’ve noticed a negative trend, then stop by the rep’s desk or schedule a one-on-one.

You might say, “Adi, I’ve noticed you haven’t identified the buyer’s budget in the past 12 deals we’ve spoken about. How are you currently trying to learn that? Do you want some tips?”

Reps are usually far more receptive to coaching when it’s independent of the deal review — and therefore feels less personal.

These changes will instantly and noticeably transform your results. Not only will the accuracy of your sales forecasts go up, your salespeople will be far more eager to participate.

Editor's note: This post was originally published inMarch 22, 2017and has been updated for comprehensiveness.

5 Advanced Selling Skills (& the Techniques to Nail Them)