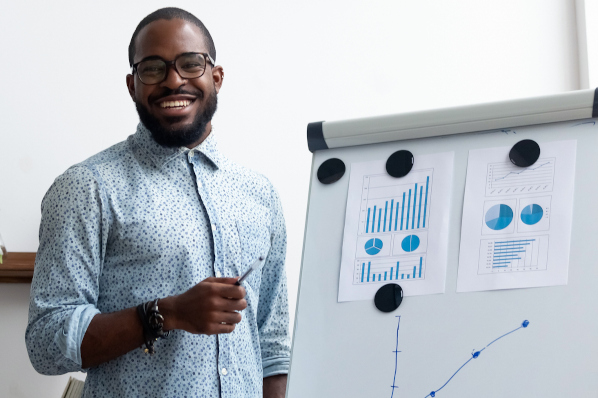 It’s no secret that salespeople often fail as sales managers. Nonetheless, many of the best reps within an organization often end up in management positions.

Whether you’re actively seeking a role as a manager or have already gotten a promotion, you should understand the most difficult aspects of the transition. Once you know the obstacles in your path, you can navigate around them.

Causes of a Bad Sales Manager

I’ve outlined the 5 most common reasons newly promoted managers aren't successful along with some workarounds and solutions.

1. They’ve been trained to avoid conflict.

Great salespeople instinctively avoid conflict. Sometimes it may make sense to tell the customer they’re wrong — but for the most part, a rep will steer clear of clashing with her prospect. Unnecessary disagreements hurt the rapport and trust she’s built and make them less likely to listen to her on the issues that actually matter.

Unfortunately, this tendency harms salespeople when they’re promoted. To drive progress and growth in their team, sales managers must rock the boat.

Perhaps a manager notices one of her reps using an inefficient process or poor technique. If she’s hesitant to confront him, he’ll assume whatever he’s doing is okay. The bad behavior will become a bad habit. Even worse, it might spread to his fellow salespeople.

Next thing you know, the whole team has been negatively affected by their manager’s reluctance to have a potentially uncomfortable conversation.

Solution: Build time into your schedule to have real, necessary confrontations about issues.

Newly promoted sales managers need to abandon the “conflict avoidance” mindset and embrace productive conflict. Without this mental shift, they can’t push their salespeople to their full potential.

Be proactive and put yourself on the offense against this issue: Build these confrontations into your day. For example, if you know about that inefficient process or poor technique, schedule a one-on-one meeting with the rep, identify the goal of the meeting, and create an agenda for the feedback/training. By creating the space to have the conversation and scheduling it on your calendar, you’re doing two things:

2. They’re too quick to rescue their reps.

When I ask salespeople what frustrates them about their manager, I hear the same response over and over: “I don’t like when we’re talking to a customer and they take over.”

Sales managers: I understand. It’s normal to miss the front-line sales experience, especially now that most of your time is spent in meetings, doing administrative work, delegating, and coaching. In addition, you don’t want your reps to screw up valuable opportunities — so if you sense a deal is going south, you’ll step in and rescue it.

By taking charge, you also lose your chance to coach your salesperson. How will you know what they’re doing when you’re not there if you don’t let them sell while you are? The vast majority of the time, you won’t be on the call or in the room. Your reps need to be capable of bringing in business on their own.

Solution: Allow yourself to recognize that not every mistake needs to be fixed in real time.

When I was a sales manager, I used to bring a coin with me to customer meetings. If my rep started doing something differently than I wanted her to, I’d squeeze the coin. This distracted me from the itch to take over.

Does this mean if you’re watching your salesperson unintentionally sabotage a $200,000 deal you shouldn’t jump in? No. However, don’t jump in as soon as you feel the urge — give it some time. You’ll salvage the coaching opportunity. Plus, they may turn the situation around on their own.

Learn more by watching this video:

To outperform your peers in sales, you need tenacity. Most of the salespeople who are promoted to managers are highly determined and persistent. This trait is fantastic except when they apply the “never give up” spirit to coaching their below-average reps.

I frequently ask sales managers, “Is there anyone on your team who you wouldn’t have hired if you knew then what you know now?”

Besides the negative impact these reps have on your team quota, they’re also horrible for morale.

Let’s say Ben has consistently under performed for the past seven months. When his manager stands up at the next meeting and says, “We’re striving to hit this ambitious goal and improve our performance even more,” everyone is thinking about Ben. The manager’s public commitment to excellence doesn’t feel genuine or inspiring because she’s okay with keeping a mediocre salesperson on the team.

The point is sales managers tend to hang to unsuccessful salespeople far too long.

Solution: Provide a concrete plan, timeline, and consequence for under performing reps.

If you’ve tried to train and coach someone and they’re not applying your coaching or implementing any changes, you must draw a line in the sand. Give them a deadline to act on your suggestions. Then, outline the consequences if they continue their course of action.

The minimum acceptable standard of performance is equivalent to the lowest performing rep on your team. If you’re not satisfied with that standard, either coach the rep in question or replace them with someone stronger.

4. They have fallen into the habit of criticizing instead of coaching.

Sometimes, when someone has fallen into a new role, it may be instinctual to begin rectifying all the visible "flaws" right away. In addition, a new sales manager may feel the pressure to assert authority early or improve performance fast to justify the promotion or role change.

The danger to this is that you can easily fall into the trap of only pointing out the negatives. Imagine that you're a sales rep and what it might feel like if the only feedback you received from your manager was the missteps you took during the call. From your standpoint, you're being constantly nitpicked without getting any value or direction from it. This erodes the trust you have with that manager, and as that trust disappears, you listen less and less.

A sales manager's responsibility is to coach, which comes down to:

Criticizing may seem like coaching when no effort is being made to provide value and help the reps learn from their mistakes.

As a sales manager, you want to maintain a positive environment while holding your team accountable. This starts by pointing out exactly what the sales reps did right so that they can continue incorporating these strategies or attributes into their routine. It also takes the bite out of the times where you will be in the position to provide negative feedback.

When the time comes where you do need to curtail issues, you'll need to reframe your negative feedback so that it's a teachable coaching moment rather than just criticism. You can do that by following the SBI Feedback Model:

If you've ever brought up a concern in a meeting with your boss only to have the conversation devolve into a tangent that had no bearing on the original concern, you probably felt unheard and unappreciated. In addition, that concern may have never gotten fully acknowledged and dealt with later, and you likely lost a little bit of respect for them along the way. This could have been a result of poor listening skills rather than the individual being inconsiderate or incompetent.

According to the Harvard Business Review, the average listener will only remember around 25% of what they heard and also tends to forget altogether as soon as 8 hours later. So, is that really listening? When communication is the foundation for how we absorb information and form relationships, those aren't good odds.

The good news is that studies have shown that listening training can improve the ability to understand by 25% or more. This strengthens the idea that active listening is the key to effective communication, retention, and understanding.

Even if you don't have the ability to take formal listening or communication training, you can still incorporate active listening best practices into your routine today:

While the road from salesperson to sales manager might usually be a bumpy one, some foresight and planning can smooth your way. You may be asking yourself if any of these situations apply to you. Why guess when you can know for sure? Anytime you meet with a member of your sales team one on one, ask them: “Is there anything that you need from me that would make a difference in your role?” This gives them the space to indicate exactly what they want from you as a manager.

5 Advanced Selling Skills (& the Techniques to Nail Them)