Selling Expenses: What They Are and Why You Need to Track Them 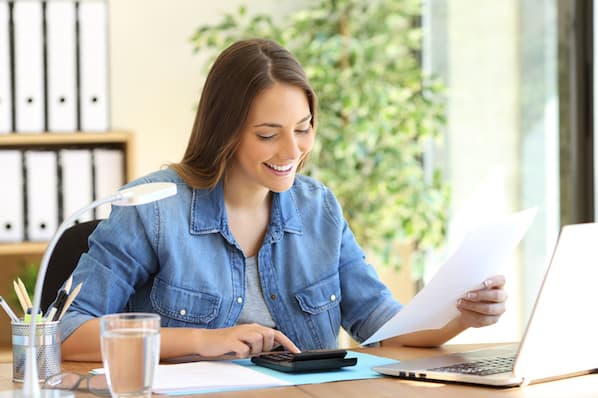 Say your company had a wildly successful product launch in Q1. Over the remaining year, your company mass produces, extensively markets, and makes a series of aggressive sales pushes for this next-level, ground-breaking product of tomorrow.

Now, the dust has settled, and it's time to put together your income statement. You've incurred a lot of costs across a variety of functions, and you're expected to partition your expenses into different categories.

Every dollar you spent belongs in a specific category, so how do you know how to where all that money belongs on your income statement?

Here we'll focus on one major type — selling expenses. We'll see some different examples of costs that qualify for that category and learn how to differentiate it from other similar subsections.

What are selling expenses?

The term 'selling expenses' encompasses any costs a sales department incurs during the selling, distribution, and marketing of a product or service.

For the sake of example, let's imagine a company that sells commercial ovens to bakeries. In this case, the company's selling expenses wouldn't have anything to do with the construction or installation of those ovens.

Instead, the costs would only cover expenses pertaining directly to the sales process — including travel costs, parking, salaries, and commission. Anything that wasn't immediately related to the salesperson going from bakery to bakery, convincing business owners to replace the ovens they're using wouldn't be counted when calculating selling expenses.

In some cases, marketing expenses might be counted under the umbrella of selling expenses. Whether a business makes that distinction is generally a matter of how interwoven that company's sales and marketing functions are.

If marketing responsibilities typically fall under your company's sales department, then they should be accounted for in your selling expenses. This can include aspects like the cost of developing advertising campaigns, the creation and distribution of promotional materials, and any sort of social media expenditures.

Though pinning down your selling expenses might seem straightforward, there are some similar cost-categories you need to be able to differentiate from — namely, administrative expenses and cost of goods sold.

Administrative expenses cover a company's general overhead. They include the recurring costs companies need to consistently address to 'keep the lights on,' including office rent and insurance. They differ from selling expenses in that they're not tied to the operation of any specific department or function.

That reference to production also brings another important distinction to light — the one between selling expenses and costs of goods sold (COGS). COGS covers the resources and supplies necessary to produce a company's product or service.

In our commercial oven case, let's say the company has a manufacturing plant for its ovens overseas. COGS would include the plant's rent, the salaries for the workers who construct the ovens, and the supplies required to build them. It would also encompass the freight and shipping costs it takes to bring the finished products into the United States.

It's important to be able to differentiate these expense categories and understand how each impacts the overall profitability of your company. Partitioning each category gives you more clarity into where you're spending, how efficiently your spending, and how you could better allocate your resources and capital in the future.

The proportion of selling expenses relative to other expense categories often varies from business to business. A company whose product requires extensive on-site demonstrations will incur larger travel costs than others. Businesses have varying commission structures, and some businesses — like ecommerce sites — will have minimal direct selling costs but considerable online marketing expenditures.

Your selling expenses are also often reported on your income statement as a subset of your operating expenses.

It's important to track what it costs to sell your product. It can offer a starting point for determining how your money could be better allocated if your sales figures aren't what they need to be. No matter what the nature of your business might be, it's imperative that you keep tabs on your selling expenses.

Revenue vs. Profit: The Difference & Why It Matters

What Is Revenue? A Quick Refresher