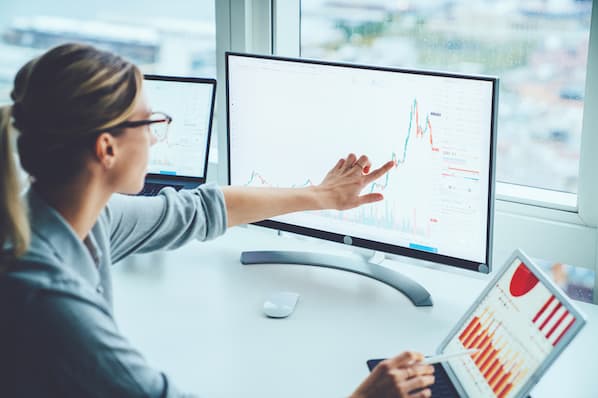 The world never stops turning. Arnold Palmers are always the best drink to order on a restaurant patio in the summer, and Betty White remains a national treasure with every passing year. There are plenty of other examples I could cite — those are probably the main ones though.

Consistency is, well, consistent in a lot of fields, and pricing is no exception. Certain goods' and services' prices can be extremely resistant to change — they're prices that stick and are, naturally, referred to as sticky prices.

Here, we'll explore price stickiness a bit further, go over some examples of sticky prices in practice, and contrast the concept with its natural opposite: flexible pricing.

What are sticky prices?

Sticky pricing occurs when the price of a given product or service remains rigid and resistant to change despite shifting demand and broader economic circumstances that make other price points seem more appropriate.

Price stickiness — also known as nominal rigidity — is a common phenomenon and a tenet of macroeconomics. To put it as bluntly as possible, it's essentially the underlying premise of a company saying, "We're going to keep the price of our product static at $15 per unit, regardless of inflation, changes in consumer demand, or any other potential macroeconomic shocks."

The same concept can also apply to wages, specifically when it comes to downward shifts because — shocking as this may be — workers generally don't like pay cuts. In those cases, wages tend to stay rigid or increase more than they go down.

There's no lone reason for firms to keep their prices sticky — the phenomenon has multiple root causes. Here's some insight as to why a company might embrace rigid pricing.

Why would prices be sticky?

The costs of adjusting prices might not be worth it.

In some instances, the logistics, hassle, and costs of shifting prices to meet demand might not seem worth it to a business — particularly if the prices they're charging have been advertised or thoroughly promoted.

If a company is in that boat, then changing prices means incurring something known as "menu costs" — a term that stems from the additional costs restaurants assume when they have to print new menus with different prices.

Promotion and advertising are rarely cheap. If a business thinks the boost in sales from matching demand won't be enough to offset the new overhead from revamping those kinds of materials, it will probably keep its prices sticky.

Some firms have long-term contracts to sell their goods or

In some cases — most commonly with companies that sell B2B — businesses will be locked into long term contracts to sell their goods and services at agreed-upon prices. For instance, a flour vendor might make a hard, three-year deal to supply an industrial bakery at a specific price each year.

If demand for wheat suddenly skyrockets, and the vendor has more leeway and leverage to charge more for its product in general, it would still have to keep its price sticky with the company it signed the contract with.

Firms might be reluctant to raise prices and anger

It's no secret that consumers generally err on the side of, "I don't want to pay more for a product than I think it's worth." And when consumers get accustomed to paying a certain price for a given product or service over long periods, that mentality takes hold.

And once customers are entrenched in that position, it can be hard to shake them loose — so much so that raising prices comes at the expense of keeping their business. So even if demand has shifted in a company's favor, a hike in prices might not be enough to cover the losses incurred from ticking off its base.

As I mentioned, the phenomenon known as "menu costs" gets its name from the trouble caused by the literal costs of changing restaurant menus. If a fast-food chain wanted to change its prices, it would have to alter its promotional and informational materials to reflect that shift. So, in many cases, those kinds of businesses will keep their prices rigid and ride out changing consumer interests.

The "menu" pricing dilemma often also applies to SaaS companies. Pricing a SaaS product is a tricky, delicate practice. Doing it right often means bringing in pricing consultants and updating software, and even then, it can still be a crapshoot.

That risk — coupled with what is often a significant drain on time, effort, energy, and resources — isn't worth the trouble to a lot of businesses in that industry. In turn, they keep their prices sticky.

The early days of Coca Cola provide an interesting example of price stickiness. From its invention in 1886 to the late 1950s, the price of a bottle of Coke held true a nickel — even as most other product's prices adjusted through some 70 years of shifting economic circumstances.

Most vending machines that sold Coca Cola only took nickels, and if the company wanted to overhaul those machines to take dimes, they'd have to double the price of their product.

Fearing customer frustration and the loss of business that would come with it, Coke opted to keep charging five cents for their product for the better part of a century.

Flexibly priced products and services are more prone and responsive to any changes in industry trends or shifts in the economy at large. Those goods include commodities that constantly adjust their prices like gasoline, and the broader idea of flexible pricing encompasses some more specific pricing strategies.

For instance, the practice of segmented pricing — like when movie theaters offer discounted prices for seniors and students — falls under the umbrella of flexible pricing. The same goes for a construction contractor being willing to negotiate their prices with clients based on the scale of a job.

As I mentioned, the concept of sticky prices is a core tenet of macroeconomics. It's a prevalent phenomenon with some significant bearing on the economy at large. So if you want a better picture of how and why certain prices seem to stay put no matter what, it's an idea worth having some concept of.

How to Implement a Promotional Pricing Strategy the Right Way

Predatory Pricing: What It Is, How It Works, & What It Looks Like