What Does a Sales Enablement Professional Do? [+ Template Job Description]

If sales and marketing are married, then sales enablement is sort of like their child. Some traits from column A, others from column B, and at home sitting with either department. 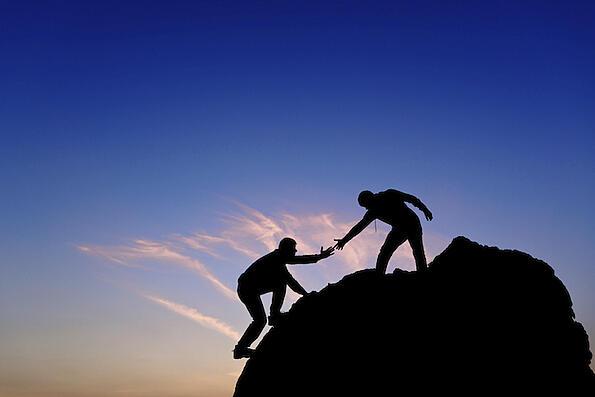 But just like a child, sales enablement is growing and changing by the day.

However, despite the variances, there are also similarities in the day-to-day jobs of sales enablement professionals, as evidenced by the testimony of three managers in the trenches. They revealed the skills and experiences that make for success in sales enablement, and weighed in on their biggest challenges. And from their experience, we created a sample job description in case you're planning on founding (or adjusting) your company's very own sales enablement team.

"We try to coordinate events or local marketing efforts to move the needle in specific markets," said Kurt Jones, director of sales enablement. "And at least once a week there's a huge packet of information going out to the sales team."

Content creation is the cornerstone of the sales enablement program at HubSpot, according to Debbie Farese, sales enablement manager. The team produces case studies, competitive information digests, proposal templates, and prospect-facing informational material, among other collateral.

ADP breaks its sales effectiveness organization into three sub-groups: sales messaging, regional marketing campaigns, and lead nurturing and development. "We have a centralized sales operations group and we work with the smaller sales operations groups within the businesses," said Patrick Flanigan, senior director of sales enablement. "The 12 different lines of business are my internal clients." Responsibilities include content creation, rolling out sales tools, and supporting prospect qualification.

While each of these managers said their organizations are relatively new, some are more established -- and staffed -- than others. ADP had the most established function of the three, with approximately 60 employees hired over the division's five years. Including Farese, HubSpot's sales enablement function has four full-time employees to support 180 reps, and was only formalized at the beginning of 2014. Jones was the first hire into PeopleFluent's sales enablement department five months ago, and now heads a team of three.

However, size and specific duties aside, each of these organizations had a single stated purpose: to provide the sales team with the resources they need to generate more revenue. To reinforce the tie with Sales, Farese explained that HubSpot's sales enablement team actually sits among the reps, although the group reports to Marketing.

"I think physically sitting with the sales team is really important -- they see us and can pop by and ask questions," she said. "They know we're in it with them."

All three managers said an understanding of an organization's sales process is crucial to perform their jobs well. So does that mean a candidate needs sales experience to be successful?

Not necessarily. Flanigan's background is in marketing, although he has traditionally worked in sales support roles.

"I think you need some marketing acumen in this role," he said, "but you need to be able to translate that into how sales reps will use it."

Jones has both sales and marketing experience, but spent the few years prior to his entre into sales enablement as a recruiter. This allows him to not only understand the seller's point of view, but also the buyer's perspective, as recruitment software is part of PeopleFluent's product suite.

Farese has never been a sales rep, but as a product marketing manager at Microsoft, she worked closely with sales teams, creating pitch decks. This mix of marketing and sales was just what HubSpot was looking for. "They wanted someone who could create content but also understand how to get salespeople to adopt that content, and jump on demos and talk to customers and prospects as well."

But while experience in sales isn't required, a sales enablement manager should familiarize themselves with their organization's sales process and buyer's journey as much as possible. Ride-alongs with salespeople help to achieve this aim for Flanigan.

Firsthand experience was also important for Jones. "If somebody's coming out of a marketing background, I think it would be important to be on as many sales calls as they could so they see how [content] is used, and how a client reacts to it, and hear the questions they come up with," he said. "That's the best feedback."

When hiring sales enablement employees, Farese didn't have one particular background she looks for, but she did mention two skill sets that might give candidates a leg up: sales and writing.

"Someone with a sales background is automatically a good candidate, except it's going to be one in 10 that’s going to be willing to give up the salary structure and pace," she said. "On the flip side, if someone’s a great writer -- an English major or journalism major -- then they probably have those core content creation skills." She explained that all candidates have to write a sample case study, which assesses writing ability as well as product understanding.

As for the skills that these managers consider to be crucial, a few common threads emerged. Both Farese and Jones mentioned the importance of communication.

"The most important thing is being able to communicate the value of the product in a concise and compelling way," Farese said.

In a nod to coordination across departments, Jones said that sales enablement managers should have "good old-fashioned relationship building skills, because people have to want to work with you."

According to Flanigan, project management, coordination, and presentation skills are table stakes. He also emphasized the importance of relating to the buyer, and understanding social media.

Finally, both Farese and Jones raised prioritization as a core competency, and Farese also brought up analytical ability. "They should be comfortable analyzing numbers and pulling reports," she said. "And you have to be able to weed through volumes of information and boil it down to the bullet points really well."

Every job has its ups and downs, and working in sales enablement is no different.

"My favorite part is working directly with the sales team, and seeing the results," Flanigan said. "The most challenging thing is coordinating all the resources behind a project. Working with all the different cross-functional teams requires cooperation and open lines of communication."

Jones gave a remarkably similar answer. "I think my favorite part is the pace of it. Especially within the software world -- it's constantly moving," he said.

But again, coordination presents a challenge. "Sometimes it feels like you're herding cats. You have people with competing priorities, and you have to try to persuade everyone to go in the same direction," he said. However, he added that being able to get everyone behind one initiative is satisfying in the end.

And across the board, measurement poses a problem.

"It's really hard for us to measure adoption of our content by the sales team," Farese said. "Anecdotally, we know we’re valued, but to take the team to the next level, we need to have a good system to analyze what the best reps are consuming and use that data to sell that content to other people."

What does the day-to-day of a sales enablement professional look like? Safe to say the job is not for creatures of habit.

Jones' day-to-day agenda reflects the newness of PeopleFluent's sales enablement division. "We're doing everything for the first time now," he said. "I'd love to spend more time being proactive and less time being reactive, but right now it's probably the other way."

Because sales enablement is still a young function, business leaders should look for candidates with an entrepreneurial spirit, as well as people comfortable working in unpredictable environments. Here's a sample job description to help recruit your first sales enablement hire:

Be sure to customize this template to encompass the roles and responsibilities you'd like your sales enablement team to take on.

An Introduction to Sales Enablement Strategy