Where Should Sales Enablement "Live"? 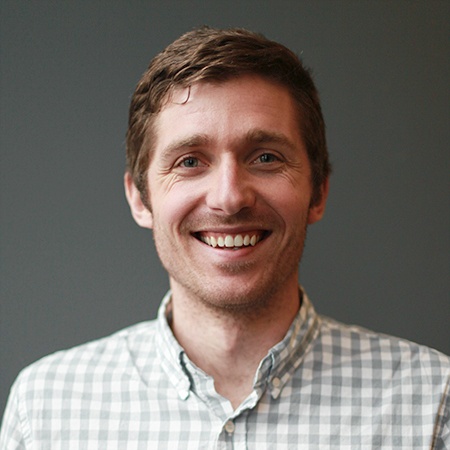 HubSpot previously published an article defining “sales enablement.” According to the article, 75% of organizations don’t have a well thought-out sales enablement process. So, as you build out that process, let’s discuss where Sales Enablement should live, as in which department the function should sit.

Everyone knows a kid from their childhood who seemed to be a wanderer. We’ll call the kid Sal. Sal was the close friend who was always up to nothing and down to hang out. You never knew much about Sal’s history or what he was thinking half of the time, but you know he was a good guy. He was smart, insightful, quick to problem-solve, comfortable anywhere, and your parents seemed to like him.

Sal was always there when you called. Whether it be troublemaking or celebrating, Sal was there to get you into it and through it. He helped you skip school, and even after stealing two PBRs from his dad’s fridge to celebrate the end of a semester well done, he made sure you didn’t disrespect the “home by dinner” rule.

If you haven't yet caught my drift, Sales Enablement and Sal are the same -- they’re always around for support at the end of each day, and at the beginning of the next.

Okay, back to business. Although it varies from company to company, SE primarily tackles the following tasks. Rank these according to importance. Keep in mind that your ranking will likely vary depending on the stage or business goals of the company:

Now that you’ve got that sorted, use the list as a guide to hire your first dedicated sales enablement “guru,” if you haven’t already. For example, at Lesson.ly we decided that training, onboarding, and content creation would be the three absolute best ways to get more to and from our sales team. Our first sales enablement hire was Catrina, who is particularly strong in these three areas. We’ve coined her our “Creative Learning Manager.” Catrina’s sales enablement job is to act as creator, editor, and liaison of supporting sales materials between departments. She’s Lesson.ly’s Sal.

Sure, sales teams are ultimately responsible for their success (or lack thereof). That said, Sales should never act in isolation. Think about all those good times with Sal. You wouldn’t have had fun without him. You depended on him for new adventures, and him you. And just you treated Sal like a part of your family, SE should be a part of the Sales family.

Because SE intimately understands what Sales needs, and recognizes struggles and bottlenecks, I believe sales enablement should “live” and report up to Sales. Sitting on the sales floor, sales enablement employees hear objections, challenges, and opportunities that can be translated to actionable process and training.

However, just like Sal floated among several groups of friends, SE teams should tap into marketing and product departments when trigger events occur. For example, when a new feature is released, the sales enablement department should be dictating when, how, and why this is explained to the sales team. The SE team taps Product on the shoulder for the details, and translates them effectively to the group.

Same thing in marketing. If SE hears objections or sees lost deals related to “a lack of priority,” they tap Marketing on the shoulder to develop an ROI calculator.

Another reason Sales Enablement should live in Sales is to make it easy for reps to (occasionally) help fuel SE. The best teams take a democratized approach here; people teach and learn from each other. Here are a couple examples:

Have SE take information from these kind of achievements and build upon them for widespread use.

Now that Sal’s grown and gone, you might not know where he is or what he’s doing, but you still sometimes think about how he’s helped you and the lessons you’ve learned in each other’s company. When hiring for a sales enablement team, look for people like Sal who are dependable, communicative, flexible, and insightful. Just like your pal Sal celebrated your highs and sympathized about your lows, a great sales enablement manager who sits among the reps will quickly be assimilated as an integral part of the team.

Your 6-Step Action Plan When You're Getting Zero Sales

The Top 4 Sales Enablement Predictions for 2020