The #1 Reason Why Prospects Go Dark and Don’t Buy 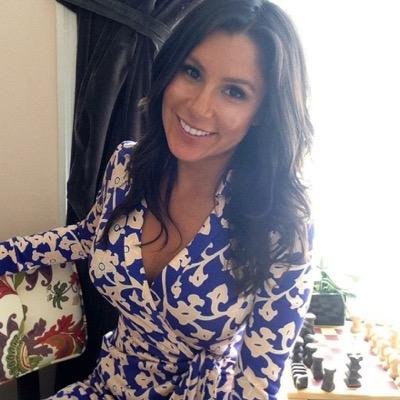 When I first started selling, I'd experience the following scenario all the time:

I'd leave a meeting thinking I nailed it -- only for the prospect to go dark after my attempts to follow up.

What the heck was I doing wrong?

It turns out that in many cases, I stopped hearing back because the prospect hadn’t bought into making a change to solve their business pain.

They'd bought into having pain and were even sold on my solution, but they hadn’t taken the crucial last step of deciding to change anything about it.

I had assumed they wanted to change but ultimately lost the deal because they decided to do nothing. Even when your buyers realize your solution’s value, it’s still easier to stick with the status quo.

I'd made a classic error: I'd failed to uncover my prospect’s hidden objection -- a reluctance to take action.

The takeaway? Unless you dig for obections, it's easy to overlook them. It’s hard for prospects to fully define their reservations and anxities, so you’ll have to uncover what they are. There's also social stigma associated with rejecting people, and your prospects don't want to feel bad about themselves. So they take the path of least resistance: They go dark, and tell you the real story later (or never at all).

However, there are ways to move a deal forward.

One tactic to overcome inertia is simply asking questions. A few of my favorites are:

1) Do you want to change this?

It sounds simple, but reps rarely ask this.

2) Would this change be in line with your company’s goals?

If the company isn't behind the change, you'll have to do some extra work to move the deal forward.

3) Where does making this change fall on your priority list?

Get specific. Are you in their top three or bottom three? Is there something that’s more important or blocking your deal?

On the flip side, you can use these other priorities to your advantage -- it’s possible your solution will help achieve other goals, but your prospect isn’t aware of that fact.

4) How committed are you to changing this in the next [time period]?

Assuming you're on their priority list, your prospect’s answer will give you a sense of how quickly you can close and start implementation.

These questions sound basic, but surprisingly few salespeople ask them because it’s easy to assume you know what your buyer’s thinking. But that just makes it easy for your buyers to keep the whole truth from you and simply go dark. It’s crucial to hear the whole story so you can focus on overcoming your prospects’ core objections.

Here’s what such a conversation looks like in action:

Prospect: "This is great! I can see exactly how I can use your product."

Rep:"Awesome. Would you want to change from your current process to implement this one?"

Rep:"When do you expect to make a change?"

Prospect:"Maybe in the next year or so."

Rep:"So this isn't really a big priority for you then, is it?"

Prospect:"It is, but we need to redesign our website first, and budgets don’t get allocated until May."

By digging deeper, you're starting to uncover real objections, so you can face them head on. If you had stopped qualifying after your prospect’s first answer, you’d proceed through the sales process with a false sense of security.

Even if you find that your product isn’t a high priority right now, you'll at least know what’s standing in the way and when it makes sense to check back in. That way, you can focus on the deals where you're closer to the money.

If you find that you're high on their priority list, you've just gotten yourself some further buy-in, which will make closing much easier.

When a prospect answers each of these seemingly basic questions in the affirmative, there's a subtle compliance tactic in play. Each small buy-in makes it easier to get to the next larger "yes." Plus, you now can hold your prospect accountable -- we all like to be consistent with what we say.

This is called the “Change Buy-In.” It’s designed to make the “change” step of the Buy-In Method, displayed below, more explicit by asking questions that build on one another. 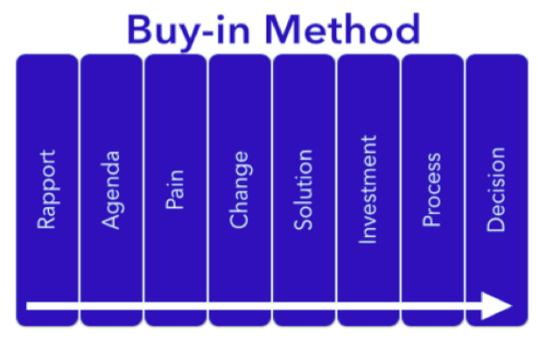 This is just one of eight buy-in strategies you can use throughout your sales process. By asking strategic questions during each step of the process, you’ll be able to more thoroughly qualify your prospect and make sure they’re willing to commit to each step (and eventually the sale). To get more of these questions, check out the free course on this method here.

The Ultimate Guide to Objection Handling: 40 Common Sales Objections & How to Respond

9 Ways to Respond When Your Prospect Asks for a Discount