What Are API Keys? (And Are They Secure?) 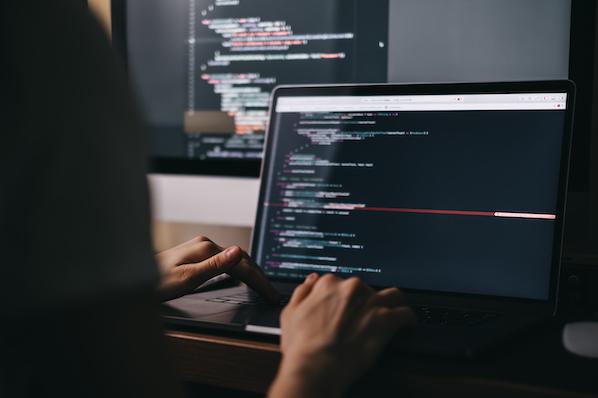 Application programming interfaces (APIs) allow software programs to interact with each other, share data, and integrate their functionalities. APIs facilitate conversations between otherwise disconnected software, and are the technology behind many powerful integrations that you use every day.

Unlike a face-to-face conversation, however, it’s harder for an API to verify whether the app it's talking to is who it claims to be. Since they often expose private and sensitive information, APIs need ways of identifying their clients before letting them through. Otherwise, it’s a big security gamble.

API keys are one such security measure — they act like an ID card for the client making an API request, helping APIs to assign the right access permissions, as well as track how their data are being used.

If you work with APIs or marketing integrations, you should know what API keys are, where they fit into API security, and why they’re not the only layer of protection you should be thinking about. Let us explain.

What are API Keys?

An API key is an identifier assigned to an API client, used to authenticate an application calling the API. It is typically a unique alphanumeric string included in the API call, which the API receives and validates. Many APIs utilize keys to keep track of usage and to identify invalid or malicious requests.

Based on the API key provided in a request, the API checks the key with its client database, then either accepts or denies the request. If the request is accepted, the API grants the client access to its data and functionality based on the client’s access rights, which are also associated with the API key.

Additionally, API owners use API keys to monitor API activity, including the types of requests and volume of requests coming from individual clients. Since each request has an associated key, the API owners can filter by key and view all requests from a particular client.

This monitoring ability is especially important when protecting the API from harmful traffic. Hackers frequently target APIs through a variety of methods, such as faking credentials to inject harmful code or overwhelming the API server with requests. With keys, an API can eliminate anonymous bot traffic or block requests from a particular user if needed.

It’s important to note that API keys identify requests from projects and applications, not from individual users. An API key tells the API which project the request came from, but it cannot identify specific users with access to the project. This is a significant security limitation that we’ll discuss later on.

How to Use an API Key

APIs usually require developers to acquire a key before making requests. The process should be documented on the API developer’s website and tell you everything you need to get started.

In most cases, you’ll need to sign up for a developer account with an email and other information. Then, you’ll be asked to register your project and enter any project information the API owners should know about.

From there, you should receive at least one API key, a unique string of randomly generated characters associated with your project. It will look something like this:

You may receive two keys, one labeled as your “public key” and the other as your “private key.” A public key can be shared with collaborators and is more limited in access to the API’s data and functions. A private key should not be shared with anyone — it’s the more definitive identifier of your project and gives access to your developer account, plus all of your data.

As for including your API key in requests, refer to the API’s documentation for where to place your key — typically, it’s in the request header:

… or written in a query string following the request method:

Web APIs are a common target of cyberattacks because they transfer sensitive data between applications — including login credentials, personal information, and financial transactions — over the internet. To combat this, web APIs need to be very secure at all times.

API keys can identify a project to an API and specify which resources a project may access. However, experts do not consider API keys to be secure enough on their own. This is for a few reasons:

OAuth is a more complex process that deserves its own article, so here’s an explainer that goes in-depth on how OAuth works.

How to Store API Keys Securely

Despite their drawbacks, API keys are still popular and useful at identifying calling projects. There’s a good chance you’ll need to keep track of one or several when working with an API.

API keys work a lot like passwords and should be stored and protected as such. Here are some basic steps you can take to limit the risk of your key being stolen:

To drive this lesson home, here are some examples of popular APIs and how they implement API keys for security.

The Google Maps Platform uses API keys to secure its requests for map data. After setting up a developer account with Google, you can easily create a Google Maps API key in your credentials area.

Google also encourages users to restrict their API keys to accepted domains and allows you to do this in the credentials area. Additionally, the Google Maps API only accepts requests secured with HTTPS.

Google provides the following example of what an API key looks like in a request:

Want to put interactive Google maps on your site or app? Check out our guide to getting started with Google Maps APIs

To authenticate requests to its API, payment processing service Stripe provides API keys for each developer account. Specifically, it issues two types of API keys: “publishable,” which is your public key that associates your account with Stripe, and “secret,” your confidential private key that lets you make any request to Stripe.

Stripe issues two pairs of publishable and secret keys, one for your live application and one for API testing. This gives your four keys total. Test API keys include the substring _test_.

Though API keys are not the only (or even the best) API security measure, they’re still useful for API vendors and important for authenticating API integrations.

As API integrations develop and spread among new applications and smart devices, one thing won’t change: There will always be people looking to steal and exploit personal data. That’s why any reputable API that transmits sensitive information will include API keys (and more) in its security arsenal.

What Is a Retail API? 13 Best Examples