DevOps Engineers: How Do They Help DevOps Teams Move Forward?

If you work in IT or software development, you’ve likely heard the term "DevOps" thrown around. You've probably also heard of the DevOps engineer role, but what does a DevOps engineer do, and why would a business hire one?

To understand this role, we must first understand DevOps. DevOps is a strategy for crafting, deploying, and maintaining software that builds on agile methodologies to deliver new products — or product features — faster than traditional development practices. An easy way to think about this concept is that DevOps is the integration of the development team (Dev) and the operations team (Ops). 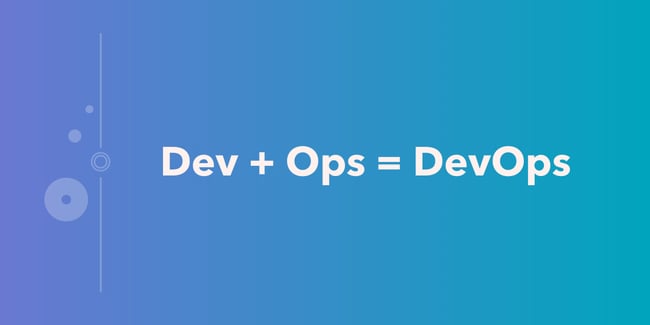 If you would like to explore more, take a look at this video for additional background on the DevOps methodology, stages, and potential tools:

Now that we understand what DevOps is, let’s take a look at one of the folks behind the curtain of a DevOps team: the DevOps engineer.

What is a DevOps engineer?

A DevOps engineer is an IT enabler who uses a wide knowledge of development and operations processes to integrate two sides of the software lifecycle. They use different techniques, including tools and cross-team communication skills, to remove friction from the DevOps lifecycle.

The DevOps engineer oversees the DevOps lifecycle and collaborates with the development and operations teams to ensure sprint goals are met and projects meet deadlines. They serve as a fundamental link between both sides in a DevOps team and advocate for the adoption of DevOps principles and methodologies. This advocacy is a critical responsibility to ensure best practices are established and followed in an organization when adopting a DevOps approach.

As we’ve seen, DevOps engineers wear many hats and bring many skills to the table to ensure they can meet the needs of each stage in the DevOps lifecycle, which we’ll cover below:

Let’s go over each of these skills in more detail.

When working with team members, effective communication and collaboration are key. A DevOps engineer will also interface with an organization’s leadership and external customers, so it’s critical to explain their work in terms non-engineers can understand.

Additionally, DevOps is an iterative process, so collecting feedback from team members, product owners, and end users will highlight areas where the DevOps engineer needs to focus their optimization efforts.

Team management is another "soft skill" that is crucial to a successful DevOps model. Like any team, conflicts will inevitably arise, so effectively resolving these issues will lead to happier team members and prevent interruptions in the DevOps pipeline. Team management also means allocating resources and assigning roles to ensure needs are met and team members are engaged throughout the process.

Tools help automate processes, and automation is a central way to enforce code standards, test software, log issues, and remove menial tasks within a DevOps pipeline. As a DevOps advocate and expert, the DevOps engineer will constantly be looking for ways to deploy tools to achieve new efficiencies. Some popular tools are Git, Selenium, Docker, Jenkins, and Kubernetes.

A DevOps engineer should have a solid understanding of the full tech stack the team is using to build, test, deploy, and operate so they can solve problems faster and achieve higher levels of integration between team members. In addition, understanding the environment the product will operate in provides better foresight to avoid bugs that may emerge during the operations phase of the pipeline.

As part of understanding the tech stack, a DevOps engineer should also have a working knowledge of the programming languages the software engineers are using. This competency will enable the DevOps engineer to understand the developers’ processes and to assist with coding-related tasks.

Configuration management is a method for cross-checking the latest product builds to ensure they follow established standards. Consistency is key since improper configurations can result in a product that doesn’t work in the specified environment, which goes against the core DevOps tenet of delivering "battle-ready" software.

Version control enables development teams to track changes to their project’s code across multiple team members, restrict editing permissions, and test new features before deploying them. These capabilities make version control essential to enforcing code standards and preventing bugs in delivery. Git is a version control tool that has been widely adopted across the tech industry.

DevOps engineers should understand how to provision IT infrastructure and deploy the product seamlessly. This capability provides a fundamental bridge between the development and operations phases.

Cybersecurity is a chief concern for many DevOps teams. With the rapid iterations of a DevOps lifecycle, they worry that security will be viewed as an afterthought. DevOps engineers should understand common software vulnerabilities and secure code practices to ensure products aren’t being delivered with weaknesses that bad actors can exploit. Many organizations are adopting a DevSecOps approach where the security team is integrated into the DevOps lifecycle to make security a priority at every step.

Security automation tools can test software during the code and build phases for bugs and known vulnerabilities. Then, they can simulate attacks during the testing phase. Once an application has passed operations and security tests, these tools provide real-time incident monitoring and response for the deployed product. Some examples of security automation tools include SpotBugs, Snyk, OWASP ZAP, Ansible, Tripwire, and Halo.

You may have noticed coding and scripting listed among the skills above and wondered, "Isn’t that the software engineer’s job?"

In short, yes. DevOps and software engineers will both know coding languages. After all, they need to speak a common language to work together effectively. But where the software developer will be primarily responsible for building code, the DevOps engineer will be responsible for creating processes and implementing tools to move this code throughout the DevOps lifecycle. In this workflow, the software engineer's coding skills are specialized, and the DevOps engineer's coding skills are generalized.

A DevOps engineer will work in multiple disciplines and balance different demands using a variety of skills. Their versatility makes them an invaluable asset, and a successful engineer can expect to move from junior to senior-level titles, and then even to architect or management roles.

Since DevOps is a relatively new practice, so too is the DevOps engineer role. It’s a rapidly expanding field and is projected to continue growing over the next decade as more organizations adopt DevOps approaches. The U.S. Bureau of Labor Statistics forecasts a 22% growth in the number of jobs for software developers, quality assurance analysts, and testers between 2020 and 2030 (they do not track stats specific to DevOps engineers). This increase is much faster than average for the U.S. job market.

Most DevOps engineers will come from a software development or system administration background since the prerequisite knowledge needed to support the DevOps lifecycle is so broad. Ideally, they will have experience on both sides of the house, which will give them a greater perspective on how to integrate Dev and Ops. Having experience with the specific technology stack that an organization is using in their DevOps workflow will also be advantageous.

The specific title will vary depending on the organization, but a DevOps engineer can expect regular progression from entry-level to junior-level to senior-level. Which level they start at depends on if they have previous experience as a DevOps engineer or other relevant experience. Senior DevOps engineers may also have the opportunity to advance into management or architect positions where they will have greater authority over the tools, processes, and personnel that the team onboards.

Overall, this role is a good fit for anyone seeking a full-picture understanding of the software development lifecycle, and given the number of skills and responsibilities, they are fairly compensated, as we cover below.

The average annual salary for a DevOps engineer in the U.S. is $105,017, according to Glassdoor. Of course, the number may be higher or lower for each individual depending on geography, years of experience, existing skills, education, and other factors each hiring organization will weigh differently.

Building Your Skills to Become a DevOps Engineer

As we’ve seen, DevOps engineers wear a lot of hats and bring a wide range of knowledge to the table. Building out a robust understanding of different coding languages is a great starting point for anyone looking to pursue this career path.