Reddit's Launching a Developer Platform: What You Need to Know

At its core, Reddit is a community that offers users a sense of togetherness and a place to discuss various topics. The social news aggregation site is taking that to the next level by launching Reddit developer tools. 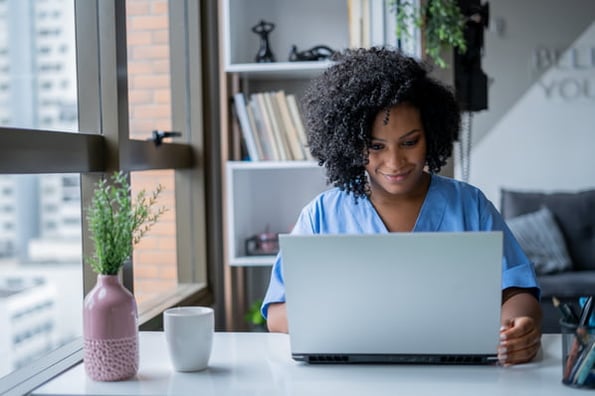 In this post, we'll dive into everything you need to know about Reddit's emerging developer platform, share when the tools will debut for all, and discuss how devs can harness the software's power.

What is Reddit's developer platform?

Reddit's developer platform is a place where devs have the opportunity to create and launch apps and programs that will influence the way users experience the forum. The company prides itself on continually developing new methods for Reddit users, affectionately dubbed "Redditors," to engage on the site. Now, using Reddit's developer tools and resources, devs can contribute to Reddit's robust culture by innovating new products they'd like to see available.

Using Reddit developer tools from a company-provided toolkit, devs have the opportunity to create new third-party software extensions. Reddit anticipates offering the toolkit paired with a directory of extensions. From there, Redditors and moderators alike can peruse the directory and create a unique experience on the platform. The result is even more customization, allowing communities to handcraft their Reddit adventure.

Reddit states that "the suite of developer tools and resources…will enable and empower developers whose contributions will support millions of users and over 100,000 active communities on Reddit." Because current third-party developers are isolated resources solely helping develop for the communities they're passionate about, the launch of the Reddit developer platform allows devs to create extensions all Redditors will love. The result? More personalized experiences for more communities.

Reddit's Chief Product Officer Pali Bhat explains it best. In an interview with TechCrunch, Bhat said, "Our vision is to have a portal where users and moderators can choose which tools they want to use for their communities that will make users' experiences simpler and more meaningful."

When will Reddit developer tools be available to all?

Reddit announced its new developer-centric platform in August 2022, but it's not yet available to the general public. Currently, the Reddit developer tools and platform are in beta testing mode.

Therefore, if you're interested, you'll have to wait a bit longer before you can begin creating products for Redditors to enjoy. However, we have a rough estimate of when the company will unveil the tools and platform. It's predicted that these will debut sometime next year, in 2023.

Why are Reddit's developer tools and platform exciting?

Reddit has stated that they prioritize alignment with individuals building tools around the platform's broader values and most important principles. To do that, they're empowering developers who are passionate about powering custom community experiences to get involved.

Here's why Reddit's developer tools and platform are exciting for devs and Redditors alike.

Suppose you're aweb developer and you're passionate about helping create a community where people can find and connect with other like-minded individuals. In that case, you'll love to utilize Reddit's new tools. With the debut of this platform, you'll have the opportunity to help the entire Reddit community gain access to exceptional extensions, have a more customized experience, and create a unique Subreddit culture with the assistance of dev-created extensions, etc.

If you're familiar with Reddit, you know that many creations from third-party developers already power the site and enhance subreddit experiences by running quietly in the background. (Think: The beloved "Remind Me" bot that delivers Redditors timed reminders when prompted.) Thanks to this new platform, developers will have a more standardized, streamlined process to release similar products for Redditors to enjoy.

You might wonder what the arrival of Reddit's developer platform means for Redditors. In the current climate, devs primarily create products that enhance the communities they're involved in. Their products or extensions may be tailored toward these communities, which means they're not highly transferable in many cases.

However, with the arrival of this portal and directory, moderators and Redditors will enjoy a more personalized experience. They'll be able to harness the power of the innovations developers are creating for the platform and apply them to a larger audience.

Get Ready for Reddit's New Developer Tools and Platform

The result of the Reddit developer tools and platform should be a more accessible, customizable experience for all of the site's users to enjoy. Get ready to experience a more personalized Reddit soon.