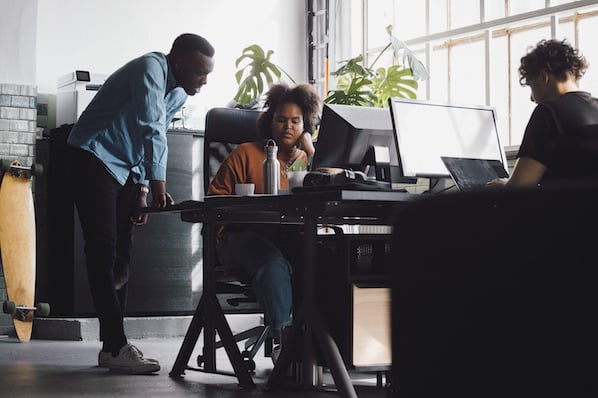 Testing is an integral part of the software and website development process, one of the final stages before your latest release is pushed to production. It’s an exciting phase, but also one you’ll want to get right.

What is a sandbox environment?

A sandbox environment is a virtual space in which computer code is executed in isolation, without effect on the surrounding network or its applications. Sandboxes are used in both web development and cybersecurity to safely test, monitor, and experiment with software.

The purpose of a sandbox is to provide a testing environment that replicates the production environment (i.e., the actual conditions a software runs inside), but is separate from a company’s other resources, like the servers used to run their website and applications or the databases that store customer information.

This way, if there are issues with testing, they’re confined to the sandbox and won’t impact other critical systems. When the sandbox code is fully tested and confirmed to work, it can be deployed to production, accessible to end-users and other developers.

How are sandbox environments used?

Whenever a software feature is introduced or changed, it must be tested to identify and correct bugs before it’s released to production.

Of course, it doesn’t make sense to run tests on a website’s or application’s live code. Instead, developers use sandbox environments for this testing. A sandbox simulates a real operating system environment and provides a safe place to catch and address errors.

Quality assurance testing may also occur in a sandbox environment before deployment to production.

Sandboxes are also used for conducting cybersecurity tests in isolation. Within the sandbox, security specialists can execute programs they believe to contain malicious code while keeping any effects isolated and away from the host devices, local network, and critical resources. Think of it like a cage where you can let a virus run loose without it harming its surroundings.

A sandbox environment could be used if, say, a business received a suspicious email attachment or link and wanted to check it for malware. Security researchers can also use sandboxes to conduct research on malware technologies, learn how they work, and test new defenses.

As another example, you may at some point believe a website contains malware that harms your browser. To check, instead of visiting the website with the browser installed on your operating system, you can install your browser in a sandbox environment and visit the website through it. Any harm to the browser or operating system is restricted to the sandbox. You could do the same with any downloadable software you suspect is harmful as well.

How to Create a Sandbox Environment

One of the most common virtual machines is VirtualBox for Windows or macOS. You can install it on your computer and create a virtual instance of another operating system like Linux.

When creating a sandbox, your testing environment should simulate the production environment as closely as possible. The software you’re testing must have access to the same resources like processing power, storage, and RAM. Of course, you’ll also want to simulate the operating system(s) that your software runs on in production.

If you’re looking to test a software integration with a third-party cloud application, look into whether the application offers a sandbox environment for you to conduct testing. Platforms may offer a testing environment that simulates its real functionality.

For example, HubSpot has an all-new sandbox environment, available to all Enterprise customers. It allows account admins and developers to test, experiment, and iterate before deploying changes to the broader organization or customer base. These new features save precious time by alleviating the need for customers to spin up separate testing accounts and copy over their settings and definitions.

How to Start Coding: The Ultimate Guide for Beginner Programmers