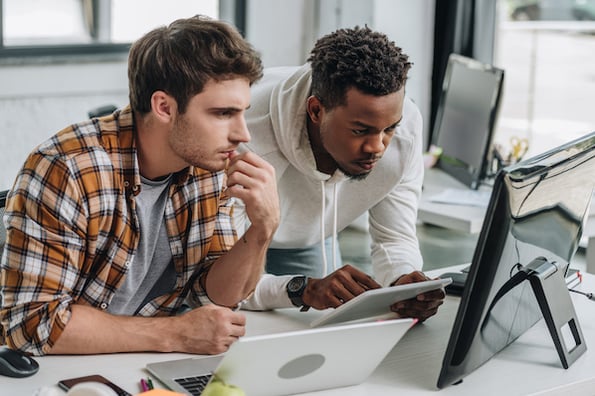 What does a software developer do?

A software developer is typically responsible for a specific software application, which might include designing, installing, or maintaining it.

Below we’ll take a closer look at the education, skills, roles and responsibilities, and salary associated with this role. Let’s start by taking a look at this job description of a software developer for Market Street Talent, Inc. 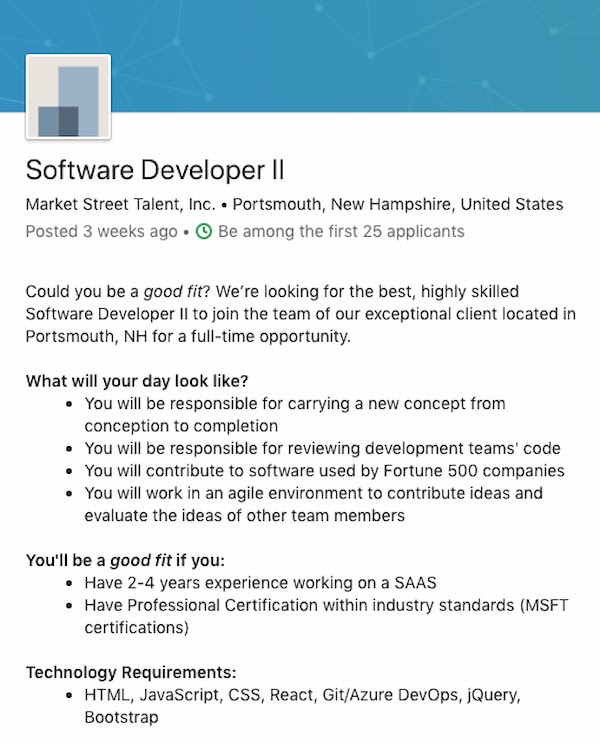 Most software developers will have a Bachelor’s degree in computer science, computer programming, IT, or something related to any of those fields. They’ll also have a lot of “informal” education, like online courses, coding camps, and other opportunities where they sought out more education or self-taught themselves a language or skill.

While some developers will simply create the diagrams and models for programmers to create the necessary code, other developers will create the code themselves. They have to understand and plan for how each piece of an application works together, but their tasks are typically completed in isolation from the rest of the system or IT infrastructure.

Working on this smaller scale, software developers can typically enact more creative solutions that are customized to the user’s needs than software engineers.

Software developers need in-depth knowledge of HTML and CSS as well as at least one programming language like Java, Python and C++. They also need to be detail-oriented in order to carry out multiple projects at once and avoid errors or bugs.

Recruiters will expect software developers to have knowledge of best practices or experience of the entire software development lifecycle, from communicating with clients to coding standards to the build process to testing to actually launching the project, and more. This will help them see that the software developer is able to take a project from the first stage (scoping) to the final stage (launch).

According to Glassdoor, the average annual salary for a Software Developer is $76,526 in the United States. Since this is the average, some developers will make more and some less based on where they are in the country (or world), their years of experience, budget restraints, and more. It is important to note that software developers tend to make less than software engineers.

What does a software engineer do?

While similar to software developers in terms of education, skills, roles and responsibilities, and salary, software engineers are usually expected to have slightly more education, a wider range of skills and experience, and take on leadership roles. As a result, they’re usually paid more.

Here’s an example of a job description of a software engineer for Google. 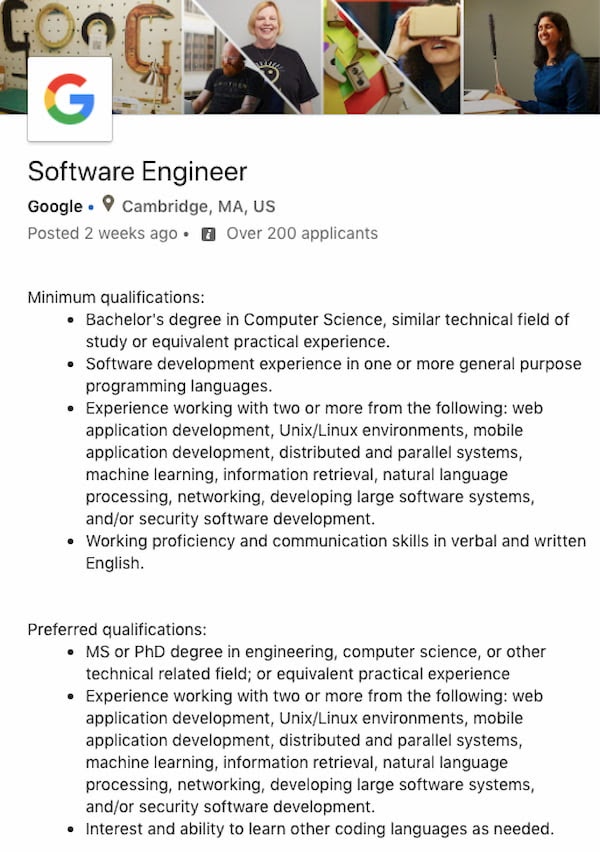 Like software developers, software engineers will likely have a Bachelor’s degree in computer science, software engineering, or something related. Additional education — like a master’s or doctoral degree or special certification — may be required or preffered.

For example, in Canada, engineers must be licensed, like those in the medical and legal professions. To obtain a license, they must have a degree from an accredited engineering program, fulfill the work experience requirement of their province or territory (typically three of four years), pass the Professional Practice Examination, and demonstrate good character as well as proficiency in English or French.

A software engineer should be able to perform all the tasks that a software developer can — but on a different scale.

While software developers produce small scale solutions, software engineers need to produce large scale solutions that are more systematic than creative. To see and solve for the big picture, they need to focus on minimizing trade-offs in other parts of the system and eliminating technical debt rather than trying to solve the immediate problem in isolation. This will often require collaborating with multiple stakeholders.

In short, software engineers are typically responsible for designing, installing, and maintaining multiple applications or the entire infrastructure of a company.

Like software developers, software engineers should have computer programming experience. They will also need to demonstrate high-level analytic thinking in order to operate at a large, and sometimes enterprise-level, scale. Typically, they will also need to demonstrate collaboration and leadership skills since they frequently communicate with stakeholders and manage teams.

According to Glassdoor, the average annual salary for a Software Engineer is $92,046 in the United States. This is an average, like the salary estimate of a software developer given above, so different engineers will have different salaries. It is important to note that software engineers tend to make more than software developers.

A software developer and engineer share some skills, education requirements, roles and responsibilities, but they differ in important ways. Understanding these differences can help you hire the right person for your organization or start down the career path you want.

Let’s take a look at a summary of these key differences below.