4 Types of APIs All Marketers Should Know

APIs are central to today’s vast software ecosystem. There are virtually endless ways to connect diverse web applications, and APIs power these integrations behind the scenes. But what types of APIs are out there, and how do they work? 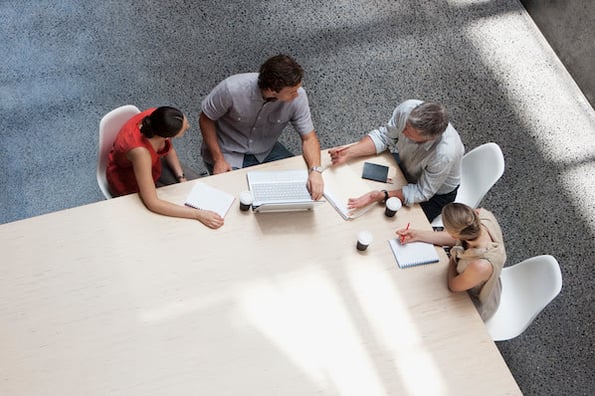 Selecting the appropriate type of API is essential for your business' success. Different categories exist based on protocols, functions, and access levels – not every software integration will be identical. For example, an API that discloses data to the public won't require the same build as one created exclusively to serve your internal personnel.

In this guide, we’ll introduce you to the different types of APIs, so you’ll know which to pursue in order to share your company’s data efficiently and safely.

What are the different types of APIs?

We can divide Web APIs into groups by intended level of access and scope of use. There are four widely agreed-upon web APIs: open APIs, partner APIs, internal APIs, and composite APIs.

Open APIs, also known as public APIs or external APIs, are available to any developer. As a result, open APIs typically have relatively low authentication and authorization measures and are often restricted in the assets they share. While some open APIs are free, others require a subscription fee, which is often tiered based on the number of calls made to the API.

There are several advantages to making APIs public, the biggest being the ability to share data openly. This encourages any external business or developer to integrate with the app that owns the API, making both the third-party software and the API more valuable. Because of the lack of restrictions and easy implementation allowed by the open API, third parties can quickly leverage the data it provides.

Partner APIs are shared externally, but only among those with a business relationship with the API company. Access is limited to authorized clients with official licenses, and thus security measures tend to be stronger with partner APIs than with public APIs.

Some businesses favor partner APIs because they want (1) greater control over who can access their resources and (2) more say in how those resources are used. For example, Pinterest adopted a submission-based approach to providing access to new data services via its API, requiring partners to submit a request detailing how they would like to use the API before being granted access.

Unlike open APIs and partner APIs, internal APIs (also called private APIs) are not intended for use by third parties. Internal APIs are only made available for use inside a company and are meant to streamline data transfers between teams and systems. Developers working for the company can use these APIs, but external developers can’t.

Because internal APIs aren't documented in a publicly released software development kit (or at all in some cases), they are often completely hidden from the public. However, many companies do eventually go public with their internal APIs.

Using APIs for internal data transfers is regarded as more efficient, secure, and traceable. It’s also a scalable solution — when a business introduces a new internal system, this system can communicate with existing systems via their APIs.

Because they reduce the number of total API calls, composite APIs can result in less server load and overall faster systems, as well as reduced complexity in the system. They’re commonly deployed in microservices in which one job may require data from many internal APIs to complete.

Take this example from Stoplight: Say you want to create an order within a shopping cart API. You might think that this takes just one request. But, in fact, several requests must be made. First, you need to create a customer profile. Then, you need to create the order, add an item, add another, and change the status of the order. Instead of making five separate API calls in succession, you can make just one with a composite API.

We can also understand APIs in terms of their architecture. An API’s architecture consists of the rules that guide what information an API can share with clients and how it shares the data. REST, SOAP, and RPC are the most popular API architectures in use today — let’s unpack each one in more detail.

Today, the majority of web APIs are built on REST. REST, which stands for representational state transfer, is a set of guidelines for scalable, lightweight, and easy-to-use APIs. A REST API (or “RESTful” API) is an API that follows REST guidelines and is used for transferring data from a server to a requesting client.

For a more in-depth look at REST guidelines, see our full guide to REST APIs. Briefly, these guidelines are:

By following these guidelines, REST APIs can be used for quick, easy, secure data transfers, making them a popular choice among developers.

SOAP (Simple Object Access Protocol) is a protocol for transmitting data across networks and can be used to build APIs. SOAP is standardized by the World Wide Web Consortium (W3C) and utilizes XML to encode information.

SOAP strictly defines how messages should be sent and what must be included in them. This makes SOAP APIs more secure than REST APIs, although the rigid guidelines also make them more code-heavy and harder to implement in general.

For this reason, SOAP is often implemented for internal data transfers that require high security, and the more flexible REST architecture is deployed more commonly everywhere else. But, one more advantage to SOAP is that it works over any communication protocol (not just HTTP, as is the case with REST).

The RPC (Remote Procedural Call) protocol is the most straightforward of the three architectures. Unlike REST and SOAP that facilitate the transfer of data, RPC APIs invoke processes. In other words, they execute scripts on a server.

RPC APIs may employ either JSON (a JSON-RPC protocol) or XML (an XML-RPC protocol) in their calls. XML is more secure and more accommodating than JSON, but these two protocols are otherwise similar. Though the RPC protocol is strict, it's a relatively simple and easy way to execute code on remote networks.

RPC APIs are limited in their security and capabilities, so you likely won’t see them as often as REST or SOAP APIs on the web. However, it can be used for internal systems for making basic process requests, especially many at once.

Choosing the Right Type of API

To summarize, we can group web APIs into four broad categories:

There are also three common types of API architectures:

If you’re not someone who needs to know the gritty-gritty, this is a good baseline understanding of the types of APIs out there and how developers use them. By harnessing the right API, you’ll empower your business to partner with other applications, expanding your reach and influence.