The Marketer's Guide to API Integrations

As marketers, we have a lot on our plates. Your team’s responsibilities may include (but not be limited to) content creation and dissemination, email marketing, campaigns, and co-marketing. 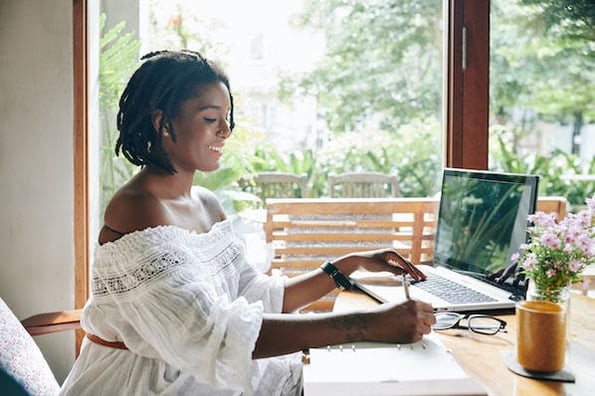 To accomplish each of these tasks, you need a group of software tools that function together seamlessly. As you know, assembling such a set is more easily said than done.

Fortunately, nearly all marketing software today supports integrations. For many, this is all they need to know — find a service that’s compatible with your existing system, follow the instructions, and voilà, your applications are integrated.

For experienced marketers, however, it’s worth knowing how these integrations happen on the technical side. For that, we’ll need to take a closer look at APIs and, to be more specific, API integrations.

APIs might be hard to grasp at first, which is why we’ll start by covering the basics of what an API is and how it can be used. Then, we’ll explore how APIs integrate with each other, and how you and your team can build your own API integrations.

An application programming interface, or API, is the part of a software application that handles communications with other separate applications.

An API works by validating and processing requests from external clients for data inside its native application — a client asks for something, the API retrieves it from the database, then the API sends it back to the client. Like how you use a user interface to interact with an application, external software applications use an API to interact with the app. So, an API serves as a programming interface for developers.

APIs usually follow standardized protocols. When discussing APIs that work over the internet, you’ll see the term REST protocol appear often. REST APIs constitute the majority of web APIs today because, among other reasons, they’re easy for developers to build into their existing applications.

For example, when building software that integrates with the social media platform Twitter, developers can use the RESTful Twitter API to retrieve information about a specific tweet (like its contents, likes, retweets, and post timestamp) or to post tweets. In both cases, Twitter’s API sits between developers and Twitter’s back-end and gives developers limited access to its internal information.

The above example also demonstrates a simple API integration, a process that is fundamental to today’s ecosystem of connected applications.

What is an API integration?

API integration is the process of connecting two or more software applications via their APIs, allowing them to transfer data between each other reliably, efficiently, and safely.

An API isn’t very useful by itself. When used to facilitate software integrations, however, APIs help organizations synthesize data from multiple sources to complete or enhance an application’s functionality. Applications involved in the integration don’t need to change their internal structure to complete the integration — they just need to make sure their APIs work.

Nowadays, most applications leverage API integrations in some way. Here’s another example: I use the Transit mobile app to navigate public transport in my home city of Boston, Massachusetts. Transit shows me estimated arrival times, so I know whether to walk or sprint to the nearest bus stop. Transit gets this real-time data by integrating with the API for our local transportation agency, the MBTA. Transit doesn’t do the work of coming up with these arrival times itself — it simply presents information supplied by the MBTA’s web application.

API integrations also show up all over your internal business tools. When you add a file attachment in Gmail from Dropbox or any time you receive a Slack notification about an event in HubSpot CRM, that’s the result of APIs working together and sharing data.

These are just a few real-world examples of this foundational technology. Almost any time that data needs to be shared between two independent applications, an API integration is needed. If you’re seeking to build a web-based application yourself, you should know how API integrations are created and maintained. That’s what’s next.

How to Build an API Integration

While every organization’s approach will differ by needs, budget, resources, and timeframe, a successful API integration generally requires comprehensive planning, implementation, and testing.

How To Plan an API Integration

An API integration is the incorporation of one or more complex API technologies into your tech stack that enhances your customer-facing service and/or the efficiency of your internal workflows.

This is a big change, so every integration should start with discussions and planning over how it will serve your business. For each of your needs, research different API offerings by cost, capability, and ease of integration. Also, formulate a plan for what data you’ll pull from each API and where that data will be stored in your systems.

Once you’ve decided which API(s) you want to integrate and why, determine how you’ll make the integration work. One option is a customized approach, one built from the ground up by an API developer. This solution gives you the most control over the data flow between systems, but, as you might guess, it’s the costliest. Instead, many companies today use what’s called an API integration platform.

API integration platforms are incredibly valuable for a scaling company with a software ecosystem that is continually adapting and evolving. These platforms allow you to modify your integrations when necessary, swap out old APIs with new ones, and automate entire processes. Their graphical user interfaces flatten the learning curve and make them handy for non-developers.

How To Test an API Integration

There are a few key aspects of your API integrations that must be tested before your application’s launch or update. First, there’s functional testing, which checks that each expected request from you receives the expected response. This includes normal, valid requests, as well as unexpected (but still valid) requests.

Next, there’s performance testing, which tests how APIs process increasing volumes of calls. Can the APIs that you use handle the number of requests you expect to send regularly, and are these requests processed quickly? What if there's a spike in your requests — will the API still work as efficiently? This is crucial to consider, especially as your business scales and more data is sent between applications via your integrations.

API testing can be performed with an API testing tool, one which simulates requests to an API and logs the responses. Some API testing tools can even automate testing, which saves you time lost from creating and sending individual requests manually.

The Technology Behind Your Integrations

Cloud-based software rarely exists in isolation — our modern software ecosystem has evolved largely thanks to integrations and, by extension, APIs. Whether you’re a tech startup or a full-blown enterprise, the right software integrations empower your organization to operate more efficiently both on the customer-facing side and internally.

API integrations are never simple — or, at least good ones aren’t. They require extensive planning, consideration, construction, and testing to get right. However, this effort is necessary to thrive amongst competitors and ensure seamless connections. If you want to accelerate faster, you’ll need to integrate better.