W3.CSS vs. Bootstrap: A Head-to-Head Comparison 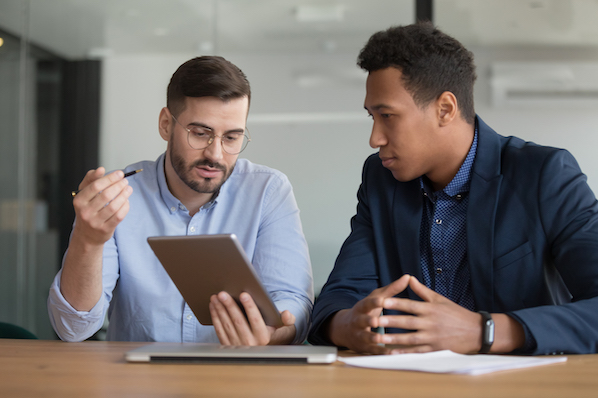 Developing a site can take anywhere from 12 weeks to 6 months on average.

If you don’t have that amount of time, then consider using a development framework. A framework will provide you with a basic structure for your site, including a grid system and basic layout elements and components, so you don’t have to start from scratch. This is a major advantage, whether you’re building your first site or your hundredth or working on multiple projects at once.

That’s why we’re comparing two of the most popular frameworks: W3.CSS and Bootstrap. By understanding their key differences, you can make an informed decision about which to use for your next web project.

Below we’re going to take a closer look at these major differences and explore other critical ones. Let’s get started.

As mentioned above, W3.CSS is a pure CSS framework. That means it only uses HTML and CSS — not JavaScript. Bootstrap, on the other hand, uses HTML, CSS, and JavaScript.

It’s important to note, however, that Bootstrap is primarily built with HTML and CSS. In fact, the designers said they intentionally write HTML and CSS over JavaScript whenever possible. They do so for a few reasons: HTML and CSS are generally easier to learn and use for developers of all skill levels. HTML and CSS are also faster than JavaScript in browsers, and can trigger behaviors of common web elements that used to only be possible with JS. Making buttons look inactive with the disabled attribute is one such example.

Knowing that both W3.CSS and Bootstrap can be used as CSS-only frameworks (or at least for the most parts), let’s take a look at how they compare in terms of speed.

W3.CSS vs Bootstrap: Ease of Use

W3.CSS is considered an easier framework to learn and use for a few reasons. First, it is built only with HTML and CSS, which are easier to learn than other programming languages. Second, to load the W3.CSS library on your site, you simply have to add a reference to the stylesheet in your index.html file.

With Bootstrap, you can choose not to use its JavaScript library and simply not load the JavaScript files on your site. The process of loading the CSS files is still more complicated than W3.CSS. Not only do you have to include a reference to the stylesheet, you also have to either load BootstrapCDN locally or download Bootstrap on your server. If you go with the latter, the download process is different depending on if you choose the pre-compiled or source code version.

However, if you invest the time in setting up and learning the Bootstrap framework, you’ll get more power than you’ll get with W3.CSS. You’ll be able to, for example, create dropdowns, modals, popovers, and carousels for all slide behaviors, controls, and indicators — and more. This makes Bootstrap ideal for more advanced users with advanced needs.

Above, we mentioned that HTML and CSS load faster than JavaScript in browsers. That means that deciding between a framework that uses different programming languages is not only about ease of use — it’s about the load time of your site overall. Since page speed is a ranking factor for desktop and mobile searches, it’s important to evaluate the performance of W3.CSS and Bootstrap.

In some discussion threads (like this one), you’ll see people comment that W3.CSS is faster than Bootstrap. But such a seemingly unequivocal statement is misleading. It’s true that if you download each framework in full, W3.CSS is more lightweight and therefore faster.

However, you don’t have to download Bootstrap in full. In fact, you're encouraged to pick and choose only the parts you need in the official documentation (shown below).

As a result, the framework can be just as lightweight and effective at speeding up your site.

While this head-to-head comparison shouldn’t boil down to a popularity contest, knowing how many sites use each framework is an important variable among many to consider.

According to BuiltWith, Bootstrap is the most popular design framework on the entire internet, powering over 20 million websites.

Considering this number, it’s safe to assume that many companies, agencies, and members of the developer community are using Bootstrap. That means using or at least being familiar with this framework could be important for job or design opportunities, blogging, interacting with fellow developers, and so on.

BuiltWith detects over 70,000 websites using the W3.CSS framework. While it’s a much smaller number compared to Bootstrap’s usage, it’s still substantial on its own. It’s also important to note that W3.CSS was released in 2016, six years after the first release of Bootstrap.

There’s two takeaways as a result. One, this variable should not be used to rule out W3.CSS single-handedly. Two, if you have the time, it could be valuable to learn and use both frameworks.

The Key Differences Between W3 CSS and Bootstrap

With either W3.CSS or Bootstrap, you can create a website for your business without starting from scratch. Deciding which one is right for you will largely depend on your preferred programming languages and how much time you’re willing to invest in learning the framework and setting up your site.

Below we’ll summarize the key differences between the two frameworks.