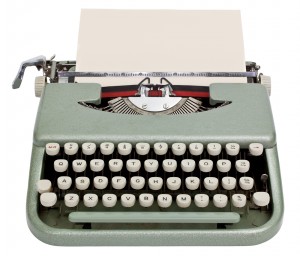 The “ad greats” who dominated Madison Avenue in the 1950s and 1960s left the industry an incredible legacy. Among the assets passed down and still passionately referenced are the greats’ quotes. Taken in the aggregate, these bon mots represent key philosophies of business and commerce, and it is amazing how timeless these musings and lessons remain. 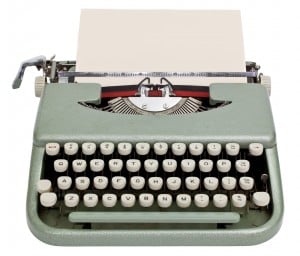 So while the “Mad Men” era is over, the broader marketing and communications industry is still guided by what these folks had to say. Yet much has changed in the organization and practice of delivering compelling communications. “Advertising” is too confining a label, consumers play an ever-growing role in how brands define themselves, technologies proliferate at ever-greater speeds, and we are now firmly in the grip and promise of social media.

This led me to wonder what the icons of Madison Avenue would think about social media, so I went back to their thoughts to find relevance and application.

He created characters like the Jolly Green Giant, the Marlboro Man, the Pillsbury Doughboy and Tony the Tiger. Instead of copy-heavy ads with lengthy product descriptions and selling arguments, Leo Burnett developed fresh, simple icons that came to symbolize easy-to-understand product benefits. By revisiting what he had to say, we can gain some understanding into how Leo Burnett would apply social media.

“Good advertising does not just circulate information. It penetrates the public mind with desires and belief.”

Mr. Burnett would love the new medium, but he would be less concerned with reach than he would be with helpful content. In addition to using social media to deliver, “Here’s what we’ve got. Here’s what it will do for you. Here’s how to get it,” Mr. Burnett would imbue a personal and emotional aspect to connect with the consumer.

“I am one who believes that one of the greatest dangers of advertising is not that of misleading people, but that of boring them to death.”

Social media is not only immediate and conversational — it also brings the promise of being highly tailored for relevant entertainment. Leo Burnett would use the channel to entertain and inform with the goal of making the consumer seek out the communications rather than being bombarded with them.

“Make it simple. Make it memorable. Make it inviting to look at. Make it fun to read.”

Marketing messages are not growing smaller in number. In fact, communications clutter remains an issue in the industry just as it did in Mr. Burnett’s time. Social media’s promise is to personalize communications so consumers receive the most useful information. Yet at this stage, we are just receiving more and more. To cut through the clutter, Mr. Burnett would employ social media for opportunities to playfully engage people.

This quote has excellent application to social media. Given that the sources consumers trust the most for brand recommendations are family and friends, Mr. Burnett would seize that insight and customize communications for groups sharing the same likes, needs and wants, allowing them to spread the word.

Bill Bernbach, the innovator who ushered in the creative revolution, simplified the complex and clarified communications at every turn. He understood the essence of a product and individual desires and motivation. His brilliance is demonstrated by “We Try Harder,” for Avis Car Rental, “Mikey,” for Life Cereal, “It’s so simple,” for Polaroid, and “You don’t have to be Jewish to love Levy’s,” for Levy’s Real Jewish Rye Bread. And, of course, Volkswagen’s “Think Small” ad, which is recognized as the best advertising campaign of the 20th Century.

“Properly practiced creativity can make one ad do the work of 10.”

Never has this been truer than with social media, which allows sharing with a click. Mr. Bernbach would be pleased to see great content moving among audiences who desire it, and he would make earned media a goal of every campaign.

Social media is a form of communication with nuances and aspects unique to its practice. Bill Bernbach would tailor messaging by medium, ensuring that the differences in how people read or listen to one form reflects the differences from another. He would be a student of social media — who uses it and how they use it — to ensure the user gets the full value out of it.

Bill Bernback hits on the greatest danger to using social media: How many of us are reading the ads at the side of our Facebook profile? Consumers are increasingly sophisticated regarding communications and are being trained to aggregate and cull. This means a great deal of social media communications is never seen or acknowledged. The proper response to counter apathy is relevant creativity.

“A great ad campaign will make a bad product fail faster. It will get more people to know it’s bad.”

Mr. Bernbach would probably remind every client of this fact when they would ask for a social media communications campaign. Technology and immediacy do not shelter “OK” or mediocre products. Social media has put more power in the hands of the consumer, and as a result, bad news travels very, very fast.

The relevance here is unmistakable. Regardless of the fervor of the medium, if the communication is not rich with relevant creativity and if it is not effective and efficient in terms of driving sales and managing costs, it is not delivering value. Mr. Bernbach was keenly aware that creativity for the sake of creativity is art, while advertising is meant to grow the top-line while being vigilant with the bottom-line.

“The Father of Advertising” understood that the function of advertising is to sell and that the best communications for a brand is based on information about its consumer to make it relevant and real. Among his notable work is “The Man in the Hathaway Shirt,” “Schweppervesence,” “At 60 miles an hour, the loudest noise in this new Rolls-Royce comes from the electric clock,” and “Only Dove is one-quarter moisturizing cream,” which helped Dove become the top selling soap in the U.S.

“A good advertisement is one which sells the product without drawing attention to itself.”

Social media with its hyper-connectivity can enable marketing messages to be so highly customized that they come across as personalized recommendations from trusted sources. In that way, advertisements received via social media are not ads but information that enriches the desires and needs of the consumer.

“Every advertisement should be thought of as a contribution to the complex symbol which is the brand image.”

Mr. Ogilvy hits on a point that is growing sorer every day with social media: This relatively new medium is not a standalone communications channel. How we communicate must reflect how people consume information, but it must be done in concert with all other brand communications for consistency to build awareness across channels.

“If it doesn’t sell, it isn’t creative.”

At its heart, social media conveys messages. Like any medium, those messages can be lost in the shuffle or can stand out based on the creativity applied to them. What makes social media different is that brands can become conversations between friends and other trusted sources adding invaluable credibility. Social media’s essence is sharing, and the most creative and successful social media is based on leveraging the consumer’s desire to share their experiences.

One would think that Mr. Ogilvy would do this brilliantly, as he is also quoted saying, “I have a theory that the best ads come from personal experience. Some of the good ones I have done have really come out of the real experience of my life, and somehow this has come over as true and valid and persuasive.”

In the end, it is important to keep social media in context. What Burnett, Bernbach and Ogilvy’s quotes hold in common is that regardless of the medium, there are critical tenets to always keep in mind when communicating in business. Among them are to be bold, seek the unique, entertain and inform, and never, ever forget that you are in the business of selling. Apply these four lessons to social media, and you will be closer to success by delivering communications that are both effective and efficient.

This is perhaps best summed up by Bill Bernbach who said, “Word of mouth is the best medium of all.” Mr. Bernbach was prescient in that social media turbo-charges the sharing of our experiences, allowing us to reach friends, family and others rapidly and with relevance. By creatively leveraging social media, brands can become conversations among the people who can be their most valuable advocates.