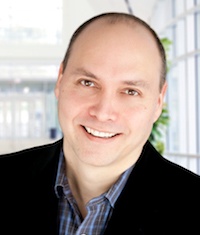 Plenty of people would have you believe the client-agency model is either broken or in terminal decline. But I have to disagree. The values that it stands for -- strong relationships, great service, and great output -- are all still important.

We’re just in a bit of a funk right now.

We’ve become so obsessed with instant gratification that we’re not doing enough to cultivate long-term relationships anymore. As a result, agencies are unwilling to take risks because they feel their client bonds aren’t strong enough to withstand mistakes. A client looks at the numbers, sees that targets aren’t met, and instead of tweaking the strategy, simply moves on to the next agency.

But this short-term way of thinking is counterproductive -- there’s nothing better than a long-term relationship with an agency that knows the business. Fresh faces might have new ideas, but they also lack the necessary understanding of a client that comes from a long-term, consistent relationship.

Instead of grumbling about the loss of a client to some young startup, however, partner agencies need to work on going the extra mile.

One day, a man is walking down a path when he comes across another man breaking rocks with a pickaxe. The first man asks the second what he’s doing.

“My boss asked me to come over here and break some rocks, so that’s what I’m doing,” says the second man.

The next day, the man passes again -- only this time, there’s a different man there. He’s pickaxing rocks like the other guy, but this man isn’t just breaking the rocks -- he’s building a wall.

Conversation ensues, and the new man says he wasn’t asked to build the wall, but he thought it was the best use for the rocks. The first man can’t fault this logic, wishes him well, and continues on his journey.

The point of the story is this: Autonomy is important for an agency, but it also raises expectations. It’s important to know from day one what the client expects and to keep meeting regularly to ensure everybody stays on the same page.

Sometimes, partner agencies can get preoccupied with talking rather than doing. You need the wherewithal, structure, and people to go beyond your client’s expectations. He might only ask you to break up the rocks, but instead of wasting time talking his ear off about how perfectly you’ve broken them up, spend that time building the castle. He’s sure to be impressed.

Be the Agency a Client Can Believe In

There’s so much at stake when choosing an agency partner, so it’s essential to position your agency as the right choice.

The Art of the Possibility is one of my favorite books. In it, authors Benjamin Zander and Rosamund Stone Zander recount a story about a professor who tells his class on the first day of the school year that everybody starts with an A+. It’s only if students fail to meet his expectations that their grades drop.

Perhaps it’s counterintuitive, but this is how you want your clients to grade you -- not based on how cheap your services are, but based on the expectations you’ve met and exceeded.

It’s still important to set realistic expectations for your clients and communicate them clearly, but few people produce their best work when greeted with skepticism. Ninety-eight percent of clients and agencies agree that trust is essential to good marketing. So be an agency that has the chops to deliver success, then go out and prove it.

High-Touch Clients in a High-Tech World: What’s an Agency to Do?

Your Client Isn’t Always Right: A Guide to More Fulfilling and Profitable Engagements

3 Ways to Get Client Approval for Scope Changes