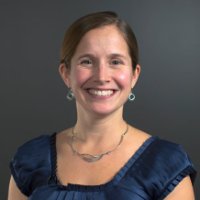 This week on the Marketing Update on HubSpot.tv, Mike and Karen discussed a couple of crazy, out-of-the-box marketing campaigns.

The first example came from Domino's Pizza. Back in April 2009 on the Marketing Update, we talked about how Domino's was taken by surprise by an unfortunate YouTube video . We've also discussed the company's reinvention through a series of innovative marketing campaigns including a brand new pizza recipe . Now Domino's has gone one step further and taken its marketing efforts real time by allowing live Twitter comments from its customers to be displayed on a billboard in Times Square.

According to Mashable, "The campaign, which runs from Monday until August 23, will include customer comments — good, bad, or neutral — on a 4,630 square-foot billboard. The comments, which are filtered for bad language and appropriateness but not for sentiment, are culled from  Domino’s Tracker , which allows Domino's customers to track the progress of their pizza orders online. Consumers whose comments are chosen also get a link to a video clip of their comment as it ran on the billboard."

Dominos is a great example of a company taking risks by incorporating a more real-time approach and trying out some new, out-of-the-box marketing. How could you use real-time tactics to experiment in your marketing ?

Our second isn't about a company doing crazy, out-of-the-box marketing, but about an individual trying something crazy and a company's response. Last week, Jonathan Stark started a social experiment by putting a copy of his Starbucks card on the internet using a mobile app code, and inviting anyone to use it.

He explained it as a similar concept to the  "take a penny, leave a penny"  trays at convenience stores in the U.S., and that he was adopting similar "get a coffee, give a coffee" terminology for his card. According to CNN , "As of Monday afternoon, he said, $3,651 had been spent on the card, which he started with a $30 balance. At least 177 people had donated money to it."

While Jonathan's experiment is a great example of someone doing something crazy and out-of-the-box on the internet, he is completely unaffiliated with Starbucks. However, Starbucks' response to the experiment showed the company understands you should encourage your community to get involved and promote your brand. In an email to CNN, Gina Woods, director of executive communications for Starbucks, said, "We think Jonathan's project is really interesting and are flattered he chose Starbucks for his social experiment. We're curious to see how his project continues to evolve."

As a marketer, what kind of interesting social experiments could you try on behalf of your company? How could you get your community engaged and marketing on your behalf?

10 VR Marketing Examples to Inspire You in 2020

How 9 Brands With Physical Locations Made Their Services Virtual