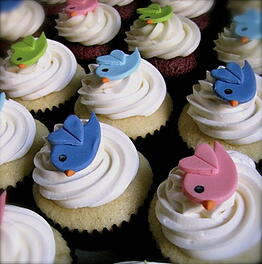 It appears that certain Twitter users have noticed changes to their Twitter timelines, indicating that we all may be receiving updates to our accounts soon. (Your Twitter timeline is the scrolling feed of tweets on your homepage from the users you're following.)

One such Twitter user with access to these new updates is Pinglio’s Patrick Bisch, who blogged about the various updates he's now seeing in his timeline. The makeover mostly involves feed expansion and pop-up frames. Now the question is—what does this mean for inbound marketers?

1. You Can Easily Track Conversations

When it comes to conversing on Twitter, it’s important to track which tweets and/or links are creating a dialogue. With the new updates, hovering over a tweet in your Twitter timeline will reveal an "open" button. Clicking this will expand into the full exchange of replies and mentions that tweet received. This will allow marketers to clearly and easily see who is tweeting at them, what reactions fans and followers have, and how long they sustain the exchange. The feature is quite similar to Facebook's "See Friendship" option. 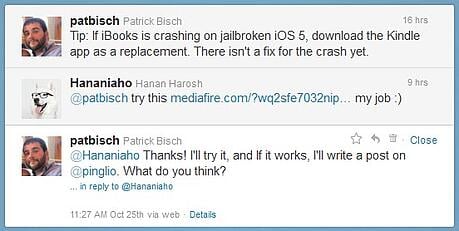 Marketing FYI: Prior to the update users were able to view a string of dialogue between another user by clicking on the @reply in their mentions tab, which opened the dialogue in the Twitter sidebar. However, if the user hadn't clicked the official "reply" button, and instead manually typed in the user's Twitter username, that tweet would not be included in this conversation. It's unclear whether Twitter has fixed this within its new feature.

2. It’s Not as Easy to Track Multimedia Sharing Success

When sharing links to content on Twitter, inbound marketers often use URL shorteners like bit.ly to shorten their links. An advantage to this is that bit.ly also provides analytics for every click a particular link receives. This data factor is now in partial jeopardy. The new Twitter updates will allow any media-containing link (such as a photo or video on a site like TwitPic or YouTube) to expand inside the actual stream and display as the picture or video. This eliminates a user's need to click on the actual link—they can just watch it off their feed! This change may make such analytics tools slightly less valuable to marketers. 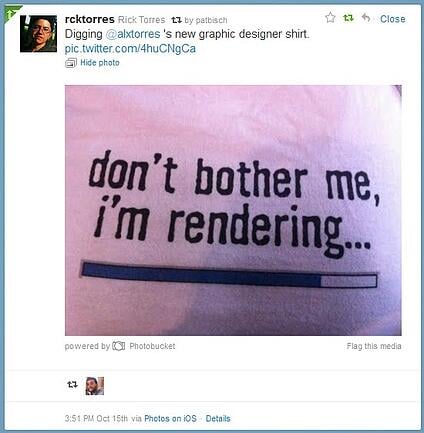 Marketing FYI: This is only the case for multimedia content. Shortened bit.ly links to blog posts and websites will function as usual, maintaining your ability to track your link-sharing success.

3. You Can Use Retweets as a Tool for Analyzing

If you’re managing the company Twitter account or even sharing company content through your personal Twitter account, you could previously get a nice little email notifying you when someone retweeted your tweet. Now you easily view this for ALL tweets. The new update will display a horizontal list of users who have retweeted that specific update upon click. Meaning, if you blogged about a new feature or tool in your industry simultaneously with another blog site, you can view how many people shared your update, as well as the competitors. You can also see who retweeted your update versus another similar tweet, which can help you understand what diction and syntax garners more shares, or which users are consistently sharing your content (hello target audience!)

The option to retweet, along with reply and favorite, will be updated to single icons above the update versus below. 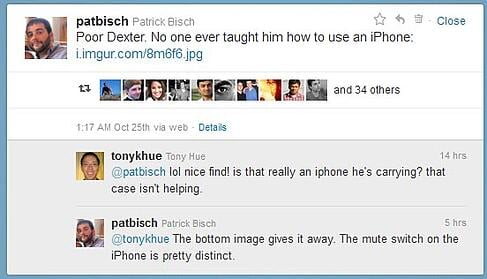 Marketing FYI: Don’t get caught up in comparing and contrasting tweet success with your competitors. While it’s important to contrast the efforts, it’s just as important to think about how to execute online content in a way that will attract prospects straight to your tweet—not split between two or three.

As inbound marketers, we’re the ones who are always on 5 social networking accounts at once and get called out for creepily knowing every online interaction. It seems Twitter’s new timeline updates primarily serve to make Twitter more user-friendly. Clicking a user's Twitter username will now pop up a single frame over your timeline showcasing his/her profile. The frame is identical to the window that previously opened to the right of your page every time you clicked on a user on your timeline. Now it simply gets all up in your face so you can be sure to know exactly what that user's last three tweets were. 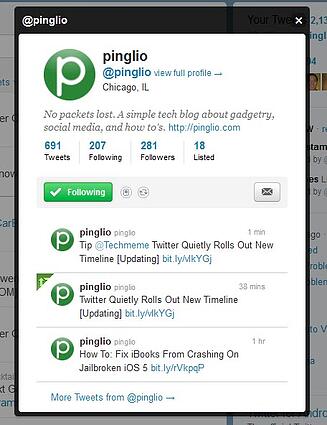 If you haven’t received the new timeline yet, sit tight. We foresee Twitter continuing to release it slowly through certain groups of Twitterers. And thanks to Patrick Bisch’s observations, we can be anxious inbound marketers ready to take advantage of some of these changes once we receive them.

Do you think these changes are an improvement for Twitter’s timeline? What else do you think marketers can learn from them?