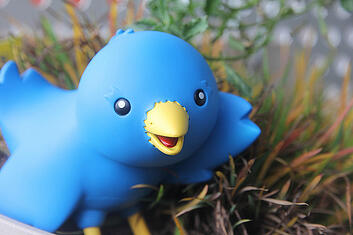 This feature is still in beta, being tested with a select few advertisers before it rolls out to more brands in early 2013. But here's what we can tell you about Twitter Surveys before it rolls out on a larger scale -- that way you're prepared, and know what the heck you're looking at if one of those surveys pops up in your own Twitter feed.

Twitter surveys may be popping up in a news feed near you, and they'll look just like Promoted Tweets if you've jumped on that bandwagon. Here, take a look at an example from Twitter's blog post announcing the surveys: 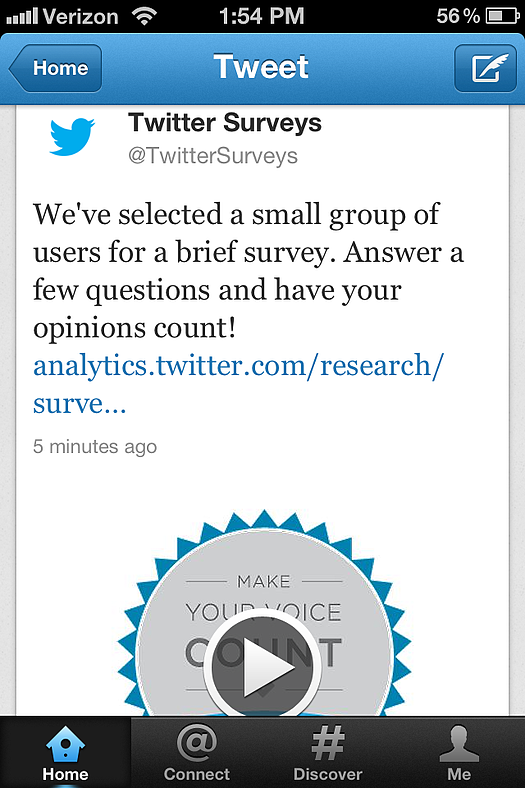 The tweet shows up within a user's timeline, on both desktop and mobile devices. Notice that the tweet doesn't come from the brand itself -- it comes from the Twitter handle @TwitterSurveys. Twitter's blog post seemed to imply they might allow these tweets to come from brand names depending on the results of the beta testing, because they were quoted as saying, "Users may see a Tweet by @TwitterSurveys." Or maybe I'm just reading into that "may." Anyway ...

What's pretty cool about this is that, in the past, most brands would include a link within a tweet to have someone fill out a survey -- one that lived on another web page hosted off of Twitter. One could still do that, of course ... and it'd be free to boot. But with this survey feature, a user is invited to fill out the survey right in the Tweet itself. And less clicks means more people submitting their answers and opinions! The survey looks a little something like this: 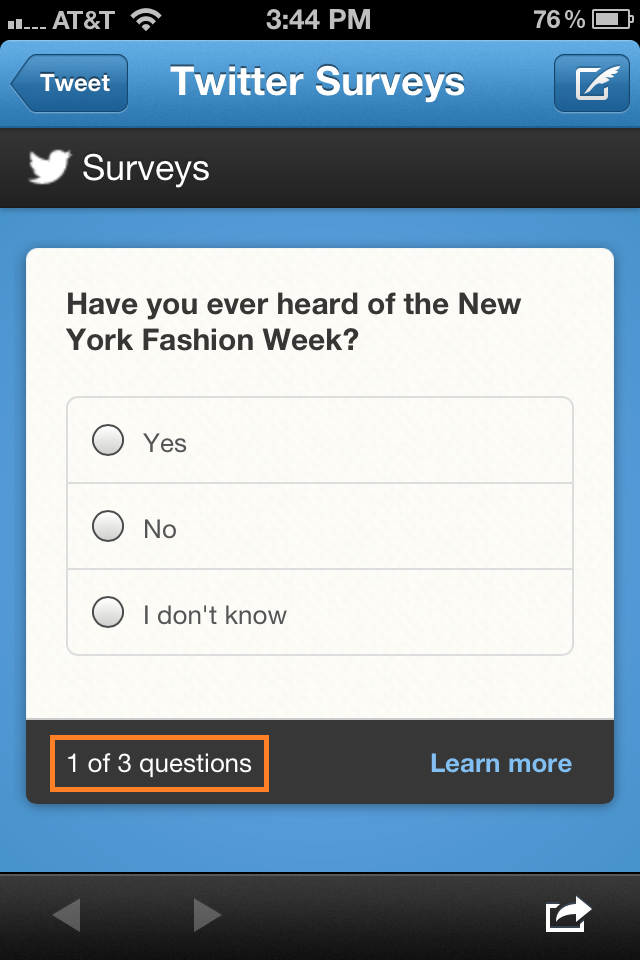 What's really cool about this is that "1 of 3" questions part; that means you don't have to limit the length of your survey ... although it's not clear if there's an upper limit, or what the suggested upper limit is. After all, Twitter users likely have a much shorter attention span than those completing a survey on, say, your website. But I guess these are the questions they're trying to answer in this beta testing, eh?

This new feature is meant to help companies measure their brand impact on Twitter, something Nielsen has been called on to do with Facebook in the past, as well. Twitter said, "Building on Twitter's mobile heritage, we're giving brands the ability to deliver and measure the impact of mobile and traditional desktop campaigns through these surveys. This is a native experience for the user, and we believe it will give brands better insights to determine purchase intent, overall awareness, and other advertising metrics and analytics that can lead to greater engagement on Twitter." Hey, any tools out there to help marketers better measure some of the softer and fluffier metrics we deal with -- brand impact being at the top of that list -- is a welcome addition to our social media toolkit.

What applications do you see for these Twitter surveys? Would you use them when they come out of beta?