When Press Releases Do (and Don't) Help Your Marketing 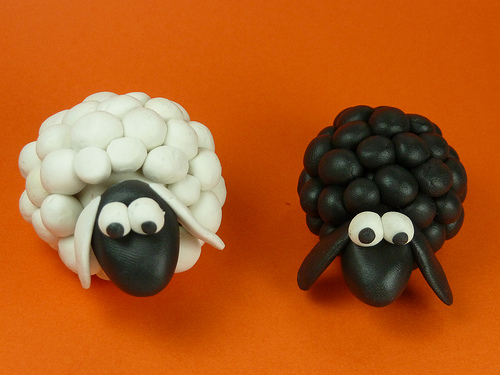 When a marketer sets out to create a public relations strategy, the first move is often to get started publishing press releases. That would have been the most effective way to get out your message and get some press ... years ago. However, there are now other tactics that need to be coupled with press releases in order to make them effective.

The Benefits of Using a Press Release

1) It will be picked up by other publications.

The purpose of a press release is to get your news in front of as many people as possible. Many companies see success by posting a press release to the wire, where it will be sent out to thousands of publications and ultimately reposted other places online.

But how do you really get some attention with this tactic? First, we've found that when companies include data in their press releases, it's even more likely that it will be picked up by other publications. But even more important than presenting your story with interesting soundbites -- yes, there's more to success here than just quality content (gasp!) -- you need to get your timing right.

According to our own Dan Zarrella's research, press releases are viewed on average about 275 times during the week: 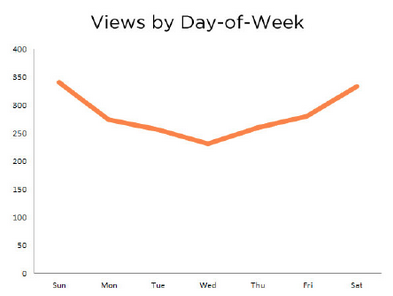 And the media views it about an average of 70 times during the week: 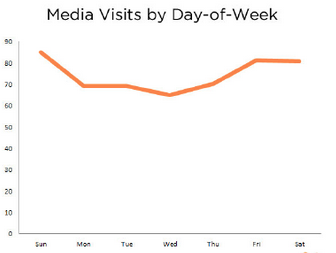 The more people, especially journalists, who are viewing your press release, the more likely you are to have it picked up by other publications. So if your goal is to get a lot of views and reposts of your press release, it may be something valuable to include in your strategy, provided you're timing it right ;-)

One of the greatest benefits to including PR in your marketing strategy is link building. Even though an actual press releases does not necessarily help with SEO (stay tuned for more information about that later on), the editorial coverage you get from a press releases will bring great benefits to your SEO. Make sure to include keywords that you want to rank for in your press releases so that when journalists see the release, they may include some of those keywords, themselves -- particularly if they pull quotable snippets from you to include in their own coverage.

According to an article by Search Engine Watch, there is tremendous synergy between SEO and PR -- and hey, we believe it, too. The press that stems from a press release is a boon for SEO managers everywhere, because remarkable actions spur people to create (read: activity that warrants press coverage) tends to spur content coverage. And coverage of your brand often also comes with inbound links back to your website. That means you shouldn't depend on your press release to do all the work; it might simply be the means for communicating to the rest of the world that more coverage of a story is warranted. You can, however, use press release real estate to sprinkle in important keywords, and include helpful links for readers and media alike.

When you create a press release, all of the information you want journalists to know about your company is in one place. Even external documents, including presentations and research documents, are available in a press release, making it really easy for journalists to find and accurately reference all of the information they need to write their story (about you!).

Even when you're connecting with a journalist by e-mail, and not just putting a press release on the wire in the hopes it will be picked up, include an attachment to a press release to help the journalists out. It makes writing about your company insanely easy, and establishes a good relationship that will help you get future press coverage.

4) They refine your messaging.

As you're putting your press release together, you need to make sure you've nailed your messaging for the announcement to get maximum exposure. It's the place everyone will go -- both within your company, and externally -- to get "the story" and cite important data points. When you've refined the messaging of your press release, you're providing the right messaging for all other content creators to draw upon. From bloggers, to sales reps, to external content creators, everyone will be speaking about your brand with a unified message that's set forth during the drafting of your press release.

5) The best press releases provide content for other marketing channels.

The content you should include in press releases is pretty standard from release to release: an opening paragraph giving more information on the story; background information on the company; quotes from employees; and, of course, your boiler plate at the end. But then there's the extra stuff that takes a press release from typical to rock-star status. For instance, the previously cited research from Dan Zarrella shower that if you can provide links to videos and embed pictures in the press release, that increases engagement by about 18% for photos and 55% for videos. 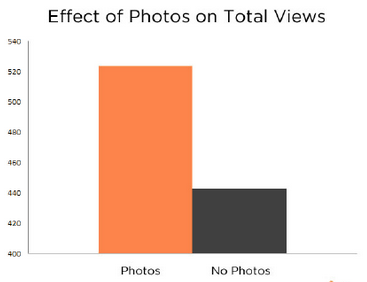 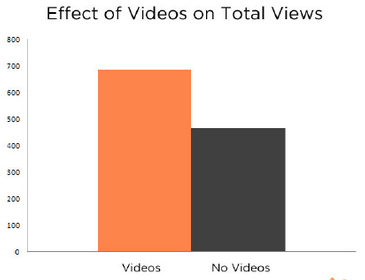 Not only will your press release performance improve, but you're able to repurpose some of that visual content in other areas of your marketing -- like emails, landing pages, social media, and blog posts.

The Drawbacks of Using Press Releases

As mentioned earlier, press releases can help SEO if there is additional editorial content published as a result of your press release. However, despite popular belief that press releases help your SEO, they actually don't help as much as you think. A recent article quotes Matt Cutts of Google verifying that your SEO ranking in Google will not increase after a press release is posted.

Why is that? Because press releases are syndicated for a certain amount of time ... but are actually taken down at some point. Even though they are full of keywords and your company's name, their temporary status online does not lead to any progress in the SERPs.

As mentioned before, press releases can help your SEO in an indirect way -- by leading to other beneficial press. However, your PR strategy should not depend on them for SEO success. Use them as a means to an end that will get you higher rankings, instead.

Even though press releases may get the attention of a journalist, it is very unlikely that it will reach your target audience (or enough of them to make a difference in your marketing). Consumers like to read information in a way that is easy to digest, and feels more natural -- like news stories and blog posts. The press release format takes longer to read, and is often harder to understand without reading a couple times through. In a world with thousands of stories being posted every hour, readers want to be able to quickly understand the story by reading it through a blog post or another form of writing.

3) Press releases are difficult to measure.

Data is the prime way marketrs can prove success to the rest of their department and company. Unlike other parts of your marketing strategy, however, press releases are extremely difficult to measure, and therefore it's hard to prove whether or not they are successful. I mean, it's pretty hard to say "X amount of people viewed our release, and X amount of journalists decided to write about it/not write about it as a result."

Do not rely on press releases to be the way you prove to your boss that public relations is a necessary part of your marketing strategy. Press can be measured in some ways, like how many times your press release was reposted, or referral traffic from the release (if you used tracking tokens in your release's links), but it's hard to get an accurate number of just how many leads or customers are generated as a result of your work.

4) Press releases are not cost effective.

Posting one press release can cost hundreds of dollars, if not over a thousand dollars. Many times they are not picked up by journalists and are simply reposted on other websites. They have become a bit outdated as public relations relies more on building relationships with the media instead of sending out hundreds of emails with press releases to journalists you may not even know.

Marketers, instead of spending your dollars on posting press releases to the wire, spend time meeting with journalists, figuring out what they look for before writing a story, and finding out what beat they write about. Building these relationships with the media will end up paying off much more than having a strategy where you simply post press releases onto the wire.