How to Generate More Blog Traffic With Evergreen Content Promotion 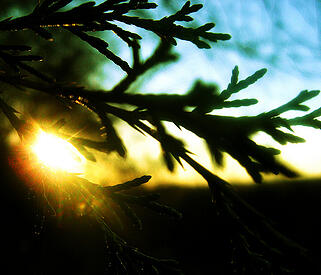 If you've been blogging consistently for a few years now, chances are you have a pretty impressive supply of content. While this content may not exactly be new, we at HubSpot hesitate to call it old.

(Who likes to be called "old" anyway?)  Rather, we refer to much of our past content as evergreen content, considering the fact that to many of our readers, fans, followers and audience, this content is still largely valuable and interesting.

Over the past couple of months, we decided to conduct a little experiment based on the hypothesis that although our evergreen content may not exactly be "new," our audience would still be eager to check it out.  If you consider the fact that lately we've been publishing 3+ articles per day and not everyone in our community reads every article, you can assume that many people are missing out on our content when it's first published and would derive value from it a second time around.

HubSpot experimented with the promotion of evergreen content items (blog articles, archived webinars and Marketing Hubs) via social media sites Twitter and Facebook for two months.  The goal was to generate additional traffic to the HubSpot blog without spending time creating more content than the HubSpot team was already creating.

How Content Was Selected -- Since the bulk of our content is in the form of blog articles, evergreen articles made up the bulk of our content items. To narrow them down, we chose articles that were most successful in the past (in terms of page views and inbound links).  Content that was overly timely (e.g. breaking news-related articles) was excluded, and we individually reviewed each article to make sure we did not promote content that would no longer be valuable to readers.

How Content Was Positioned -- We wanted to be careful not to position evergreen content the same way as the new content we were simultaneously promoting.  At the same time, we didn't necessarily want to make people think they would be clicking on old or stale content. Therefore, promotion was usually conversational in nature (e.g. posed as a question, a tip or piece of advice) rather than tweeting the full title of the article like we do for brand new articles. (Here's an example of a tweet, an example of another and one more!)

Results -- In order to determine whether our evergreen content was succeeding in generating more traffic to the HubSpot blog, we tracked the change in social media traffic to the blog.  We also created unique bit.ly links for each of the content items we were promoting and tracked the number of clicks on those links. As a result, evergreen content links received an average of 198 clicks, and we noticed an increase in traffic from social media sources to the HubSpot blog. In fact, traffic from social media sources to the blog has more than doubled since the end of 2009.

Note: The spike in social media traffic in January can be attributed to a Twitter retweet contest we ran on the blog in January.

Is your company's evergreen content collecting dust?  If you have a good supply of evergreen content that may still be useful to your followers, why not try a similar experiment to see if you can generate some additional traffic -- and ultimately leads?

How to Use a Blog to Increase Organic Traffic

Blog SEO: How to Search Engine Optimize Your Blog Content