Recruiters Reveal the 7 Best Fonts for Your Resume in 2021

Rebuilding your resume? We've got you covered with 10 free resume templates. 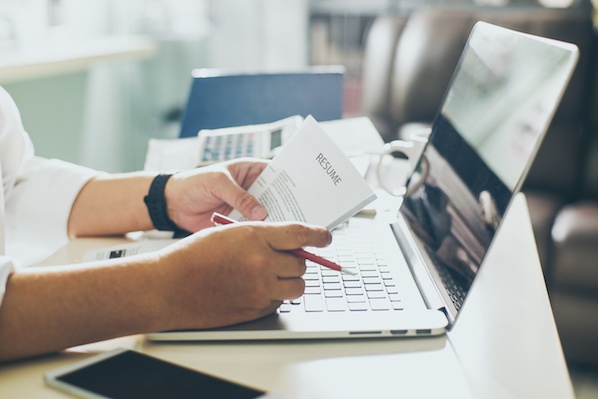 Studies have shown recruiters typically scan a resume for only about six seconds before making a decision on whether an applicant is fit for a role.

With only six seconds to demonstrate your qualifications for a position, every detail counts. To evoke a sense of style, professionalism, and uniqueness, it's critical you put effort and consideration into your font choice.

But, besides Times New Roman, which fonts pass the six-second resume scan? Additionally, which fonts should you avoid to ensure your typeface isn't distracting the recruiter from the content itself?

Here, we've asked HubSpot recruiters to reveal the seven best fonts for your resume in 2019, as well as what they consider in terms of design in general, so your resume can stand out in the pile.

When speaking with recruiters, it quickly became clear that classic fonts are still the best options -- when in doubt, you want to make your resume as clear and easy-to-read as possible, even if it means forsaking your favorite script font.

For instance, Johanna Fleming, a Services Recruiter at HubSpot, told me, "I’m a big fan of the 'classics' for resumes -- Times New Roman, Arial, Calibri, Helvetica, and Cambria. I’m a little old school, but I think they are the cleanest and exude professionalism."

Additionally, when asked which font size is best, Johanna said, "12 is ideal -- nothing less than 10.5."

Riley Kundtz, MBA Campus Recruiter at HubSpot, further noted, "I find the classic formatting and Times font to be helpful when reading a dense resume from an experienced MBA candidate."

Another HubSpot recruiter, Rich Lapham, concurred, saying, "I would stick with the classics like Times New Roman or Arial. My personal recommendation would be Garamond -- I think it makes it look that much more professional. Recruiters have an idea of the skills they are looking for on a resume, so if you try a new style or format it can be tougher for recruiters to find the information they are looking for. Keep it clean and simple."

Holly Peterson, a Senior Recruiter at HubSpot, also supports more traditional fonts -- "I really like Arial, Tahoma, and you can't go wrong with Times New Roman! Anything that is cursive (or too bubbly) is too hard to read. For instance, I'd stay clear of Comic Sans."

Ultimately, you'll want to consider the position for which you're applying when you're choosing a font. To Glory's point, certain more creative roles might benefit from a more unique font than Times New Roman.

Paulina Valdez Franco, a Senior Recruiter at HubSpot, also supports fonts other than Times New Roman. She mentioned, "My two favorite fonts for 2019 are Helvetica, if you're looking for a clean and classic look, and Georgia, if you're going after a more modern and fun look. The latter is also designed to read well on screens."

Additionally, Paulina added, "Arial and Calibri are great choices if you want to play it safe."

Bridget LeMon, a Technical Campus Recruiter at HubSpot, agrees that "it's totally acceptable (and becoming more common) for candidates to stray away from the resume-norms of Times New Roman and Calibri. Avenir Next and Muna are two great options if you are looking to break the status quo."

However, it's important to note most recruiters I spoke with were hesitant to even offer a font at all.

For instance, Heta Patel, a HubSpot recruiter, said, "I typically don't pay too much attention to font. I'm more concerned about whether the resume is formatted in a clean way -- submitting a PDF is helpful with this, so your formatting doesn't shift."

Kelsey Freedman, a Sales Recruiter at HubSpot, concurred -- "Honestly, I don't care much about the font of a resume, as long as it's clear and in PDF format. I typically only review a resume for 20-30 seconds, so a traditional font is good. I would advise avoiding script font or bubble font, or something distracting like that."

Ultimately, and as expected, your content still matters most -- however, a clean, clear font will help avoid any irritability you might cause a recruiter with a distracting, messy design.

Ashley Hodder, a Technical Recruiter at HubSpot, seconds this notion -- "I think a resume shouldn't have distracting font, and it should be easy to read. [But] what I get most excited about is the content. Depending on the role, I look to see that candidates are sharing direct and compelling snapshots of their work. I look for indicators that show data orientation, autonomy, and thoughtfulness about business impact."

Regular font size for resumes is 12 points, typically in Times New Roman or another classic, easy-to-read font. Larger fonts are acceptable for headings, your name, or titles of sections. If you're having trouble fitting your content on one page, you might try making your font 10.5 points, but don't go lower than that.

Editor's note: This post was originally published in November 2018 and has been updated for comprehensiveness.

Which Company Should You Actually Work For? [Quiz]