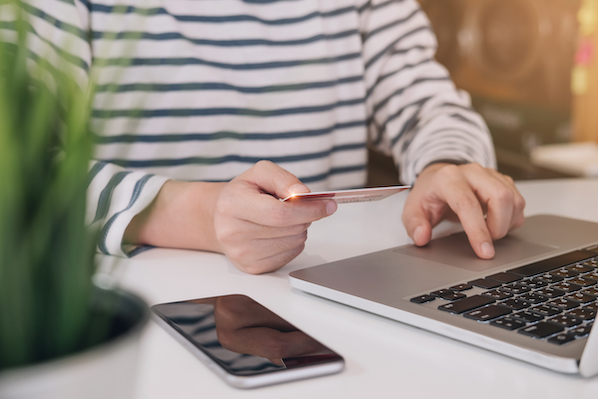 Undoubtedly, the popularity of Twitter for business makes the platform a crowded place. And, ultimately, your success on Twitter is measured by follower size and audience engagement -- two metrics that can be difficult to achieve with so much content posted daily on the platform.

Of course, it's critical you create high-quality content for Twitter, but if that content isn't seen by the people you're trying to reach, then it's wasted effort.

So how can you grow your Twitter audience and ensure your content is seen by the right people?

Ultimately, when you're eager to gain followers and increase engagement, you might be tempted to take a shortcut and buy followers. However, it's a dangerous tactic and could actually decrease engagement and destroy your brand's reputation.

Here, we're going to explore how to buy Twitter followers, why it's a bad idea, and what you can do, instead.

It's important to note, these services only provide you with fake Twitter followers -- the followers you purchase off these sites will never become real customers for your business. As much as you might think purchasing followers is a good decision, it ultimately won't result in any additional customers, so it's not a smart strategy.

Additionally, the fake followers you purchase from these sites won't engage with your tweets and can't retweet your content with their own audience. Which means that, ultimately, purchasing Twitter followers could backfire by decreasing your engagement numbers.

For instance, let's say you have 2,000 followers, but 1,000 of them are fake or inactive accounts. Then you post a Tweet, and it receives 200 retweets. That means only 10% of your total audience engaged with your tweet.

Alternatively, let's say you stick with your 1,000 real followers, and receive 200 retweets. That's 20% of your total audience -- a much more impressive number to Twitter's algorithm, and it's also a true sign of your content's worth.

Additionally, it's important to note, your business can get in trouble and risk getting suspended on Twitter if it violates rules by buying fake followers.

Having real followers is a much more worthwhile long-term investment than purchasing Twitter followers. Real followers enables you to properly measure your business's success on Twitter, and engage with potential customers.

However, this likely seems easier said than done -- how can you increase your organic reach and find these real followers?

Fortunately, there is a paid strategy you can implement to buy high-quality Twitter followers fast -- Twitter Followers Campaign. While not free, it's undoubtedly cheaper than most fake follower sites, and will offer a much greater ROI.

To create an Ads campaign, go to Twitter's Campaigns dashboard and click "Start a Campaign" in the top right. Then, click the "Go to Twitter Ads" CTA button.

You can specifically choose "Followers" as your Ad objective.

Next, fill out the necessary information, including Campaign title and how much money per day you want to invest. Then, click "Targeting" in the left navigation bar.

Ultimately, you're not buying followers using Twitter Ads Campaign, but you are buying the opportunity to reach the right people -- real people.

This is undoubtedly a more successful strategy for your business.

Ultimately, Twitter isn't meant to be a popularity contest. The site is designed to encourage meaningful conversation and connection among users. If you can attract 100 high-quality followers who appreciate your business's content and eagerly share it with their own audiences, then you're doing much better than a company with 1,000 fake followers.