Google's 2013 Algorithm Updates: A Look Back 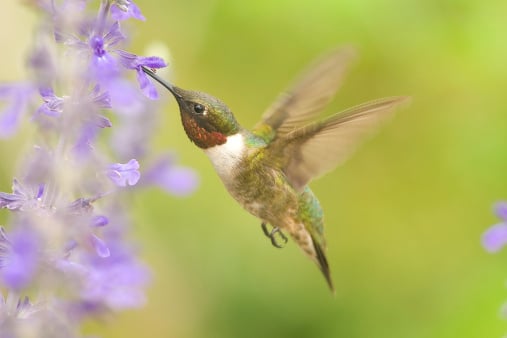 When Google makes changes to its all-powerful, mysterious search algorithm, the world of inbound marketing watches and, more often than not, reacts strongly to them. These algorithm adjustments have certainly proved to be challenging for marketers. But, the fact of the matter is it's on us marketing pros to roll with Google's modifications and learn how to revise our search strategies accordingly.

To help you understand what changes the search engine conglomerate has made this year to its vaunted animal-themed algorithms -- and there were several -- we've got the list of all of the major ones made in 2013. (And hey, it's only November -- but hopefully there won't be any other big ones we need to worry about.)

So just in case you missed any of them, here are the big changes to Google's algorithm that marked the year, and how your marketing was affected.

Initially launched in February 2011, Google's Panda algorithm has come quite a long way. It was originally conceived as a way to penalize those who published weak content (as Google calls them, "scraper sites" and "content farms") and reward those who put out quality content (for instance, those who create original, thoughtful blog content regularly).

This particular update -- number 24 for Panda, which Google referred to as a "refresh" -- was announced in January and implemented in February. It reportedly affected roughly 1.2% of English-based search queries. As Google noted in a tweet following the modification, it was developed to further ensure only high-quality content would be rewarded.

Per Google, a high-quality site is one that's trustworthy, has original and factually correct content, isn't biased or one-sided, doesn't receive a high volume of user complaints, and has content that is comprehensive and thorough. Conversely, low-quality sites have numerous paid links, are mostly empty, contain thin content, and have too many ads.

Just a couple months later, another substantive update -- number 25 -- was made to Panda. This revised version, announced by Matt Cutts, the head of webspam at Google, was similar in many ways to the previous update. However, as Cutts noted, this algorithm alteration would be the first Panda one to be made gradually over time instead of all at once.

"Rather than having some huge change that happens on a given day," Cutts noted at the SMX West marketing conference in March, "you are more likely in the future to see Panda deployed gradually as we rebuild the index. So you are less likely to see these large scale sorts of changes."

Also discussed at the SMX conference by Cutts was this overhaul of Google's Penguin algorithm, which in May, he elaborated on upon its release. This 2.0 version, the fourth Penguin-related update the company made, was meant to swing the hammer down even harder on webspam.

With this newly revamped formula, there was an even bigger effect on webmasters and SEOs than the last Panda update -- approximately 2.3% of English-based searches were impacted, Cutts said. Specifically, a considerable adjustment was made in the algorithm related to website authority.

Google decided to recognize sites that produce content for specific industries and areas of expertise by giving them an "authority boost." Other major differences that came to pass with 2.0 included more intricate analysis on Google's behalf of links to determine their quality.

So, marketers who produce content for specific communities or fields that showed thought leadership, provided in-depth insights, and link to quality sites are given a bump in search results by Google.

Here's what Cutts had to say about this fourth version of Penguin back in May, including what future updates Google had in store for the algorithm as 2013 progressed:

As Adam de Jong noted in his guest post for Inbound Hub, websites that thrived after Penguin 2.0's release shared certain positive traits. The main one? Companies that branded themselves well, which can be accomplished by posting unique content with quality links, were highly rewarded by Google's latest algorithm.

"Sites that have a holistic brand have held onto, or improved, their rankings and traffic post-Penguin 2.0," de Jong stated in his post.

After years of "P" animal-themed algorithms, the biggest news in Google's history came when it switched its new algorithm to that of the hummingbird. Okay, I kid, but the update itself was undoubtedly a significant one.

As noted by TechCrunch, the emergence of Hummingbird 1.0 was "the biggest overhaul to [Google's] engine since the 2009 'Caffeine' overhaul (which focused on speed and integrating social network results into search) and that it affects 'around 90% of searches.'"

The big change with Hummingbird is that it now allows Google to recognize full-question searches instead of just parsing specific keywords. With this relatively new capability, Google can appropriately rank answers to these long-tail question searches.

How exactly does this update help user searches? Well, let's say, for example, you want to find free, available parking in Downtown Boston. Before Hummingbird, if you'd searched "Where is the best place to park in Downtown Boston for free?" the SERP may've shown you free parks you could visit in the area in addition to your intended results. But now, with Hummingbird, Google can provide you with the results you actually want to see based on queries like this example on page one, as it can more easily understand the question asked and its context.

Here's another way to put it: Google has made searches more human.

Along with the release of Hummingbird, Google also made news in August when it revealed a more accurate way for users to locate in-depth evergreen content. The company noted the best ways this older content can be found on your site is through implementing authorship markups, proper pagination, and logos. You can learn more details on how to get your evergreen content found on this Google Support page.

Okay, so this isn't technically a search algorithm update, but it was still a major event in the search universe. At the end of the third quarter, Google announced something many-a-marketer feared would happen at some point: that all keyword data would be encrypted.

In other words, instead of just Google users' searches being encrypted, now even the searches of those not logged in to Google are encrypted, as well. While some marketers will say this is terrible news, they should know there are still ways to gauge keyword data, both from organic searches and PPC campaigns.

The big question, though, is why Google made this particular move to begin with. Well, the company stated it was to provide "extra protection" for users. However, other theories have arisen -- one of the most popular is that Google decided to encrypt all searches to deter the NSA from gaining access to searches (or spying, if you will).

Whatever the reason, it's clear marketing pros need to adjust their efforts accordingly to continue to monitor the effectiveness of their campaigns.

What do you think Google has up its sleeve in terms of changes to its search algorithm in 2014?