Read all about the latest, greatest Google search algorithm updates and how they impact your SEO and web content. 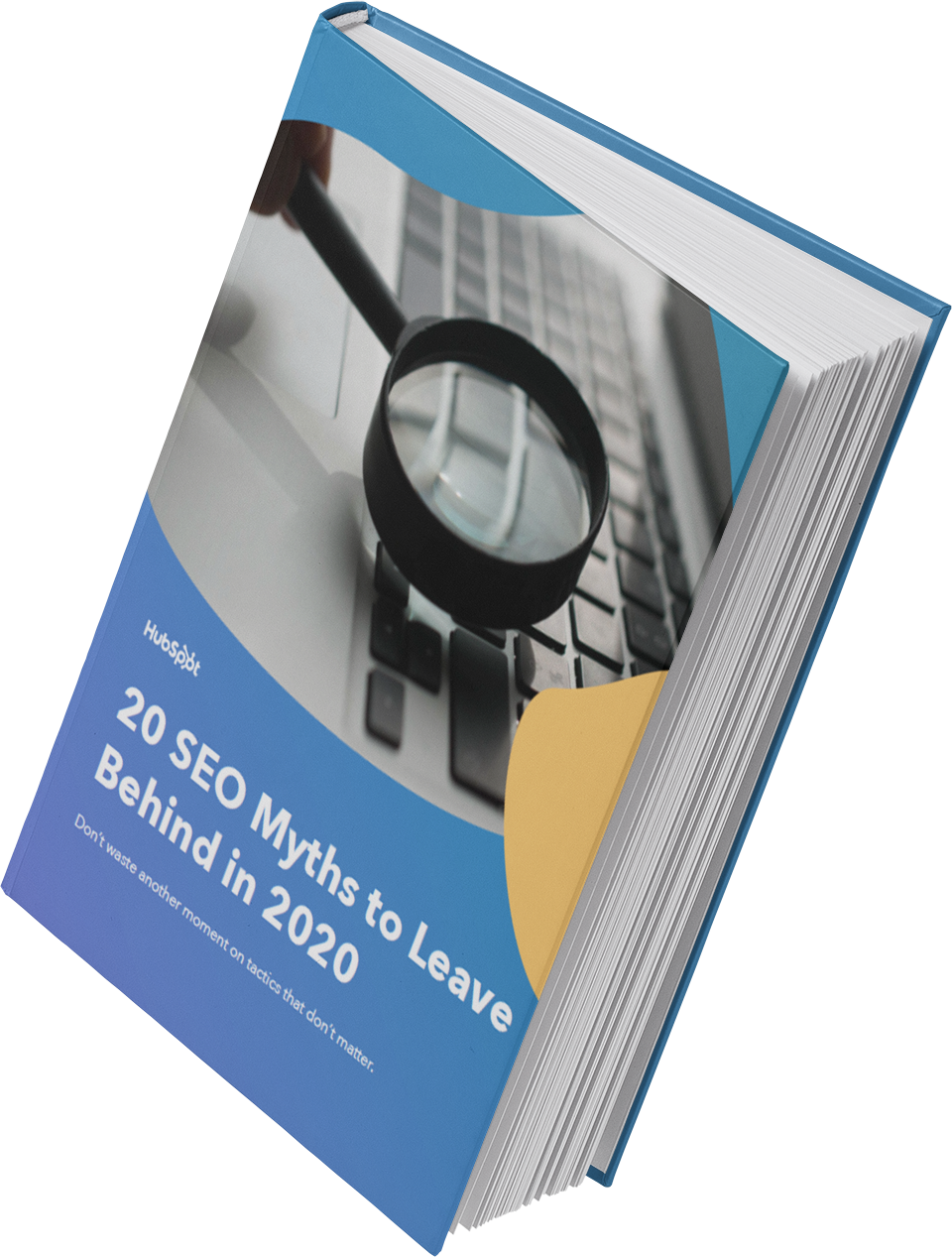 Google is a fickle beast. The search engine is imperative to the success of your web content, but no one truly knows how the Google algorithm works (except for the elusive Google search-quality team, of course).

Google’s search engine is also ever-changing. Google didn’t become the number one search engine in the world without prioritizing its user experience. It achieved this leading position by continually updating its algorithm to meet its user’s needs and delivering the best possible results (not to mention engaging users with new daily doodles on the Google homepage).

If your content doesn’t keep up with these Google algorithm updates, you risk losing valuable space on the search engine result page (SERP) … as well as potential visitors, leads, and customers.

In this guide, we’ve covered everything you need to know about the Google algorithm, its nine most recent updates, and how your company and content can follow suit.

Google’s search engine algorithms determine the results you see for each search term, or query. They work behind the scenes to filter through web content, review indexed pages for relevance and quality (e.g. the search factors), and return results that are most relevant to the query.

While the exact number isn't certain, SEOs believe there are certain ranking signals that Google considers when displaying results. These include factors like keyword usage, domain history, site usability, and more.

This is why, as businesses and marketers, we must optimize our on-page SEO, off-page SEO, and technical SEO to make it easier for our pages to rank and so consumers can find our content.

Did you know over 3.5 billion Google searches are made every day? The search engine is by far the most popular among its competitors, which means the vast majority of your audience (and potential audience) is actively searching Google for information your website or blog can deliver.

How can you ensure your content ranks high enough on the SERPs to get your audience’s attention? By adhering to the Google algorithm and its updates.

Since its conception twenty years ago, Google has made thousands of updates to how its search engine works, including the ones in this timeline. In fact, the team makes small updates to its algorithm on an almost-daily basis.

Google also releases Core Updates a few times a year — you can read about Google's recommendations on those here.

In this post, I’ve detailed nine of the biggest and most impactful Google algorithm updates in chronological order.

Google Panda gives every web page an internal quality score that attempts to mimic human qualification, i.e. how a human might respond to and rank a piece of content. This score is then factored into how each website ranks on the SERPs.

Panda was originally introduced as a filter for search engine results, but in January 2016, it was added to the core algorithm.

How to adjust for the Google Panda Update:

The Google Penguin Update was released to combat black-hat link building techniques, such as spammy links, link directories, and keyword-stuffed anchor text. Google calls them “black hat webspam” and defines them as “techniques that don’t benefit users, where the intent is to look for shortcuts or loopholes that would rank pages higher than they deserve to be ranked.”

Prior to the Penguin Update, link volume — regardless of quality — was a heavy influence on how pages ranked on the SERPs. Penguin attempts to better understand how websites were earning their links and ensure that only high-quality, trustworthy, and relevant links were rewarding the sites they led to.

Google Penguin only affects inbound links — the links leading to a site, not away from it. Penguin monitors for black-hat link building techniques and over-optimized anchor link text. This is when too many inbound links for one website contain the same anchor text, which can alert Google that the links aren’t natural or earned.

Penguin was also added to the core algorithm in late 2016.

How to adjust for the Google Penguin Update:

Google released the Hummingbird Update to provide a more conversational, human search experience. Google wanted to better understand the context of what people were searching for — versus the specific terms within their search query.

The Knowledge Graph was introduced the year before, but Hummingbird improved upon this feature. This update also brought about Google Authorship, which was discontinued in 2014.

How to adjust for the Google Hummingbird Update

Google released the Pigeon Update to better calibrate the local algorithms with the core algorithm. The goal of this update was to reward local businesses that have a strong organic presence with better SERP visibility. It was also to answer user search queries with accurate local results influenced by traditional web search ranking signals.

Pigeon treats local search the same as traditional organic search, just with local cues. It considers searcher location when displaying SERP results, and allows searchers to treat Google Search and Google Maps the same. For example, you can search “best accountant near me” in both engines, and the results should be similar.

How to adjust for the Google Pigeon Update

Mobilegeddon was yet another effort by Google to continue providing the best possible search experience for its users. “When it comes to search on mobile devices, users should get the most relevant and timely results, no matter if the information lives on mobile-friendly web pages or apps,” Google announced in 2015.

Mobilegeddon penalizes websites that aren’t mobile-responsive and rewards those that are. It only affects mobile searches and individual web pages (not entire websites), and it affects queries and websites globally, in all languages.

(Since Google moved to mobile-first indexing, however, the mobile-friendliness of your site now impacts how you rank for every query.)

How to adjust for the Google Mobilegeddon Update

The Google RankBrain Update was part of Hummingbird. RankBrain is a machine-learning powered component of Google’s algorithm that works to better understand searcher intent and deliver the most accurate, relevant SERP results.

Many SEO strategists believe it serves to measure how searchers interact with search results and then ranks the results accordingly. (This could explain why your SERP looks different when you search for the same thing multiple times.)

It has also been theorized that the RankBrain algorithm identifies relevance features for the websites that rank for a given query, establishing query-specific ranking factors and signals.

How to adjust for the Google RankBrain Update

Google’s Snippet Length Increase Update increased the Google meta description length from 155 to 300, almost doubling the word count. The goal of this update was to provide more useful descriptions of web pages and help searchers better understand how a result might be relevant to their query.

For about six months, meta description lengths were reported to be between 160-300 characters (depending on the search and resulting content), but as of May 13, 2018, Google rolled back most snippet lengths to about 150 — where they originally were.

How to adjust for the Google Snippet Length Increase Update

The Mobile-First Indexing Update was another nod from Google to those websites that are using a mobile-friendly website.

Here’s how Google explains: “[Historically,] our crawling, indexing, and ranking systems have typically used the desktop version of a page's content, which may cause issues for mobile searchers when that version is vastly different from the mobile version. Mobile-first indexing means that we'll use the mobile version of the page for indexing and ranking, to better help our – primarily mobile – users find what they're looking for.”

When producing search results, Google will continue to pull from a single index of data; this update means they’ll be populating more of this index with mobile versions of website content. Also, this update primarily affected how websites are indexed, not how they are ranked — but that’s not to say it’ll affect rankings down the line.

“Having mobile-friendly content is still helpful for those looking at ways to perform better in mobile search results,” Google says. “[But] we may show content to users that’s not mobile-friendly or that is slow loading if our many other signals determine it is the most relevant content to show.”

How to adjust for the Google Mobile-First Indexing Update

The Google Medic Update was the third, broad, core algorithm update of 2018. The disproportionate impact it has on sites in the health and wellness industries is how it received its nickname. However, it didn’t target those industries; it also had a large impact on websites in all other industries.

Unlike the other updates on this list, the Medic Update didn’t target a specific type of web content or release a new part of the core algorithm. However, Google released an official statement about it: “There’s no “fix” for pages that may perform less well other than to remain focused on building great content. Over time, it may be that your content may rise relative to other pages.”

How to adjust for the Google Medic Update

The Google BERT (Bidirectional Encoder Representations from Transformers) update was an effort by Google to better understand the language in which people search. It's similar to RankBrain and serves as an additional effort to understand searches; it didn't replace it.

In short, BERT helps Google users find useful and accurate information. The update allows Google to capture more of the nuance and context in queries and not lean so heavily on the use of prepositions or phrasing to clarify questions. (Check out some live examples of BERT here.)

BERT was also applied to featured snippets in over two dozen countries and languages.

How to adjust for the Google BERT Update

As a business owner and marketer, these Google updates may seem repetitive, detailed, and a lot of work. You’re not wrong. When I first reviewed these and considered the changes I needed to make to my website, I’ll admit I was a little overwhelmed.

But it’s important to remember that Google wants to create a fantastic search experience for its users … including you and me. These algorithm updates are designed to prune out the lazy, low-quality, and illegal content that’s not only filling up our search queries but also competing with our own business and marketing content.

In short, these algorithms are good things! It’s up to you to use them to your advantage.

Editor's note: This post was originally published in August 2019 and has been updated for comprehensiveness.