7 Ways to Be Insanely Honest in Your Marketing 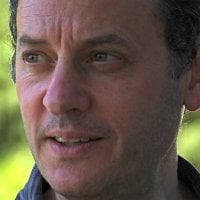 In Velocity’s latest SlideShare, “Insane Honesty in Content Marketing,” we argue for a little-used but hugely powerful strategy: taking the worst attributes of your company, product or service … and highlighting them for all to see.

I really, really, REALLY believe in this approach and I’m amazed more brands don’t practice it.

If you haven't seen the SlideShare yet, check it out below. I'll wait.

Okay, so you're on board with Insane Honesty. Here are seven ways to get some Insane Honesty into your content and your wider marketing, done as a listicle for maximum share-ability (hint, hint).

Let’s face it, no product or service is right for everyone on the planet. Not even Coke.

So why can’t marketers simply admit that? Why are we so allergic to excluding even the most unlikely-to-buy from our target audience?

If you like your coffee on the acidic end of the spectrum, the Z-Machine is not for you. We love the soft, mild stuff. But we recognize that some people really like that after-bite in their java, so we don’t want to mislead you guys. There are lots of great machines out there that keep the acids in. Ours? Nope.”

See how cool that feels?

See how confident it is?

Think about how you’d feel if you do actually prefer non-acidic coffee.

Now think about how you’d feel if you LOVE acidic coffee. Are you more or less likely to trust this brand when they come out with ‘Z2: The High-Acid Cup-o-matic’?

This is one of the most powerful -- and least risky -- techniques in the Insane Honesty arsenal. Use it!

2) Admit to a Weak Product Feature

No product team can innovate and develop equally effectively on all fronts. You choose your battles and prioritize the things on your roadmap, right?

That means Competitor A may have a better user interface than you (while your data management capabilities kick their butt).

And Competitor C may have a cheaper on-ramp product (while you have the gold-plated, bullet-proof, enterprise-class option).

Traditional marketing says, “Talk about your weakest features in exactly the same way that you talk about your strongest. Tap dance.”

What if you broke that phoney old convention and said something like:

Okay, we haven’t perfected our data visualization yet. If pretty dashboards are your number one priority, you may find that frustrating. We decided to focus on the data quality through Q2 and Q3 (to us, that’s WAY more important) and to get to the dashboard eye-candy in Q4. Just so you know.”

See how you can de-position the feature as less important without pretending you’re great at it?

And how you can get the reader to consider that data quality is actually much more important than pretty pictures?

And how you come off as an honest vendor who will tell you the truth even if it means losing a sale?

Who the hell wouldn’t want to do that?

3) Embrace the Elephant in the Room

My mother is a genius at denial (she had to be good at it -- she had an unimaginably tough start in life).

We used to tease her about her ability to admire a hostess’ Oriental carpet while ignoring the massive blood stain right in the center.

But marketers do this every day -- it’s one of the things that make marketing shout, "MARKETING!"

So what if you didn’t just admit you could see the elephant -- what if you walked up and gave it a big, dusty hug? Like this:

You may have heard: Our cloud app had some serious down time last year. We let our customers down and paid the price. It hurt. It hurt so much that we did the following nine things to make sure it never happens again …”

All of a sudden, the story changes from "slick marketer trying to gloss over a major problem" to "well-meaning company trips up and learns from its mistakes."

The elephant is already the room, dude. It blocks your view of the mini-bar. It smells. It has ears the size of your torso. You really want to chat about the cool curtains?

This one physically hurts a lot of marketers. But bear with me.

Your competitors may be duplicitous and under-handed and down-right annoying, but you have a lot more in common with them than you’d like to admit.

You serve the same people, helping them solve the same problems. You go to the same trade shows and speak at the same conferences about pretty much the same things.

We’ve all seen unseemly public spats between vendors. It’s embarrassing and both parties come out badly.

Insane Honesty turns that dynamic on its head. How about:

The smart folks over at BadGuys Inc. just put out a cool interview with Max McGillicuddy of Spinfast Propellers. Check it out. Max is the MAN when it comes to this stuff. Great interview. Wish we’d done it!”

Yeah, I know, now you think I’m smoking something in a Colorado coffee shop.

But read it again and monitor your feelings as you do so.

A statesmanlike passage like this sends a loud, clear message to your prospects: This is a confident company that’s unafraid of a little competition. And these are the kind of people everybody likes: These are nice people.

So be nice. Be gracious. Give credit where credit is due. You’ll live.

Marketers tend to have sense-of-humour failures over little things that don’t really matter. Little embarrassing things that we just know other people are laughing at behind our backs.

So what if we take the joke out from behind our backs and join in the laughter? Kinda like this:

We know, we know: the name ‘FourSkin’ is a pretty funny name for a drum head company. Our founder was an immigrant from Hungary, and English was his fourth language. But, hey, it’s too late now and it’s a great conversation starter. If you can’t handle it, you can call us FS. Our mothers do.”

Teasing yourself completely defuses the situation and deflates the embarrassment. A bit of self-effacing humor goes a long way.

6) Replace Lame Excuses With the Truth

When things go bad, the "crisis management" team spins out all manner of nonsense to try to "contain the situation."

On Monday morning, we experienced a denial of service attack from an unknown server. Our security team responded within seven minutes to address the issue but, unfortunately everyone’s credit card numbers are now for sale on Silk Road."

Just once in a while, a company says something like:

You’re not going to believe this. Last night, Jamie, over in accounts, left his laptop in a taxi. It had all our passwords on it. The good news? We got the laptop back an hour later and the passwords were still encrypted. The not-so-good news? We moved Jamie to shipping (passwords can NEVER leave the firewall under ANY circumstances and he knew that). Now here’s what we need you to do, right now if possible …”

If you give them a chance, people tend to understand that people are people and -- even in the best-run companies -- mistakes happen.

And people can smell PR spin from a mile away. They prefer the truth, even when it feels insane to speak it.

Didn’t get into the top-right corner of the latest analyst report?

Lose a major client or a key employee?

Old-school marketers just straighten the tie, practice the grin, and face the music as if it was "Eye of the Tiger" instead of Barber’s "Adagio for Strings."

Instead, what if you say what normal people say?

When Velocity lost Ryan Skinner, a beloved account director, to Forrester (where he’s now very happy), we could have done the normal thing and issued the standard press release to "wish him well in his future endeavours."

But we didn’t want to.

We wanted to call him names.

This post, “Analyst Bastards Poach Stinkyhead Skinner from Top Agency” was fun to write, de-fused the bad news, and turned the stale convention upside down. Warning: It’s got lots of juvenile swear words.

Conclusion: Not So "Insane" Anymore, Is It?

So there you go. Seven ways to turn the theory of Insane Honesty into real practice in your own marketing.

It may feel scary and un-natural and anti-marketing -- but that’s true of all the best marketing, isn’t it?

And here’s the thing: To start out on your insane journey, you don’t have to RUN the insanely honest copy you write. You just have to write it down and show it to a few people. Discuss the upside (earning trust, surprising the audience, coming off as human beings …) and the downside (alienating people who would never buy any way).

Then, what the hell, just go for it.

45 Emerging Technology Stats to Know in 2020