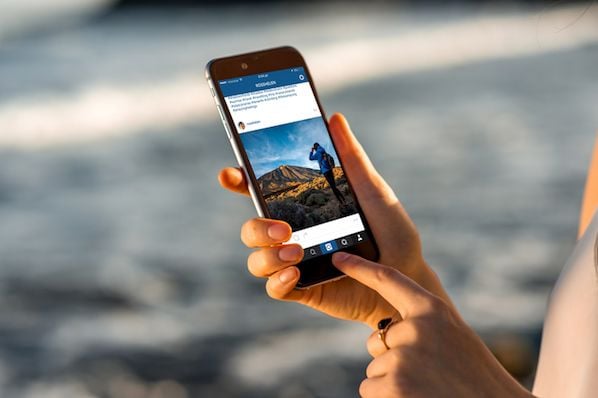 This year, we've seen the continued importance of visual content emphasized by the changes that occurred across almost every major social network, including Facebook, Snapchat, Instagram, and Twitter. At the same time, videos have become powerful tools for brands looking to communicate more easily with their readers, and virtual reality (VR) is finding its place as a marketing tool in numerous businesses.

1. 32% of marketers say visual images are the most important form of content for their business, with blogging in second (27%). Tweet (Source) 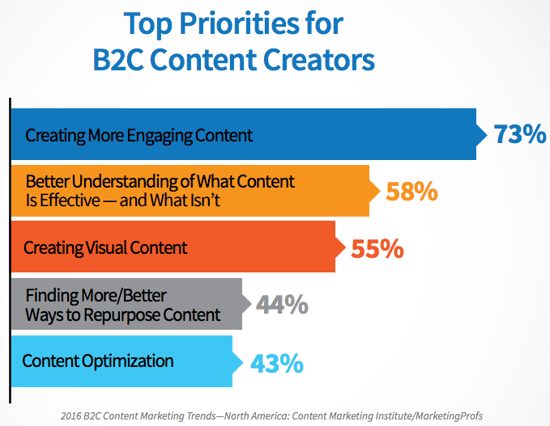 8. 70% of YouTube viewers watch videos for "help with a problem" they're having in their hobby, studies, or job. Tweet  (Source)

9. 43% of B2C marketers say pre-produced video is the most successful type of content for marketing purposes. Tweet  (Source)

11. Video streaming has increased significantly in the last several years. The live-streaming platform, Twitch, saw an increase of more than 13 million average daily streaming hours between 2012 and 2017. Tweet  (Source)

13. Using the word “video” in an email subject line boosts open rates by 19% and clickthrough rates by 65%. Tweet  (Source)

14. In a 2018 HubSpot survey, 54% of consumers wanted to see more video content from a brand or business they support. Tweet  (Source) 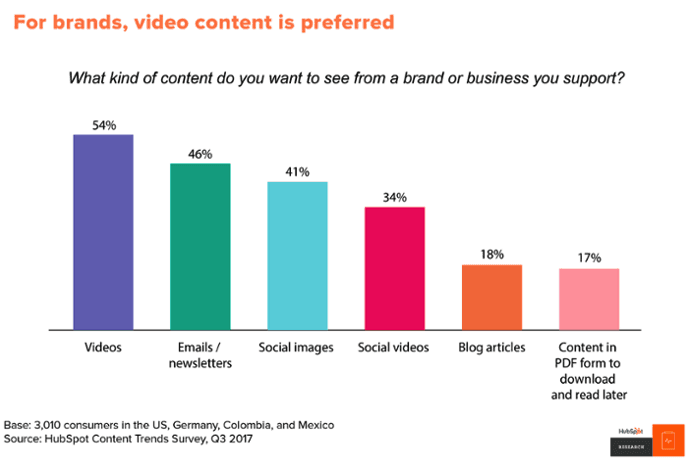 21. According to the Lowes home improvement store, how-to videos that were shown in virtual reality (VR) had a 36% higher recall by viewers compared to people who only viewed the YouTube video. Tweet  (Source)

22. According to a 2018 survey, 82% of respondents expect people to focus on developing augmented reality (AR) experiences for smartphones. Tweet  (Source)

23. Gaming, education, and healthcare are the top three industries expected to invest the most in VR technology for business growth. Tweet  (Source) 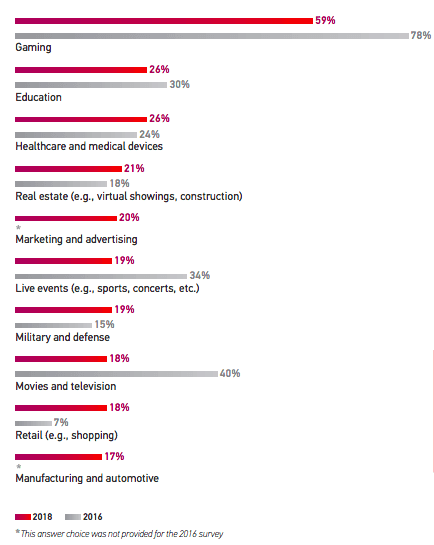 24. Eye-tracking studies show internet readers pay close attention to information-carrying images. In fact, when the images are relevant, readers spend more time looking at the images than they do reading text on the page. Tweet  (Source)

25. Infographics can increase web traffic by up to 12%. Tweet  (Source)

26. Infographics have had the biggest increase in usage among B2B marketers in the last four years -- now at 65%. Tweet  (Source)

29. In an analysis of over 1 million articles, BuzzSumo found that articles with an image once every 75-100 words received double the social media shares as articles with fewer images. Tweet (Source) 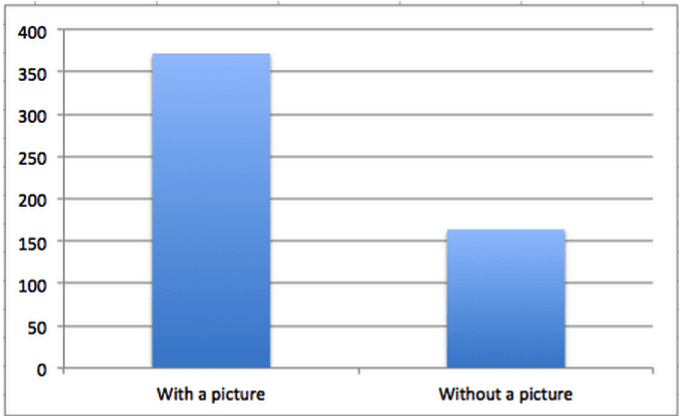 31. The equivalent of 110 years of live video is watched on Periscope every day. Tweet (Source) 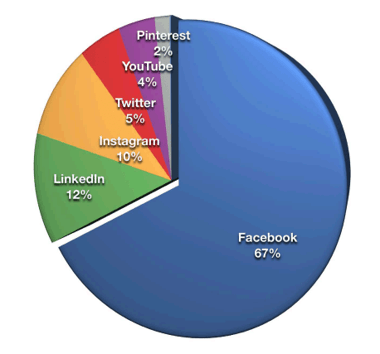 45. Half of YouTube subscribers between the ages of 18 and 34 would drop whatever they were doing to watch a new video from their favorite channel. Tweet  (Source)