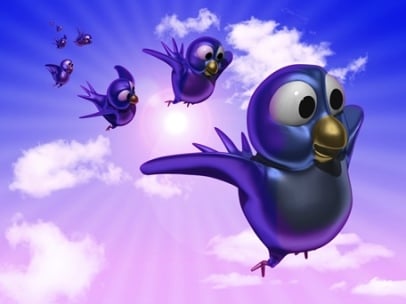 Are you shy on Twitter? Hesitant to tweet something "wrong"? Unsure what the point is, since a zillion other people are already tweeting? 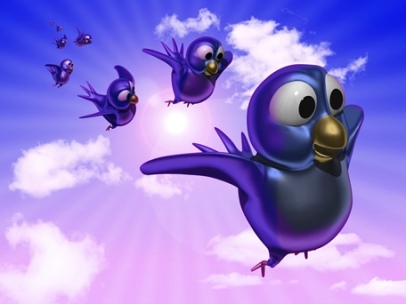 I've recently had conversations with a bunch of people expressing confusion on how to dive into Twitter. To them, the whole thing seems a bit overwhelming, and they're more silent observers than active participants.

My husband is one of these people. He's avoided Twitter for years (I know, I know -- you'd think I would have convinced him by now). But he constantly sees me scrolling through Twitter on my phone, and hears "hashtag this" and "hashtag that" on the news and our favorite TV shows. So he's finally started dabbling, mainly by following a handful of influential writers and celebrities. When I tried encouraging him to share content of his own, he asked, "Why should I bother sharing content on Twitter? Isn't all the content already out there?"

Now, this was an interesting question. My husband's career has nothing to do with marketing. But no matter your skill set or industry, there are benefits to sharing content and participating in the conversation on Twitter rather than being a silent observer -- even if you think all the content's already "out there."

1) Establish yourself as an industry thought leader.

Sure, by being a silent observer on Twitter, you can find your favorite Twitter users, learn a lot, and find a ton of great content. But nobody's going to learn anything about you!

To become a well-respected industry thought leader, you need to put yourself out there. Share good articles you find, retweet others who posted links you found interesting, and share your own original content (if you have any). If you can, when retweeting content, add your own insights at the beginning of the tweet before the RT.

One way you can provide your followers value is by being a content filter for them. If you only share the BEST content from your industry or topics of interest, you will become a definitive resource for other Twitter users, establishing yourself as a thought leader.

2) Get the opportunity to connect with influential people.

Twitter opens doors. Suddenly, many of the people you admire in your industry, pop culture, etc. are a mere tweet away. It's an opportunity you wouldn't have had otherwise (unless you send them traditional fan mail or dig up their email address).

That's not to say you're guaranteed a response. Many of the most influential people on Twitter are far too busy and receive too many tweets to reply to everyone. But if you tweet at them with an insightful comment or intelligent question, you might engage them in conversation. And you'll be more likely to get a response if you're influential on Twitter yourself. If your content is sparse and your follower count is low, it might dissuade people from bothering to reply.

3) Endorse your credibility in your field.

In certain industries, potential employers may not search for you on Twitter. But like it or not, it's the age of Google stalking. If you apply to a new gig, I'm willing to bet there's at least a 90% chance your prospective employer will Google you. Hopefully when they do, they'll find your Twitter profile rich in valuable insights, the latest industry trends, and a unique flare of your personality.

This doesn't only apply to the job hunt scenario. Just think of all the times someone might Google you:

Regularly tweet valuable content so people know you're still active in your field, and consistently keeping up with the latest trends.

4) Promote important initiatives once you gain a following.

Nobody should be entirely self-promotional on Twitter. When in doubt, use the 80/20 rule. 80% of the content you post to social media should be helpful and valuable to your audience, and 20% can be self-promotional.

Once you gain a following by tweeting valuable content, you'll have the chance to promote yourself when you need to 20% of the time. You might not need to promote anything now, and that's okay. But later, you'll be glad you've built up a loyal following that may pay attention when you need to drive traffic to your website (or elsewhere).

5) Crowdsource answers to your questions.

Once you get enough followers, you'll be amazed how eager people are to answer your questions. I recently asked the Twitterverse if acupuncture really worked for people -- something so random I thought I'd get zero replies -- and was shocked at how many people were willing to share their experiences with me.

Think of all the times Twitter can make your life easier:

Just ask your audience your question, and the answer will come (disclaimer: as long as you have enough relevant followers -- this is why buying spambot followers is pointless).

6) Have fun connecting with people with similar interests.

Forget about the professional benefits -- Twitter can also be fun to use in your personal life. By following the right hashtags, you can find people who have similar interests to you. But it's going to be hard to have a conversation with them if you're too afraid to tweet at them. Or if you do tweet at them, but you don't publish much content to Twitter, the person you've reached out to may not make the connection that you have similar interests.

What do you think is the biggest benefit to publishing content on Twitter? Let me know in the comments below!