Get your business started on YouTube with this free guide. 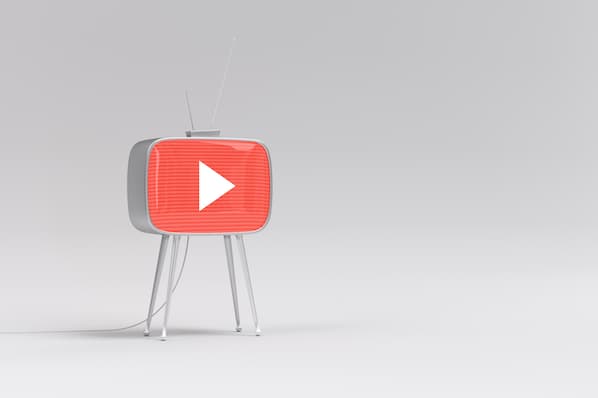 In 2005, when I was 10 years old, a kid from my neighborhood was bear hugging a fallen tree trunk that bridged across our creek and yelled, “I better not see this on YouTube!”

That was the first time I’d ever heard of YouTube. And it definitely wasn’t the last time I’d hear about it. YouTube has experienced explosive growth since it was founded in an office garage in 2005. Just one year after its inception, it was attracting more than 65,000 new video uploads and 100 million video views per day. A couple of months later, the high-growth startup was acquired for over $1 billion by a titan in the tech industry -- Google.

Since then, YouTube has opened up avenues for brands to advertise on their videos and, in turn, let content creators earn a living just by making videos. This potential for monetization has incentivized content creators to craft the most engaging videos possible and host them on the platform, which has enabled YouTube to become the second most trafficked website and the second largest search engine in the world.

As a video marketer, you already know how crucial building a YouTube presence is for boosting your videos’ and brand’s visibility. But if you just started your brand’s YouTube channel or need some help convincing your boss to double down on your YouTube efforts, we’ve got you covered.

Check out these stats about the platform’s mobile usage, its demographics, subscriber growth, general usage, and history that can help you build your YouTube following or persuade your boss to focus more of your efforts on the video platform.

1. Since 500 hours of video are uploaded to YouTube every minute (and a lot of those videos violate YouTube’s guidelines and subsequently get taken down) it’s impossible to determine the exact number of videos hosted on the platform. However, over one billion hours of videos are watched on YouTube every day.

2. “Baby Shark Dance” by Pinkfong Kids' Songs & Stories is the most-watched video on YouTube. It has received over 7.91 billion views since 2016.

4. On mobile devices alone, YouTube reaches more adults aged 18-49 during prime time than any cable network does in an average week.

5. 75% of adults report watching YouTube on their mobile devices.

6. More than 70% of YouTube watch time is generated from mobile devices.

8. In 2020, YouTube was the fourth most popular IOS app after ZOOM, TikTok, and Disney+.

10. Over 67% of American internet users who are aged 56 and over watch videos on YouTube.

12. 39.4% of social media users in the U.S. expected their YouTube usage to increase significantly while staying at home.

13. 24.3% of social media users in the U.S. expected their YouTube usage to increase slightly while staying at home.

15. 16.6% of YouTube's website visitors are from the United States.

16. YouTube attracts the most visitors from the United States, India, and Japan.

19. The number of channels with more than 1 million subscribers increased by more than 65% since last year.

20. The number of YouTubers who earn six figures per year has increased by more than 40% since last year.

21. The number of YouTubers who earn five figures per year has increased by more than 50% since last year.

24. The most popular branded YouTube channel is LEGO, which has over 10.04 billion views.

29. The majority of the most popular YouTube videos are music videos.

31. 70% of viewers say that YouTube makes them more aware of new brands.

32. Viewers say they're twice as likely to buy something they saw on YouTube.

33. Viewers are four times more likely to use YouTube to find information about a brand, product, or service (vs. other platforms).

37. Relaxation videos like soap cutting and slime playing experienced a 70% increase in watch time in 2018.

43. YouTube streamed the United States presidential debates for the first time in 2012.

44. The youngest successful YouTuber is Ryan ToysReview, who is a 8-year old boy who makes $22 million a year and has 22 million subscribers.

46. YouTube provides a free space in Los Angeles where YouTubers with over 10,000 subscribers can learn, connect, and create videos with each other.

47. The first YouTube video that reached one million views was a 2005 Nike ad that featured football star, Ronaldinho.

48. The YouTube video that received the most views in 24 hours is BTS's “Dynamite” music video, which attracted 101.1 million views in a single day.

49. The most liked video on YouTube is the music video for the song “Despacito” by Luis Fonsi featuring Daddy Yankee. It has received over 42.71 million likes and boasts an 89.65% like percentage.

50. YouTube’s own YouTube Rewind 2018 video is the most disliked video on the platform. It has received over 18 million dislikes and owns an 86.38% dislike percentage.

14 YouTube Description Templates That Have Helped Our Videos Go Viral

YouTube Thumbnail: Your Guide to Making a Scroll-Stopping Image