Motorola: No Longer Just for Dudes? 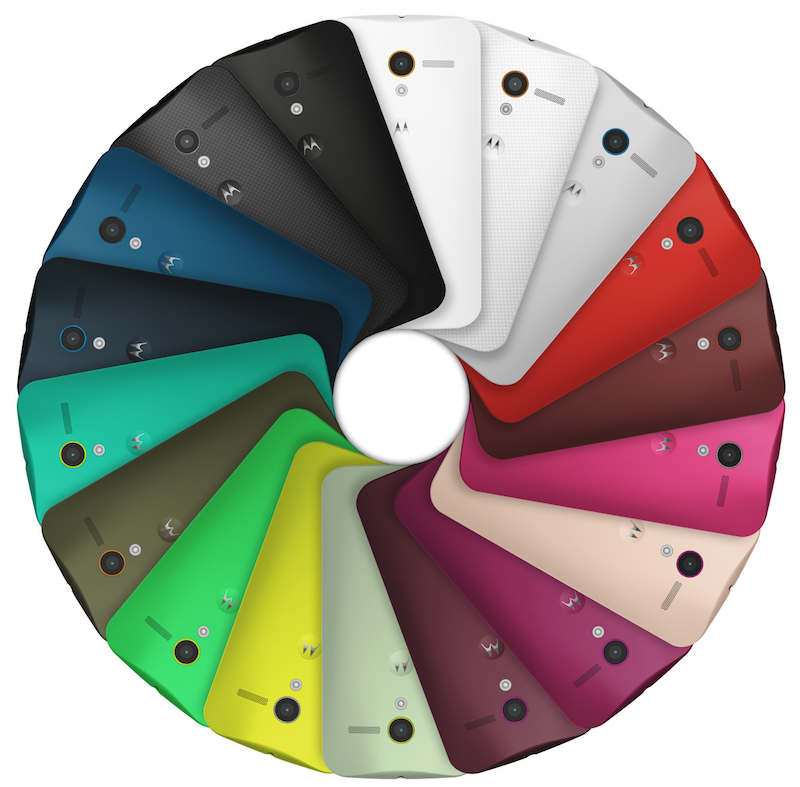 Today, Motorola announced a new flagship smartphone, the Moto X. The phone itself is somewhat unremarkable, except for what it says about Motorola and its efforts to reposition itself in the market.

Basically, this 83-year-old Illinois-based company is trying to get hip and young again. You can design your own Moto X from scratch, choosing different colors for different parts and even adding a little inscription on the back. Motorola also is rolling out the phone with a marketing campaign intended to create a friendlier, softer image.

Basically, Motorola is trying to figure out its buyer personas. As we've reported before, this is something that some brands -- JetBlue, Apple, and ZipCar, to name a few -- already understand really well. (We've also explained the research you need to do and the questions you should ask when you're figuring them out for your company. And we've told you how to identify "exclusionary" personas -- the ones who aren't going to buy and don't deserve your attention.)

Part of what's happening at Motorola is that the company and its brand are finally being assimilated into Google, which acquired the handset maker for $12.5 billion in 2012.

At an event on Google’s campus in July, there was a lot of talk about trying to reinvent Motorola’s brand in a way that acknowledges Motorola’s tradition and its engineering prowess while also making the company seem more “Googley.”

And here’s the new one:

Droid: The Phone From Outer Space

The old Motorola was like the Michael Douglas character in Falling Down -- an engineer with nerd glasses and a pocket protector, a guy who probably can crank out a great integrated circuit but doesn’t do so well when it comes to interacting with actual human beings.

Motorola briefly became cool when it introduced the Razr phone in 2003. Then came the iPhone in 2007, and the smartphone revolution began. While Apple promoted the iPhone as a happy, friendly helper, Motorola made Droids, targeting road warriors with features like big screens and big batteries.

Motorola's commercials were inspired by sci-fi movies like Alien and Blade Runner. My favorite is this one for the Droid Bionic, where a character who looks like Trinity from The Matrix battles some kind of space monster:

What does this have to do with a smartphone? The answer seems to be, who cares? All that matters is that Droids were like real robots -- they even came with a robotic-sounding start-up voice droning the word “Droid,” evoking a cyborg coming to life.

In other words: They were dude phones.

Not so with the Moto X, which comes in colors like “blush.” At the event in July, Motorola execs didn’t talk much about ”speeds and feeds," but emphasized how people can choose all sorts of color combinations for their Moto X and can even inscribe their name or some other kind of personal message on the back.

The Moto X boasts a new voice command system and a feature that lets you wake up the camera just by giving the phone a shake. But for the most part, it’s an unremarkable phone.

Rebuilding a Brand With a Different Customer in Mind

But the Moto X wasn’t really designed to blow people away with breakthrough technology. The real point seems to be about creating a new brand identity for Motorola, a stodgy Midwestern engineering company that has been manufacturing a wide range of products including radios, televisions, set-top boxes, semiconductors and cell phones since the 1930s.

Now Motorola wants to be all hip, youthful, and freewheeling -- more like Google and the rest of Silicon Valley. The event in July didn’t take place at Motorola’s headquarters in Schaumburg, Ill., but rather at the very slick “Partner Plex” on the Google campus in Mountain View, Calif.

As part of the effort to get hip, Motorola announced a surprising hire earlier this year when they brought on Guy Kawasaki, the legendary Apple evangelist, to work as a branding consultant. Kawasaki is best known for his time at Apple, but in recent years he has become a fan of Google’s Android operating system.

At the event in July, Kawasaki trotted out an old Apple G3 iMac, the bubblegum-colored desktop computer that helped put Apple back on its feet in the late 1990s.

Kawasaki compared the Moto X to that original iMac, saying that just as the iMac marked the beginning of Apple’s comeback, so the Moto X might do the same for Motorola. Whether that’s true -- and whether a newer, more feminine version of Motorola can do any better than the space-monster-loving version -- remains to be seen.

What do you think of Motorola's buyer persona shift?