So What If Someone Else Owns My Content? #GreatDebate 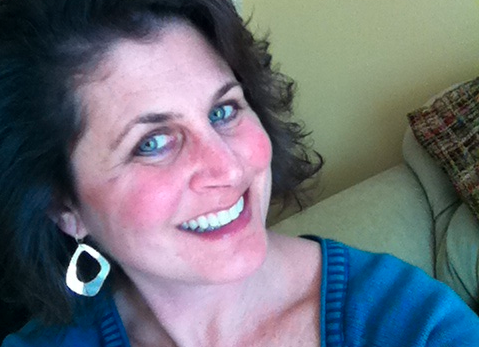 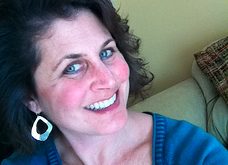 Our colleagues over on the HubSpot Marketing and Insiders blogs are having a debate today on the question of "Who should own your content?" We wanted to add our two cents, so we invited veteran freelance journalist Beth Stackpole for her thoughts.

I've been a freelance writer for the last decade. My business is all about creating content. I've written hundreds of feature-length articles for countless technology-oriented magazines, newspapers, and websites. I've penned my share of short news stories and profiles covering small business. And I don't own the rights to any of this content. Not an article. Not a sidebar. Not a single word, including the words you are reading right here.

For the most part, traditional media has always operated this way. The media outlet that cuts the check is granted full ownership. For a one-time fee, the publisher buys a piece of content and can resuse it in a number of ways. The same article can run in print and online. It can be licensed to a foreign media entity to be translated into another language. The writer doesn't get another dime. For better or worse, that's been the longstanding practice.

I can recall a handful of times when I got paid a small stipend (maybe $100) for a lengthy print piece that was subsequently going to be published online. That was a rare event, and the practice didn't last long. As the internet became the primary publishing platform, traditional media companies actually got tougher about contracts and ownership restrictions.

Some freelancers began trying to negotiate higher per-word rates to compensate for additional use cases for their content. But unless you're a big-name writer with a Pulitzer on your resume, it's pretty hard to rock the boat and demand better terms. In the last few years it has been pretty much impossible, as the media business has gone into a tailspin.

The thing is, even if a writer could hold on to some subsidiary rights, it's pretty tough to wring a few extra bucks out of any given article. The effort required probably would not be worth the few extra bucks she would get.

Sure, a big media company has the connections and the bandwidth to monetize a single piece of journalism across other formats and venues. Not so the lone freelancer with limited resources. In my experience, it is far easier and far more cost effective to drum up another assignment than to do the legwork of trying to sell a repurposed article overseas.

Freelancers still have many opportunities to leverage a body of work for additional financial gain. It's a pretty common practice amongst my freelance peers to do a bunch of reporting and research work across two or more different articles for different media outlets -- each with a paycheck attached. That's fair game as long as both are written from scratch with different angles and there is no cross-pollination of quotes.

So while freelancers can't change the rules about content ownership, we have created some workarounds.

Too Little, Too Late

There's also a twist to all this, which is that while it might have made sense for a writer to get some publishing rights back in the print era, today in the era of internet publishing the issue of ownership has become something of a moot point. Because today the game is all about getting your content shared as widely as possible.

With a few notable exceptions (eg newspapers with paywalls) media companies today are no longer trying to keep their paid-for content tightly under wraps. In fact they do the opposite. They actively promote it and encourage a high pass-along rate.

So what do I care if a publisher only pays me once? I've sold them an asset -- an article -- and the only way they can derive value from that asset is by giving it away. Yes, they may "own" it, but the cruel irony is that unless they share it, it's not worth anything.

But giving stuff away is only the first step. In fact most publishers now find themselves paying people to take their stuff. There's actually a cost involved.

That's because there's so much free stuff out there that the only way to get your stuff discovered is to pay social media managers to promote your content on Twitter, Facebook, and LinkedIn.

It's like handing out free sandwiches and paying a dollar to everyone who will take one.

I must admit I take a small amount of pleasure from this. The same companies that fought so hard to make sure that they would maintain sole ownership of every piece of content I ever created now find themselves begging people to take that content from them.

To be sure, I can't really gloat, because I'm not coming out of this unscathed. As content becomes a less lucrative business, rates keep going down. When you look at it that way, it's a lose-lose.

Beth Stackpole is a veteran journalist and longtime content creator in the business and technology space.