I Ask for 15 Introductions a Month. Here's the Email Template that Works 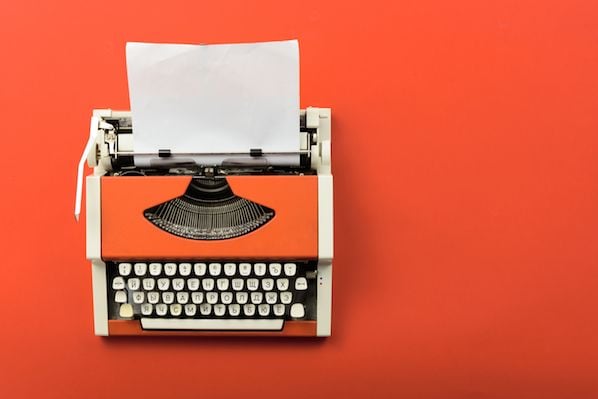 When I meet someone new, I go through a six-touch process to ensure we build a real relationship. Upon reaching that point of true connection, this individual becomes a first-degree connection -- a.k.a., someone I can comfortably ask a favor of.

One of the great benefits of networking is leveraging these first-degree connections to make new connections.

Every individual we add to our network is linked to dozens of other potential connections -- in other words, our second degree connections.

We've all heard of this connections concept from LinkedIn. The problem is, since everyone on LinkedIn is constantly connecting with everyone, the line between who is and isn't a real first- or second-degree connection often becomes blurred.

It was great meeting you last week at the conference. You mentioned you know Alexa from Example Ventures. Alexa seems like a fantastic person and I would love to connect with her. Can you introduce me?

While this is a friendly approach, it's riddled with some major problems.

Problem: We're making ourselves the priority. The person we're reaching out to has their own schedule and responsibilities. Just because we had a great chat while waiting in line for coffee doesn't mean they're ready to spend time helping us.

Solution: Include an "appendix" or drafted email introduction in the body of the email. This makes it easy for the first-degree connection to copy, paste, and send.

Problem: We're not making our value clear. Without further researching their relationship, we don't know how close Michael (our first-degree connection) and Alexa (second-degree connection) even are. What if Michael is trying to improve his relationship with Alexa? If he gets the email above, we're asking him to put his reputation on the line.

Solution: Explain the reasoning behind the connection.
If Michael understands why we're trying to connect with Alexa, he may recognize the value as a benefit to his relationship with her. If we're able to provide Alexa with something that will benefit her, why wouldn't Michael want to be the facilitator of that success?

Problem: We're hogging all the ownership. With the email template above, Michael can easily say "No" or completely ignore our email. While I use HubSpot Sales to know when an email is or isn't being ignored, I ultimately want a response. To solicit one, we have to be more considerate of our first degree connection.

Solution: Pose the introduction as a question instead of a statement. So instead of, "I know you're extremely busy and would greatly appreciate ..." I'd say, "Would you be willing to introduce me? I understand, if you're too busy."

With these solutions in mind, I typically structure my introduction emails as so:

[Reference to the contact we would like to be introduced to, reason behind why we're asking what we are]

[Closing question that clearly states what we're after, explains that we've made it as easy as possible to make the introduction, and something that appeals to their ownership over saying yes or no]

Using this structure, the poor email introduction from before would be re-written like this:

It was fantastic meeting you last week at the Orange Conference. I enjoyed our conversation about innovative software and building great things.

As we were discussing the software I'm working to build, you mentioned knowing Alexa over at Example Ventures and how she's an expert in this space. If you're willing, an introduction to Alexa would be greatly beneficial and she might be interested in learning more.

I understand you have a busy schedule, so I attached a short blurb below to make the introduction as easy as possible. Would you be able to take a moment to introduce me?

Message: Matt is helping his company grow to make Cutting Edge Software as seamless as possible. His role involves getting feedback to help his team sell better. Cutting Edge Software is a solution that does some pretty great things, and he knows it can be way better. Matt would love to connect with you to hear what your thoughts are, so he can relay your expertise and thoughts to his team.

This email approach has helped me effectively connect with many second-degree connections. Give this strategy a try and increase your connect rate.

8 Powerful Referral Strategies That Will Double Your Sales

The 10-Part Checklist for Starting a Successful Referral Partnership

Your Next Referral Opportunity May Be Sitting Right Next To You