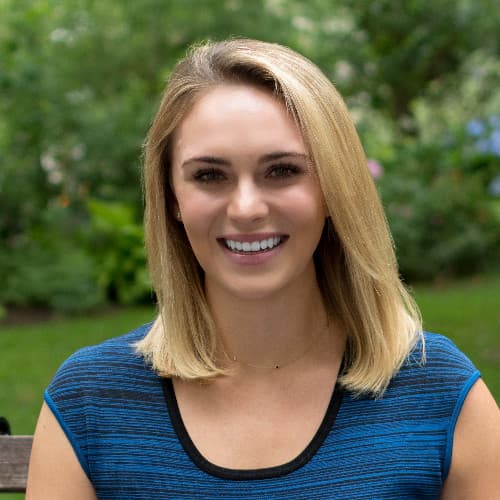 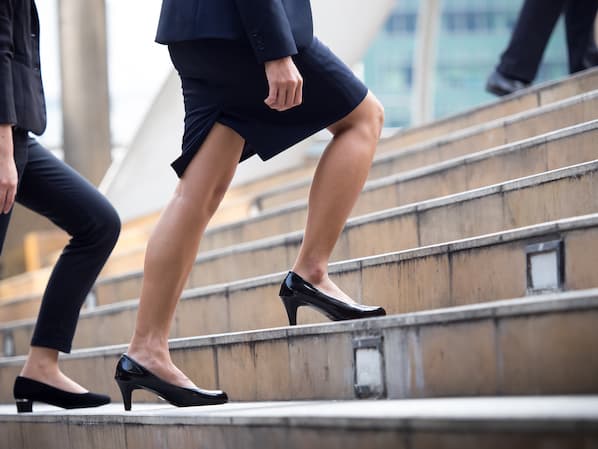 Gallup recently released a poll explaining that 45% of Millennials and 31% of Gen-Xers prioritize roles that will accelerate their career development when evaluating opportunities and measuring their happiness in their current role. One way to ensure that your employees are feeling challenged, fulfilled, and motivated is to create career ladders.

Let’s talk about what that means.

First, Level Up Your Understanding of Career Ladders

A career ladder is a clear progression or development path for an individual to travel through within company. It’s typically a formal process that allows employees to take their careers to increasingly higher levels of salary and responsibility. When an employee meets a certain set of criteria, they’re eligible to move to a rung higher up on the ladder.

Career ladders help retain staff by providing an incentive to keep moving forward -- if they see a clear reward (i.e., better money, responsibility, or authority in the near future), they’re less likely to leave for another job.

A career ladder also shows that staff is valued -- with a formal mechanism by which to gain knowledge, skills, and abilities that make an employee more useful to the company. Staff can feel cared for because the company is investing in them.

And since they’re being better equipped by well-defined career ladders, your workforce winds up being better trained, which helps your company remain competitive. Motivation is increased as well, since in order to be promoted, employees must meet satisfactory standards of work. Finally -- although this has been a short list -- career ladders attract talented, ambitious candidates.

Your sales team members want to know that there’s a clear, achievable path ahead. And you, as a manager, need to create career ladders to recruit, develop, retain, and reward your people.

How Do You Know You’re Climbing a Good Career Ladder?

A good career ladder goes beyond a list of pay rates and titles. It brings clarity and structure -- but in multiple ways. A career ladder should include:

Focus on establishing these things, and you’ll be a long way toward a solid career ladder for your sales team. As an example, that ladder could look something like this:

As another example of what a career ladder can look like, take a look at what Parse.ly did for their SDR to Enterprise AE career ladder. The digital analytics giant noticed a trend when hiring AEs: it took them as much as a full quarter to get ramped up completely. The result of this was frustration because Parse.ly was covering training and salary without seeing ROI, and the AE’s were missing targets.

To remedy this, they started to review their process, then started hiring different people: those with just a few years of experience, enough to have the chops to sell, but not so far along as to jump straight into an AE role. They showed the candidates a real SDR to Enterprise AE career path, taking just three months to ramp into the SDR role.

After being fully ramped by month three, the SDRs are on track to be promoted to an AE role based on their merit and demonstrated skills. Evaluated on a monthly basis, the SDRs must succeed in two ways of measurement: quantitative and qualitative.

For quantitative checkpoints, the SDRs are asked:

For the qualitative, more subjective questions were asked, like:

Other things Parse.ly used to determine qualitative success included observing the SDR. Were they comfortable walking away from business that was a poor fit? Did they do more work aside from setting calls -- like customer support or adding value in the sales process to get a client to close?

After ramping fully and becoming qualified, the candidates go through a transition period of doing 50% SDR work and 50% AE work. Once fully transitioned, there’s typically little more ramping to do to start building their pipeline.

Although taking longer to ramp from SDR to AE, this ladder actually results in a shorter expected AE ramp time, a lower risk of a bad hire, and a clear career progression from the SDR team.

The newly promoted AEs also start contributing to revenue closed within weeks of promotion -- great for their confidence and great for the company.

How to Coach Your Team Up the Ladder

As you develop and implement career ladders into your sales team, there are some things you can do as their manager to further coach team members on their way. Try this exercise with anyone interested in advancement (whether management or not):

Invite a team member who’s interested in advancement for an in-depth, authentic conversation about what opportunities are available in both management and non-management roles. Ask them about their thoughts on what a role they’re interested in will require of them, the benefits they’d like to gain, and so forth. Find out their thoughts and assumptions about the role.

2. Break the assumptions and fill in the gaps

Once you know where the employee is coming from and what assumptions they have, it’s time to break the reality to them: what the role really is -- not what they think it is. There may be some friction between the two versions.

Now that the team member understands what a role really is and requires of them, share the full job description and ladder. Then, set a realistic timeline and show them the qualitative and quantitative milestones they’ll have to achieve and at what points to progress.

Using an exercise like this to build a sales ladder for individual team members can be hugely beneficial.

Your reps gain more ownership over their role and career, which helps them get into greater alignment with what it takes to rise up the ladder. They also receive the guidance and structure to pursue the right direction for them.

Most companies don’t build career ladders, or at least don’t make their employees aware of them. This is a huge missed opportunity.

Today, we outlined what a career ladder is and how it can help. You also got an example of what an SDR to AE role career ladder could look like, as well as an exercise to try out with any team members who might be eager to advance upward.

Ultimately, you must apply what you’ve learned here and build a career ladder that fits the roles of your specific sales team. It should have qualities listed here, but also have its own characteristics that work best for your team.