A Stanford Behavior Scientist's Secret For Getting Habits to Stick 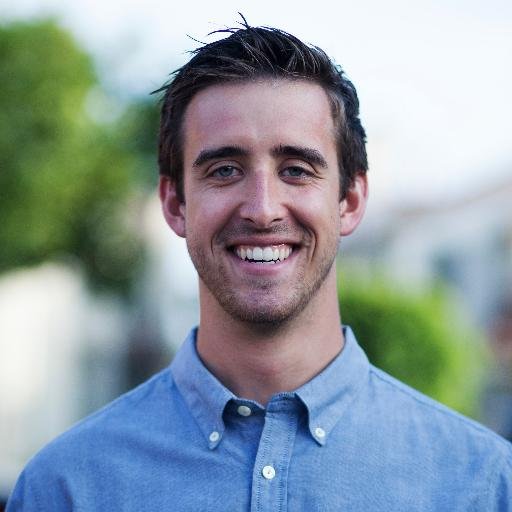 According to the leading behavior scientist at Stanford University, BJ Fogg, the easiest way to accomplish goals is to build "tiny habits."

These are small, easy-to-do actions which trigger long-term behavior change. However, for new habits to stick, the following elements must be present:

1. Authentic motivation to change the habit.

2. Simple actions that make the new habit easy to accomplish.

3. A "trigger" that causes an action, which leads to a reward.

For example, I recently set a goal to meditate every day because of the extraordinary health benefits (ex. increased focus, reduced stress, and greater creativity) from it. Not to mention, successful people like Jack Dorsey, Rupert Murdoch, and Oprah Winfrey all meditate daily.

As a preview, here's how I'm using a "trigger" make meditation a daily habit.

Yes, without context that doesn't make sense. I'll explain more in step number three. But first, I need to discover my motivation behind daily meditation.

Step 1: Ask why I want to form meditation as a daily habit.

According to BJ Fogg's research, if I'm not authentically motivated to meditate daily, it won't happen. A useful method for discovering authentic motivation is conducting means-end-analysis to understand the root of why I want to meditate daily:

Means-end analysis validates the deepest logic for why we want things. If I can justify my reasoning (the desire to grow Sidekick), I can use that as a "motivational reminder" when I don't feel like meditating.

Step 2: Simplify the goal into a daily habit, then schedule on the calendar.

Meditating every day for 20 minutes can be simplified by creating a "ladder" to my goal.

I'll start meditating at one minute per morning, then increase it by one minute per week (until I hit 20 minutes). Here's how it looks on my calendar:

This trend continues for 20 weeks, until I am meditating for 20 minutes per day. By starting at one minute, then incrementally increasing each week, makes it easy to hold myself accountable.

Step 3: Define your trigger and reward.

It starts with a trigger, which causes an action, which leads to a reward. A trigger can be anything, but I suggest choosing a trigger from our daily routines (ex. showering, brushing teeth, laying down in bed, etc.) since it won't get skipped. The reward is positive reinforcement for the action we just completed.

For my trigger, I chose showering. When I get out of the shower, I know it's time to meditate because I've habitually trained myself to meditate immediately after showering. I'll then eat breakfast as my "reward." It looks like this:

Thus, i never shower and eat breakfast without meditating between. The trick is picking a trigger and reward that are consistent in your everyday schedule.

Use this method to make ANY habit stick.

You can do this for any habit.

Wanna run more? Use your alarm clock (i.e. waking up) to trigger yourself to put on your running shoes, then incrementally increase your run time (start small, even at just two minutes). Reward yourself with a shower.

Wanna start flossing? Use eating dinner to trigger yourself to floss. Start by only flossing one tooth, then floss one extra tooth each time. Reward yourself with brushing your teeth.

Wanna check email less? Use designated times (ex. 1pm) to trigger checking your email. Start by giving yourself multiple times throughout the day, then slowly narrow it. Reward yourself with a chocolate after checking email in less than 15 minutes.

However, even if we're using this methodology, we occasionally still fall off track. We're busy. We forget. We accidentally skip a day. So unless you have a system for holding yourself accountable, it's easy to lose progress on new habits.

Later this week, I'll share the accountability system used by an award-winning entertainer, who is worth over $800 million. He has starred in TV sitcoms, won Emmy Awards, and sold out Madison Square Garden. He transformed himself into a star, primarily attributed to this habit-building system.

All email subscribers (subscribe below) will receive his habit-forming methodology later this week.

Until then, I'm happy to answer any questions below about this habit-forming process.